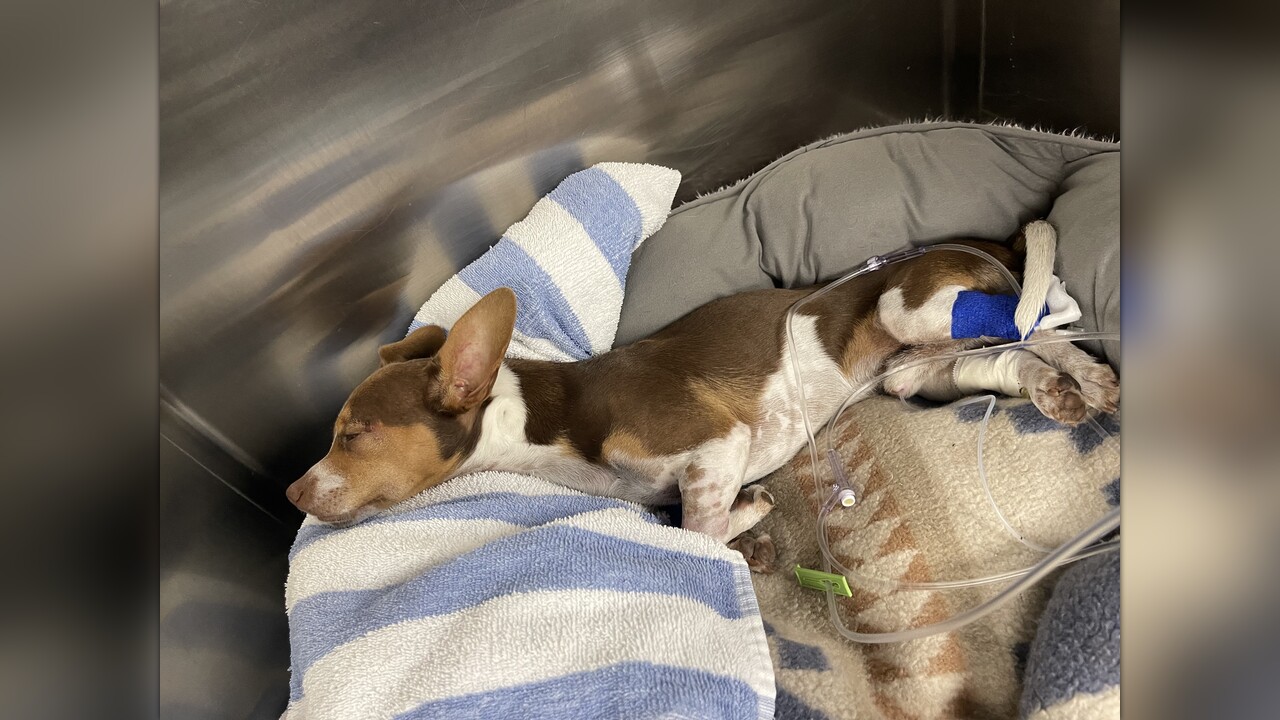 The shelter blast had gone out twice. A little boy has been hit by a car in Broward County and brought to the shelter with a massive head trauma. His eyes were swollen and bloody and the shelter is not equipped to provide triage care for injuries like this.

They used everything they had to help him- they got him on fluids and gave him pain meds and then more pain meds to try and get him comfortable. They took his photo and blasted it out to the rescue community and then the did the only thing they could do, they waited.

Nothing. Nobody stepped up.

They kept an eye on him and watched the clock as it would be inhumane to let him go overnight without emergency care that, through no fault of their own, the shelter is not equipped to provide.

They wanted him to have a chance.

They did the only thing they could do to help him.

They were running out of time.

They blasted him out again.

And held their breath

It was the 2nd time we had seen his photo. He was straight up a chi with Ears sky high. We have a horrible time placing “up eared” dogs.

We couldn’t imagine how much pain he was in.

The last thing we needed was an up eared chi with a massive head trauma.

A transporter stood up and walked out of work to head to the shelter who knew we were on our way. They shelter was beyond relieved and grateful that he was going to have a chance. They got him ready to be transported.

LeadER was alerted we were incoming with a head trauma and Dr Ghatas  was briefed on his condition and immediately got him on oxygen, got his vitals and after some fluids his blood pressure came up.

X rays revealed contusions on the boy we have named Oziel’s lungs and the first 24-48 hours after head trauma are the most important to determine if his brain is going to continue to swell.  Oziel has been transferred to Dr Stavros, Critical Care Specialist, who is currently overseeing his care.

We are not out of the woods by any stretch but we have fingers and paws crossed that we can save him. Can Oziel count on you for a donation of any amount to help cover his care so that we can be there not only for him, but for whoever is out there and will have nobody to come for them but us.