Chevy's Abscesses Blew Out Through His Face
Contribute

No thanks
Chevy's Abscesses Blew Out Through His Face
✖
Gallery (4) 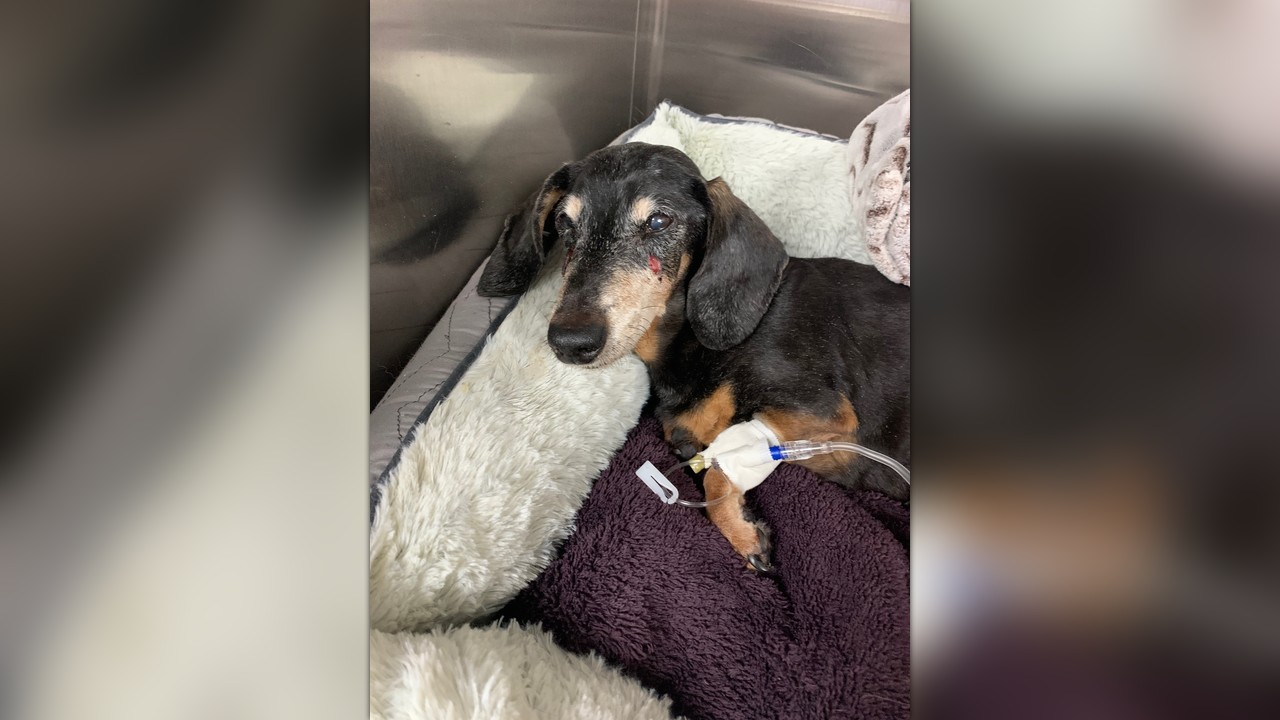 We can't imagine the pain this little guy has been in or for how long... DRSF received a call for help for a senior doxie who had been found "in the woods" in Miami (we are not sure were the woods are in Miami, but rescue doesn't always make sense) and was found with two holes in his face - one on either side.

When we saw the photos, we knew immediately what it was.  The little man we have named Chevy had two abscess teeth, that got so infected, with so much nasty stuff, that was under so much pressure, it had to have somewhere to go, and the infection "blew out" holes on each side of his face.

Can we help? Yes, absolutely, we will take the senior boy with the horrible abscesses.

Chevy made his way to LeadER where he was immediately started on abx, fluids, bloodwork, and tried to get him to eat.  We don't know a whole lot about his condition, but we know that he will need to be at LeadER for a while to get him stable and clean up his mouth, and we are back again, to ask your support to make a miracle.

In 48 hours we have gone from "puppies with dislocated hips and broken legs" to "senior strays with severe abscess teeth".  You make it possible for us to say Yes.  Will you help us say "Yes" for Chevy?

Activity highlights See all54
NEW Thank you emails can now be sent directly from the Transactions page.
Alternatively you can still leave a comment here.