✕
Kathleen Juliano would like you to see Winos Save Rhinos from Extinction!!!
Please contribute now

No thanks
Winos Save Rhinos from Extinction!!!
SubscribeUnsubscribe
✖
Gallery (2) 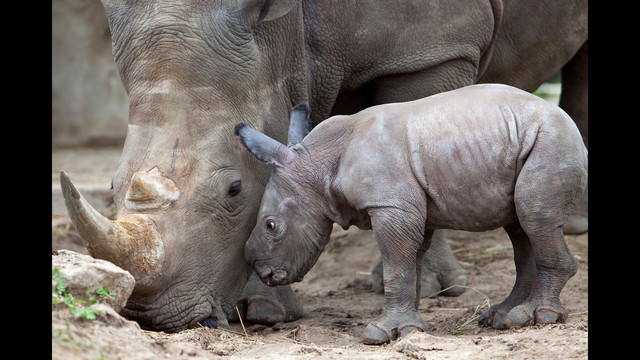 The American Association of Zoo Keepers’s (AAZK) Bowling for Rhinos (BFR) fundraiser provides zoo keepers of the world with an avenue to raise funds and awareness for rhino and habitat conservation.

AAZK’s national BFR fundraiser began on a small scale and is now the signature conservation effort of AAZK. BFR events across North America raise over $450,000 annually.  Recruiting additional partners and events will help AAZK to reach our goal of $600,000 every year.

AAZK realized that the zoo keepers of the world were extremely conservation oriented and wanted to help save rhinos and their habitats, yet did not have the financial resources themselves to make any significant impact. That’s when the idea came to start a national bowl-a-thon called Bowling For Rhinos.

Many chapters of AAZK participate in these events to raise funds for this very worthwhile project. By supporting Redwood Coast AAZK Fundrzr effort, you are contributing to our annual effort - our Winos for Rhinos fundraiser!

In 1990, AAZK began by supporting the Lewa Wildlife Conservancy (formerly Ngare Sergoi Rhino Sanctuary) in Kenya and has since expanded the program.

The beauty of the idea is that these fundraisers are organized by volunteers who donate their time and organizational skills to help raise money to send directly to the places in need. Since all the people involved are volunteers, 100% of all donations are sent directly to these in situ rhino conservation areas!

Who does BFR support?

In Kenya, Africa, BFR supports the Lewa Wildlife Conservancy where our donations help protect both black and white rhinos and most of the other species native to East Africa.

BFR also supports Action for Cheetahs in Kenya. Cheetahs share much of the same habitat as rhinos and by working to conserve cheetahs we are also saving rhinos and the countless other species that call that habitat home.

Total Funds Raised to Date since the inception of BFR:

Kathleen Juliano is managing the funds for this campaign. The campaign is for a personal cause.