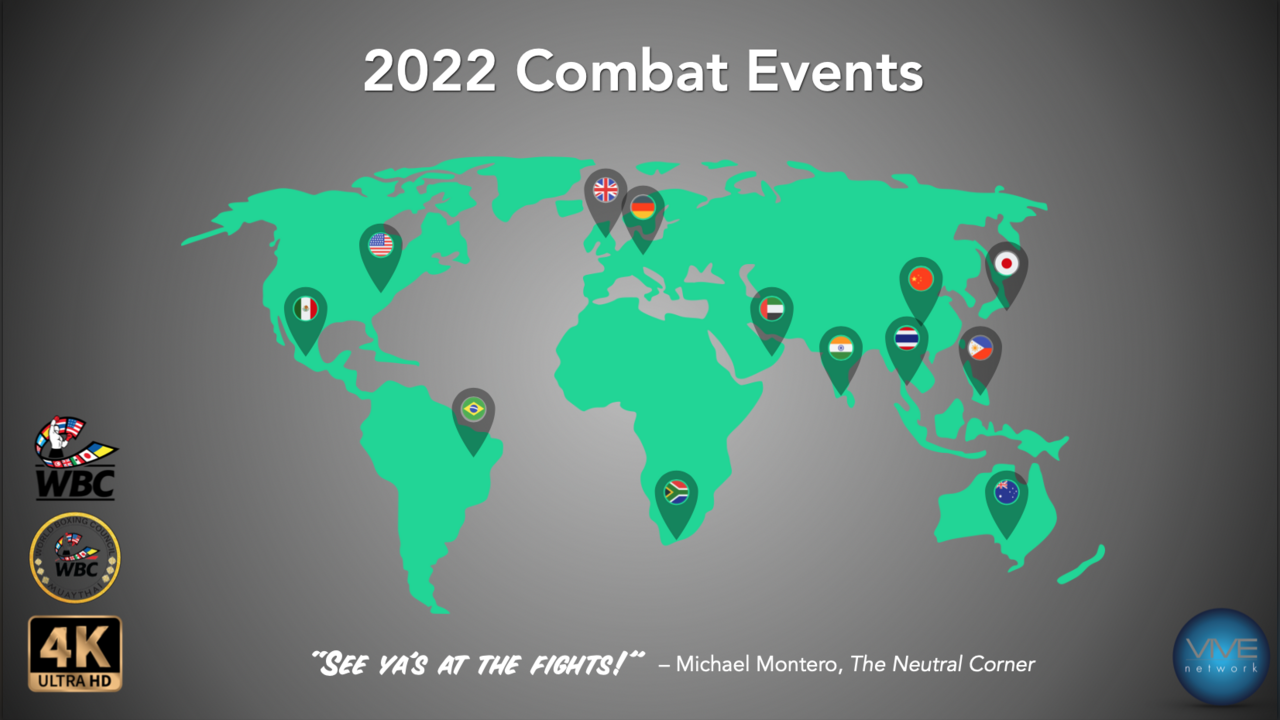 Being a Boxing Fan Ain't Cheap.

Let's Combat the Status Quo Together and Set Boxing Free.

THE POINT OF THIS CROWDFUNDING CAMPAIGN AT A GLANCE

PROBLEM: Live boxing is fragmented and expensive even for fans at home. Major broadcasters showcase athletes with long records and notoriety to sell tickets and advertising*. Boxing is also geofenced thereby shutting out fans in different parts of the world.

* There's nothing wrong with relevant advertising, but the viewership is already limited by the paywall.

SOLUTION: Reduce the cost of live production, stream a continuum of live events for free worldwide, garner a massive fight fanbase, and let the sponsors and advertisers pay for the events. Give promoters and fighters visibility on a global stage, telling their stories and elevating their profiles, ultimately helping them rise through the ranks that much faster.

HOW YOU CAN HELP:

The World Boxing Council (WBC) and VIVE Network have been working in unison to agglomerate the first-of-its-kind, round-the-clock professional boxing channel, WBC LIVE. The entertainment hub debuted in September 2021 as a freemium service available via the web and connected devices worldwide. Programming includes weekly commentary shows, such as The Boxing Authorities, legacy content featuring infamous fights and fan favorites, as well as plenty of promotional content profiling upcoming fight cards and athletes.

As the pandemic of 2020 all but annihilated live sports, it served as the single greatest impetus for this massive undertaking. WBC and VIVE stepped into the professional promoters’ and athletes’ corner with a strategy to counter-punch venue closures and lost ticket sales. Backed by world-class broadcast and technology partners, WBC LIVE will empower promoters to stream and monetize more fight cards – both title and ‘regular season’ of various divisions and denominations – than ever in the highest quality without the cost prohibitive production price tag. VIVE Network has devised a plan to employ virtual production. The goal is to level the playing field for promoters of all scales by providing a platform to expose their talent in a more ubiquitous setting and propel their professional careers.

“Our mission is to provide professional boxing athletes and promoters the means to combat hindrances and sustain their livelihoods,” says John Jacaman, VIVE Network Director. “It’s the biggest thing to happen to the sport of professional boxing in years.”

The 24/7 channel appeals to sports fans with an appetite for premium broadcast events who own the multi-millions of UHD HDR-capable displays, yet have scarce access to UHD HDR entertainment. Fight fans around the globe eager to witness the action can access VIVE’s free downloadable app available via various app ecosystems, including iOS, Amazon Fire TV, Google TV (Android TV), and Roku Channel Store.

“We are very excited to accomplish the dream that my father, José Sulaimán, pursued for many years: to spread the talent of young boxers from around the world, through the WBC LIVE Channel. Today, more than ever, we need to support promoters with innovative schemes within the WBC global platform,” says Mauricio Sulaimán, World Boxing Council President. 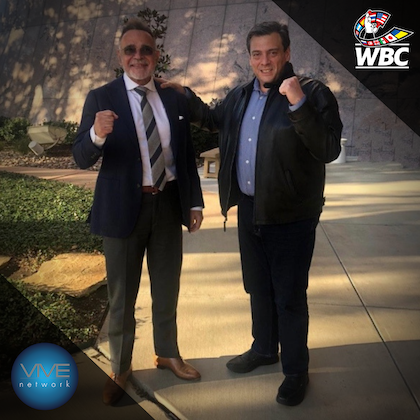 The easiest way to access the freemium fight fan channel may be by visiting VIVE's browser-based Web App (opens in any browser at keepboxingfree.com). VIVE TV's Roku app is available either by searching ‘VIVE TV’ in the Roku channel store or download at the link below.

Meanwhile, VIVE TV Network is revamping its native iOS, Android mobile + TV, and Fire TV apps to enhance your linear entertainment viewing experience. One of the most exciting crowdfunding campaign objectives is to re-engineer the apps to accommodate WATCH PARTIES and 4K HDR live entertainment experiences… that will be FREE.

Transparency in any fundraiser is important, so here are some of the ways that this campaign's contributions will be allocated: 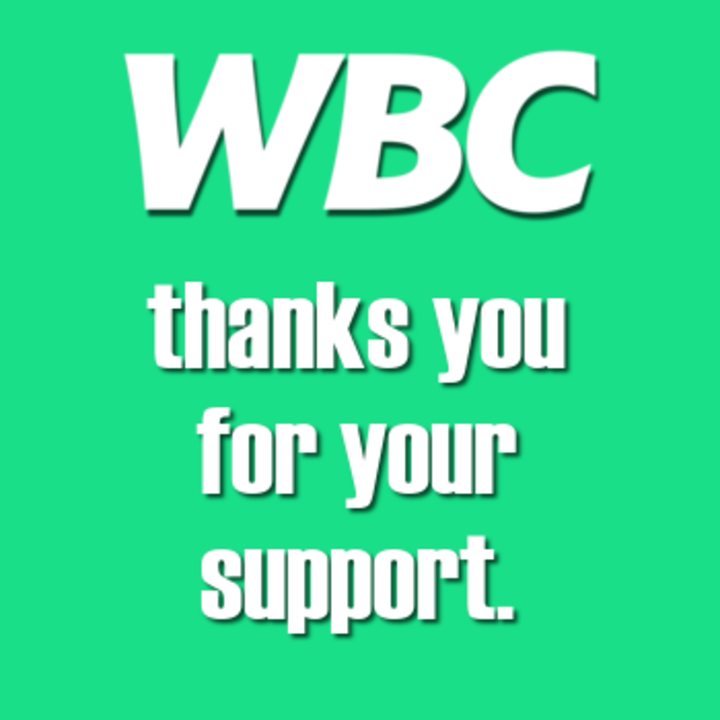 Your name will appear in a list of contributors on a dedicated web page acknowledging all of the campaign backers, regardless of contribution level. 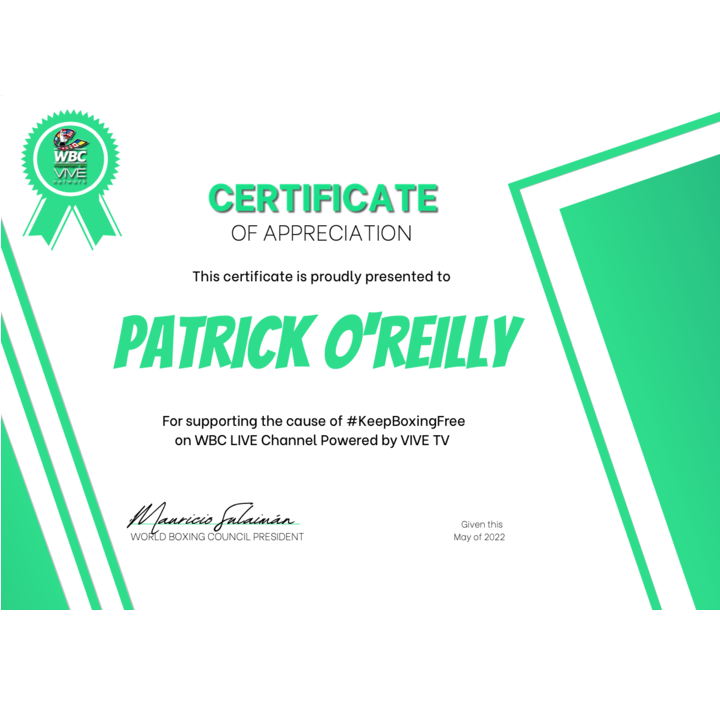 In addition to having your name listed on the campaign backer acknowledgement page, you will receive a high resolution PNG or PDF certificate of appreciation bearing your name. 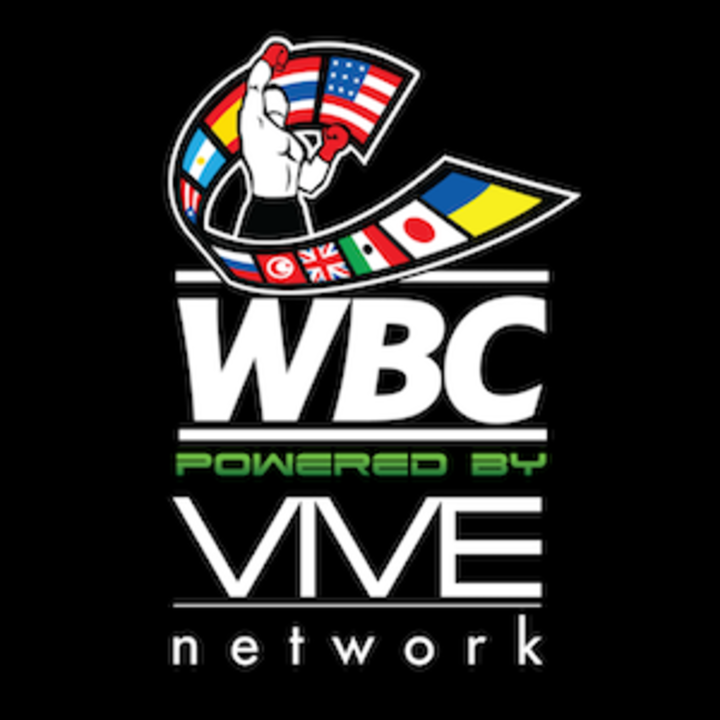 A member of the WBC LIVE Channel Talent Team will mention your name and location (city, country) during an episode of one of the following: The Boxing Authorities, Ring Talk Worldwide, The Neutral Corner, WBC News, or Fight View 360. Your name will also appear in the respective episode's closing credits. 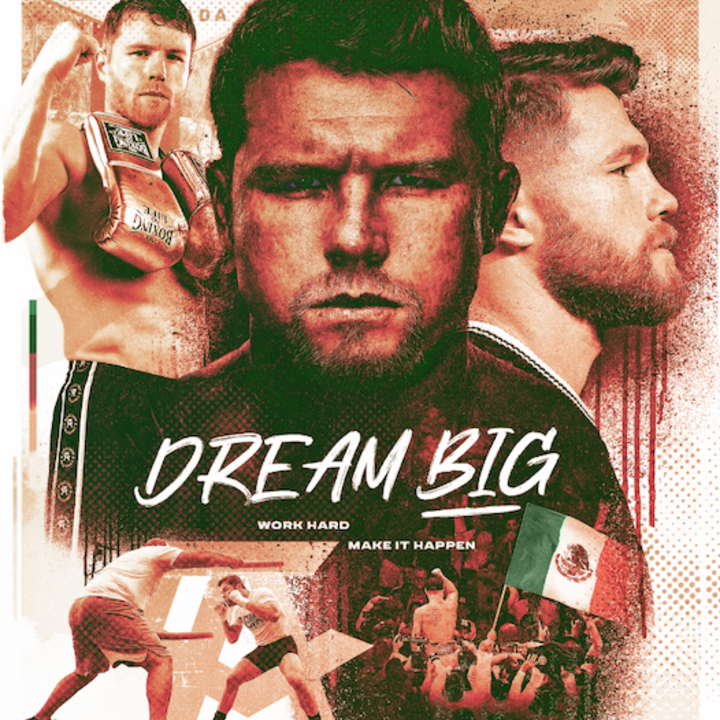 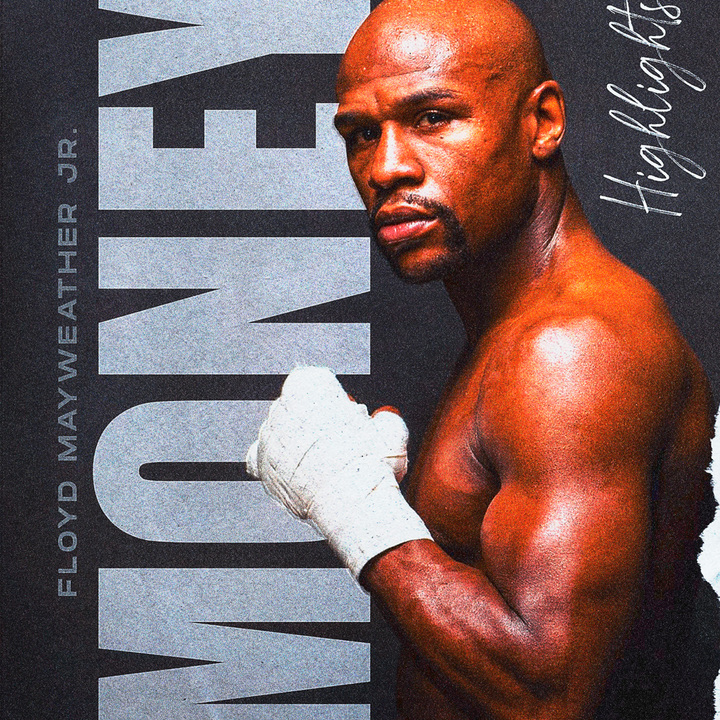 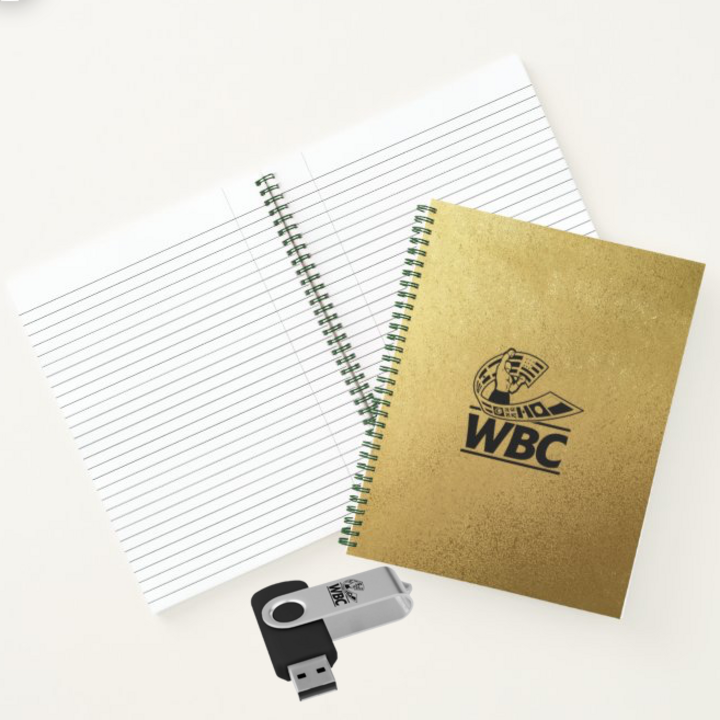 Whether you're jotting notes or writing digital files to storage 🗃, elevate your office essentials with a hardcover spiral notebook 🗒 (inspired by our very own Smokin' Jim Frazier of The Boxing Authorities  – IYKYK 😉) and flash drive, both available exclusively as #KeepBoxingFree crowdfunding campaign rewards. 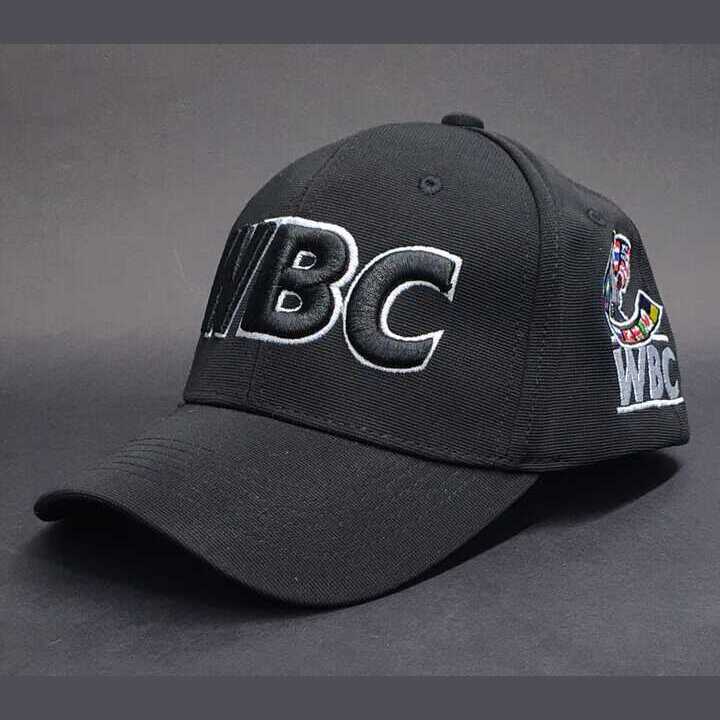 This reward is a one-of-a-kind combination of WBC swag typically reserved for special occasions and WBC Champions. Show off your super-fandom year round sporting any one of these five (5) specialty items available exclusively as part of the #KeepBoxingFree crowdfunding campaign rewards. 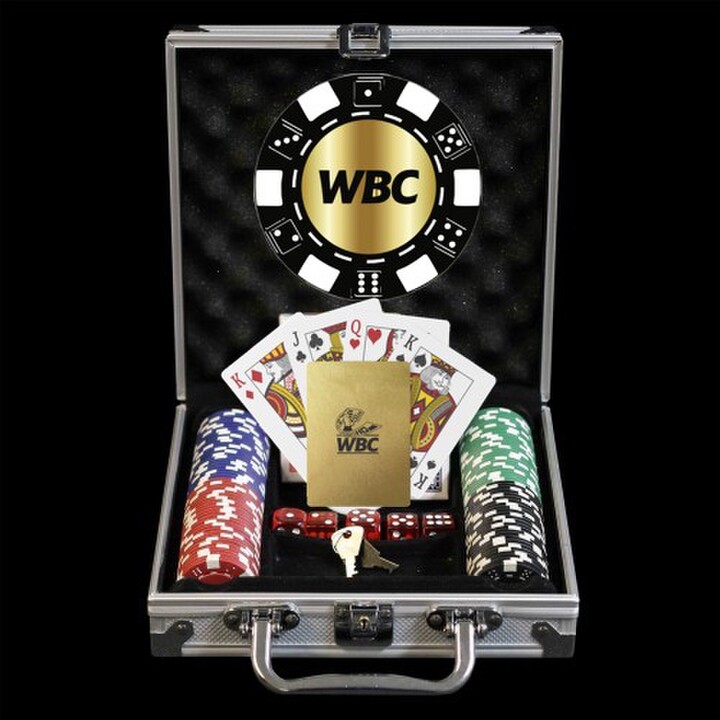 What's a more iconic combo than casinos 🃏 and boxing 🥊?! Here is your chance to own one of a limited production personal WBC-branded poker set. Just add mad skills and knockout the competition with this sharp kit available exclusively through this crowdfunding campaign!

Shipping available worldwide for an additional cost. Duties & customs may apply depending on destination country which may also delay delivery time. 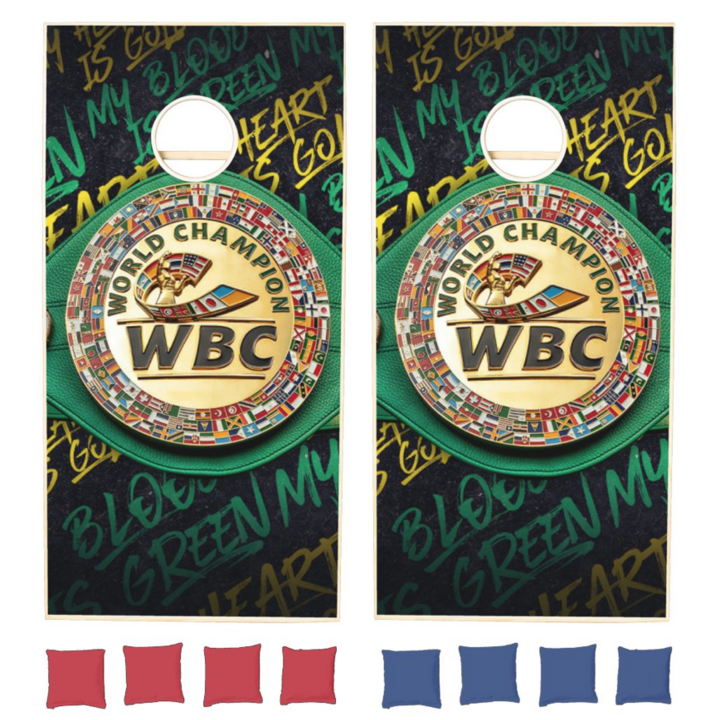 Bring your A game to your next backyard extravaganza with a custom WBC Championship Belt cornhole set! Made with the highest quality craftsmanship and materials, these boards can endure the most epic Red Corner vs. Blue Corner games imaginable.

Due to cost-prohibitive international customs & duties, shipping available exclusively to US physical addresses for an additional cost. 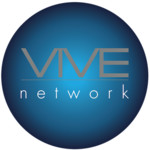