No thanks
Help fund The Taddle Creek Book!
SubscribeUnsubscribe
✖
Gallery (4) 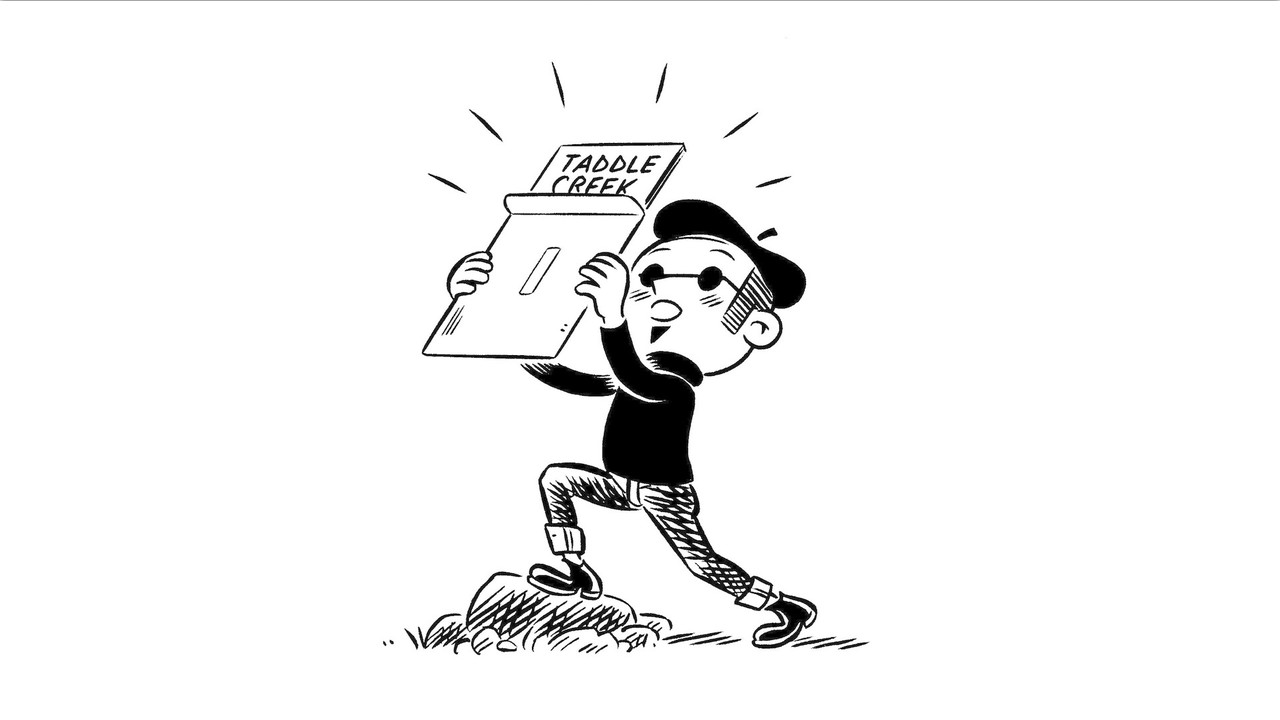 Taddle Creek is calling it a day this fall, after 25 years and 50 issues. So many memories ... But memories are ephemeral and don’t look so hot on a bookshelf. Solution: The Taddle Creek Book!

Now you can remember your favourite magazine forever, with this 352-page hardcover collection of fiction, poetry, features, and comics (not to mention a grammar rant or two), featuring 32 pages of colour comics, a cover by Hartley Lin, and original endpapers by Matthew Daley.

Such a lavish collection isn’t cheap to produce, and, for once, taxpayer-funded grants, sadly, are not an option. The Taddle Creek Book can only become a reality with your help. Be a hero and help to fund The Taddle Creek Book today. (Not a fireman or astronaut type of hero, but a hero nonetheless.)

Along with receiving a copy of the book in return for your support, you’ll also be entered in a draw for one of several prizes, including three complete collections of the magazine and several autographed book bundles.

Don’t miss this final chance to show Taddle Creek how much you care! 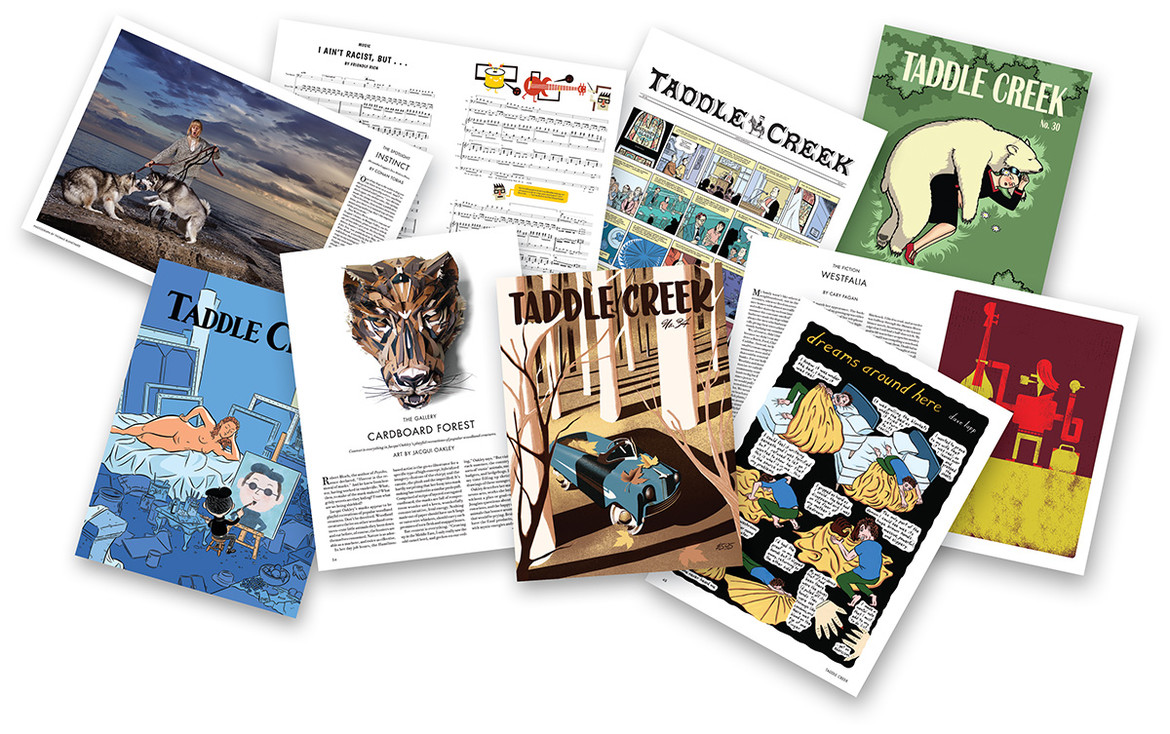 “Taddle Creek shines a light below the surface, illuminating what is new, now, and next in our part of the literary world.”
—Camilla Gibb (This Is Happy).

“Taddle Creek is a periodic compendium of invention and investigation; an off-kilter balance of the witty and touching, the intelligent and the insightful, featuring fiction, poetry, and thoughtful explorations of the urban, along with sorry-but-not-sorry opinions about grammar and style.”
—Gary Barwin (Yiddish for Pirates).

“Taddle Creek is smart and funny and insightful and sensitive. It’s a lot of other things as well.”
—Seth (Clyde Fans). 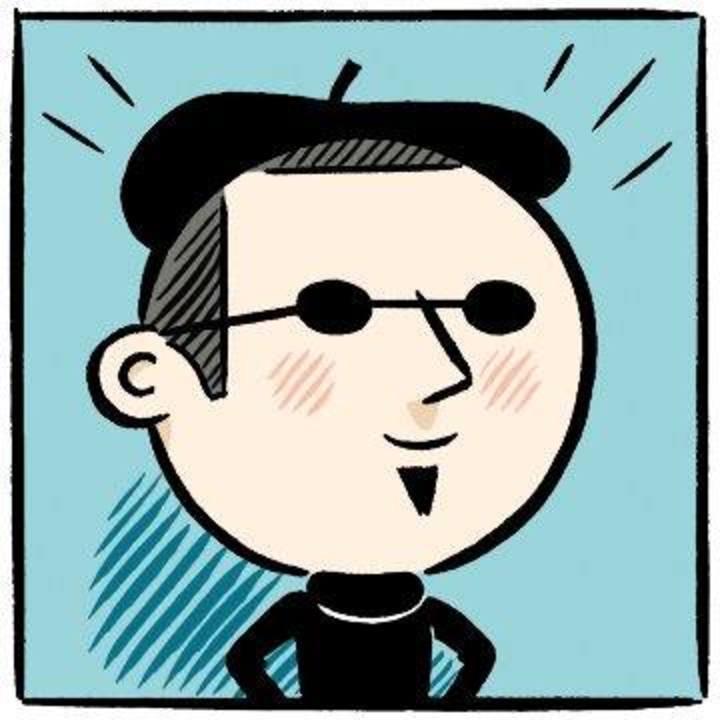 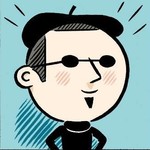