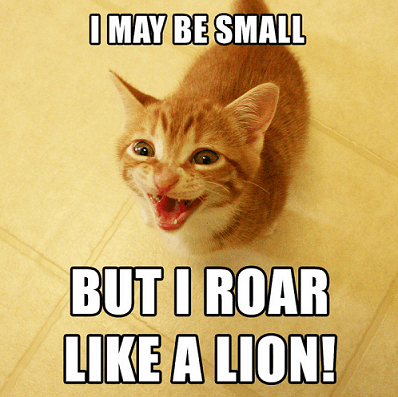 Marmalade the ginger cat is an Internet Celebrity, with a following of over 63K YouTube Subscribers and 23K Facebook Followers. After x-rays showed a mass in Marmalade’s intestines, emergency surgery was needed to remove it. The mass was unfortunately cancerous and Marmalade also tested positive for FIV which is the likely cause of him becoming sick so early in life. To ensure Marmalade will be around for a long time he will need to undergo chemotherapy treatment that will cost up to $12K. Marmalade’s friend (owner) Chris Poole has turned to Marmalades fans to help cover the costs.

Chris has reached out to the fans that have enjoyed Cole & Marmalade videos, appreciate the work he does for cat adoption and have smiled at Marmalade’s silly antics, ‘purr-lease’ give what they can. We spoke to Chris on how he managed to exceed his goal of $12K and get funded from a community of over 400 supporters in just 30 days.

What were you raising money for?

“We originally were raising money to cover the cost of emergency surgery on my cat Marmalade, unfortunately the surgery revealed that the tumor we removed was cancerous, so now I updated the campaign to help cover chemotherapy costs.”

Why did you decide to turn to crowdfunding?

“Several of our followers recommended setting up a page so they could contribute to the vet bills.”

How did you initially promoting your campaign and get so many supporters?

What was a challenge you faced while crowdfunding?

None really, except for keeping up with replies (thank you’s and updates) on the page after people donated, but that’s a good thing!

What was the highlight of your crowdfunding experience?

“It was great to know so many people were behind you and willing to help Marmalade!”

Do you have any advice for others who want to start crowdfunding?

“Don’t feel bad about asking, I did at first but soon realized there’s a lot of good people out there who want to contribute and help worthy causes.”

Click Here for a fast and simple way to to raise money for your pet.
Did you enjoy this post?
Share it with your friends!
Back to the blog
Search