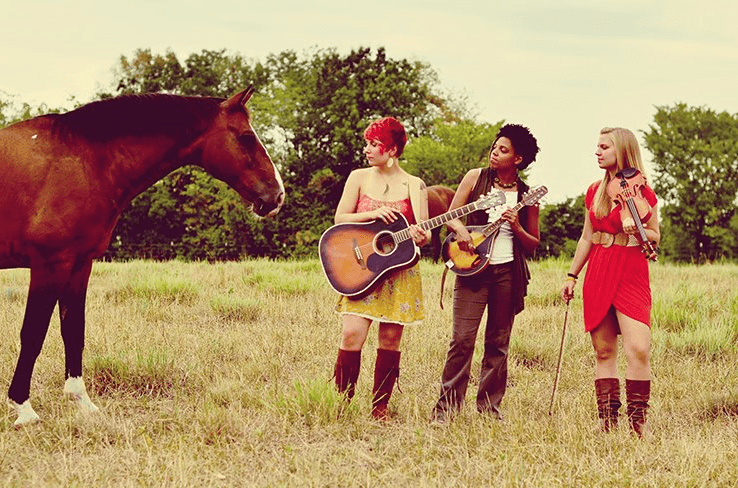 How To Foster A Community Of Fans

The Nation of Love is an independent record label from mid-Missouri created by and for musicians.The Nation of Love’s mission is to create fresh inventive art with musical sounds. From March 14-21, they will embark on their first label-wide tour, performing in Austin, Texas playing several unofficial showcases during SXSW. This is one of the best times to get music heard by a large group of people and make meaningful and important connections in the industry. I spoke with Violet Vonder Haar from The Nation Of Love about how they’ve managed to bring their fan base together to crowdfund the costs of their tour.

Watch their video pitch below

1. What are you raising money for?

“To fund The Golden Hour Tour, a 7 day tour for a Columbia, Missouri based, independent record company, The Nation of Love. Featuring: Ruth Acuff, Violet and the Undercurrents and Future Kings.”

2. Why did you decide to crowdfund to raise money for your tour?

“We chose to crowdfund for a variety of different reasons:
1. For the obvious…We didn’t have all the funds to successfully pay for this tour.
2. One of the bands on our label that I manage, Violet and the Undercurrents, ran a successful crowdfunding campaign for a recent tour. It was a great way to include our fans in on what it is we’re doing, and to allow them to support us, even if they’re unable to attend our shows.
3. We at The Nation of Love really stress community and collaboration. By funding our tour with FundRazr we have been able to foster that community. People who donate to our campaign will forever hold a special place in our hearts as people who truly support independent music and art.”

3. How did you initially promoting your campaign and create a community of support?

“Our first set of promotion was through our Nation of Love email list. Since then, we have promoted through Facebook, Instagram, Twitter, local press, as well as through personal messages and word of mouth.”

4. Did the record label get band members to each reach out to their fans too?

“We have! It’s worked well because of the number of people on the label who have separate fans behind them, supporting what we do.”

5. How has working with a team of promoters helped your FundRazr?

“In some ways, it’s been very helpful! It’s been great having more than one or two people pushing the campaign on social media and through word of mouth! That’s not to say it’s been completely easy. I think some band members have struggled more than others in reaching out. It’s not an easy thing to ask for money and sometimes it can feel daunting to be asking every day! However, this is a project that both myself and our label manager, Phylshawn Johnson, truly believe in. We believe our artists make music that people need to hear.

Half way through this campaign, I read a very inspiring speech that I stumbled upon through Facebook, written by Karl Paulnack. Reading this was a big inspiration to me as a musician as well as someone who truly believes in the music written by all of The Nation of Love artists. It gave me that extra nudge and drive to continue to promote, even when I felt I was getting annoying, as well as to encourage all the members of each band to do so as well.”

6. What has been a challenge you faced while crowdfunding?

“So far our biggest problem has been Facebook suppressing our promotional posts. They are now limiting posts by how promotional they are, unless you pay to have your post promoted. We currently don’t have much of a budget for something like this. This is why I believe our personal messages sent to friends, fans and family have been the most important part of funding the campaign.”

7. What has been the highlight of your crowdfunding experience so far?

“Seeing the generosity of our community has been humbling and inspiring. Knowing we have our community behind us, supporting our endeavors, makes this tour even more worth doing.”

8. Do you have any advice for others who want to start crowdfunding?

“Activate your fan base. Don’t be afraid to let people know about your campaign, and to remind them about it too! You must always be promoting it, and letting those who have given, know you appreciate their support. I’ve really enjoyed our experience on FundRazr It’s been a really simple process, which I appreciate.”

9. What’s next for your record label?

“The Nation of Love released 4 albums in 2014. Our goal in 2015 is to continue to promote those albums through touring and networking, as well as release new material.”

Click Here to learn more about The Nation of Love and their upcoming tour.