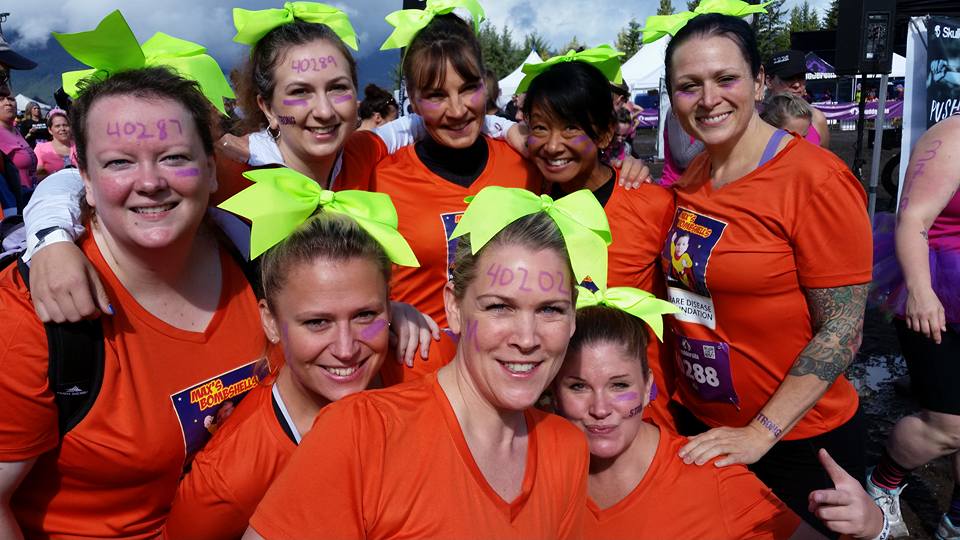 One Woman’s Foray into Fundraising for the Rare Disease Foundation

This guest post was written by Allison Jones on behalf of the Rare Disease Foundation in support of Rare Disease Day on February 29th.

I never would have thought that I would be involved in fundraising but after having my second child, who is now five, things just kind of took off… in particular in the past year! Life changes after having a child with special needs. I used to have a career working long hours as a Trademark Agent but after Max arrived, that was no longer possible. There were so many appointments and therapies; I just couldn’t juggle a career, two children and the countless medical appointments. My son Max was diagnosed with Weaver syndrome, a rare overgrowth disorder, as well as Polymicrogyria. Polymicrogyria is a rare brain malformation that causes developmental delays. He can’t walk yet and we are working on getting him to speak one day. If that weren’t enough Max also has epilepsy and has frequent seizures. My little guy also uses a wheelchair as his main mode of transportation. Despite his challenges, he’s a happy guy and just started kindergarten at Capilano Elementary this past fall.

I didn’t even know the Rare Disease Foundation existed until my friend told me about it when Max was 7 months old. She has been urging me to join. I finally decided to attend my first meeting when Max was almost two years old. Meeting the parents was truly eye-opening. When you have child with so many extra needs you kind of live in a bubble thinking you are all alone but after meeting all the families, you realize that you are not alone! While each of them have children struggling with different rare conditions there is a commonality…we are still all going through the same struggles and stress! It’s like one big family!

Last year, Max’s support worker at his daycare, Christy Slusarenko tossed out the idea to run an obstacle race for the Easter Seals called Woman2Warrior (I met Christy at Max’s daycare. We chatted every day and just became really good friends). The charity sends disabled children to camps. Knowing that Max would be attending one of those camps in the future I happily agreed. Back then we were a team of three and raised over $900. We dubbed ourselves “Max’s Bombshells”! We had such a great time that we were all ready to dive into another race immediately afterwards! The three of us signed up to do the Whistler Mudderella, a non-competitive, five to seven mile long, muddle obstacle course designed by and geared primarily towards women. Our team started out as three and ended up being a team of 8 amazing women.

While the race was raising money for breast cancer, a very worthy cause, we wanted to see how we could also raise money for the Rare Disease Foundation. The parents at the Rare Disease Foundation have been a tremendous support system. I couldn’t have gotten through a lot of it without their support. They’ve become almost like a second family. All of the amazing programs that they do for families – I just wanted to help keep that going. Whatever I can do to help, I’m all over it!

We came up with the idea of hosting a fundraiser leading up the Mudderella event. The event was held in a pub in Port Moody; we had a silent auction and sold tickets which included a burger and a beer. We also set up a fundraising page where everyone could donate money. It turned out to be a huge success and so much fun! We raised approximately $6,500 in total – all of which went to the Rare Disease Foundation! We had such a great time and we were so pleased with our results that we are doing it again this year! We’re hoping this year will be bigger and better than last year!

If you’d like to raise money for the Rare Disease Foundation, or any other registered North American charity or nonprofit, start a campaign using our charity fundraising tool where the money gets transferred to your chosen charity without you having to handle the transfer and paperwork. Just start a campaign and add your team to start promoting and fundraising for your cause of choice..

FundRazr is designed for researchers, doctors, patients, friends, and family to raise the money they need, when they need it, and we hope you’ll join us in support of Rare Disease Day on February 29, 2016.