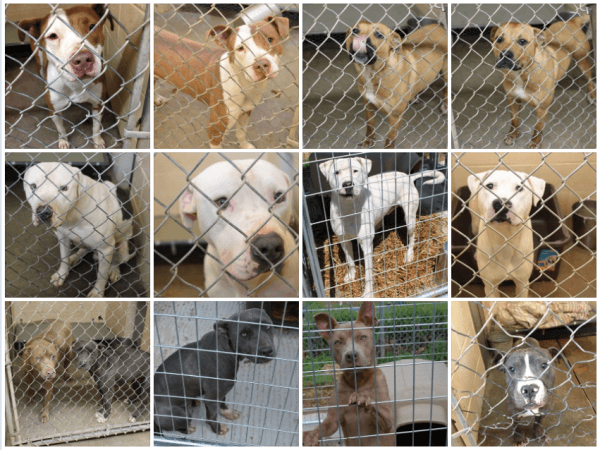 In a desperate bid to protect the welfare of a band of furry creatures who could not petition for themselves, Clayton County Animal Control in Jonesboro, GA, recently launched a last-minute crowdfunding campaign to save “the incredible lives” of 20 dogs on the threshold of euthanasia.

Mercifully, Partners for Pets’ efforts proved successful — and they did so in a splendidly simultaneous demonstration of the power of crowdfunding and human kindness, both.

“Flash Fundraiser,” the FundRazr page devoted to the cause announced on Thursday, May 1, 2014, “Help Save These Dogs by Friday.” Below this bold appeal, 20 heartbreaking photos of dogs look out from behind their enclosures, all baleful eyes, cocked heads and flopped ears.

The text goes on to explain that 20 pooches were scheduled to be euthanized 24 hours hence, unless $350 could be raised, per dog.

It was a gutsy move. Typically, humane societies succeed in crowdfunding by creating single campaigns for single animals, each with an achievably low goal. But the dire circumstances of this multi-dogged dilemma called for extraordinary measures. What’s more, the organizers put stock in the fact that they’d never asked for such a large donation before, and were hopeful that the loyal community they’d cultivated would rally to the cause in acknowledgement of its evident exceptionality.

They posted the call, with its lofty goal of $7,000 established, and let fate take over.

The hours ticked past.

And the community rallied. Inside of the first energetic hours of the campaign, almost $4,000 trickled in. And then things slowed. And the deadline approached.

In the end, it was a dramatic, under-the-wire play that saved the day. A man named James Benamor donated the $3,000 balance. And all the dogs’ lives were spared.

Underneath news of this development, a ribbon of messages expressing heartfelt gratitude for the kindness of this dog-loving soul unfurls. “James you are an angel right here on earth,” one enthuses.

And another, appropriately, praises his generosity thus: “Oh my Dog!”