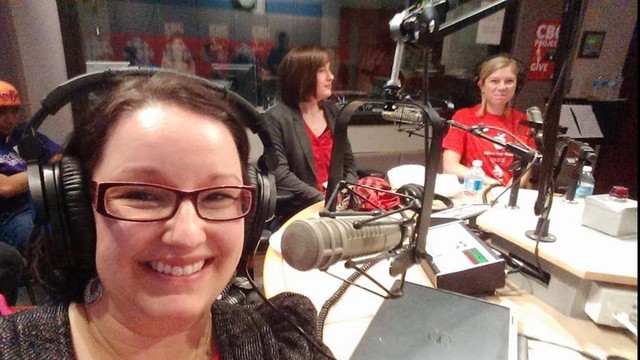 Erin Is Cooking And Crowdfunding Her Way To England

For the past eight years, Erin Thornton has studied and cooked 12th to 16th-century historical recipes and menus for a local Society of Creative Anachronism (SCA) group. Erin has cooked feasts for over 100 people with only period recipes, and her dream has been to cook a full 16th-century Tudor feast at Hampton Court (King Henry VIII’s palace).

In November 2014 Erin Thornton was selected as a finalist for the CBC ‘All in a Day’s Food Fantasy’ contest for their Project Give campaign in support of the Ottawa Food Bank. In return for coming third in the contest Erin was invited to cook at England’s historic Hampton Court Palace this summer. Erin started a crowdfunding campaign to pool together the funds to get to England. I spoke with Erin on how she gathered support before launching her campaign, and CBC Radio promotion.

1. Why did you decide to turn to crowdfunding?

“I have had many family and friends say that they would give me some money towards this lifetime experience So I figured that maybe others would be interested in my dream to cook at Hampton Court Palace.”

2. How did you initially promote your campaign and create a community of support?

“I had been talking to many friends and family about my opportunity, so that when my campaign launched it wasn’t out of the blue. I made sure that my Facebook connections were good and that I used email and Twitter as well. I have also set up a blog which will help me post all about my experiences. I am also lucky that in the next few months, CBC Radio will also help promote my campaign. I try to remind family and friends that if they can share my story it will help my campaign.”

3. What has it meant for your fundraising efforts to be able to integrate your campaign into your blog?

“I really think having the QR code and widget made a huge difference. I was able to be direct on my campaign page and have more explanation on my blog. I like having the ability to link the two sites. Also if someone happens across my blog, then they can contribute if they want to without specifically knowing I had a campaign going.”

4. What has been a challenge you faced while crowdfunding?

“Not repeating myself or over sharing my campaign. I don’t want to inundate my followers with constant updates and bore them, but I don’t want to lose their attention either. It is a fine balancing act.”

5. What has been the highlight of your crowdfunding experience so far?

“Getting donations from people I don’t know. Strangers that think my dream is good enough to support. It is wonderful feeling. I love how easy this was to set up, all the information was available from setting up Paypal to how you can get the best results. I love that I have access to my funds right away and everything is so easy to do.”

6. Do you have any advice for others who want to start crowdfunding?

“Make sure you have all your social media items ready to go in advance. I started building my blog and other social media items (Facebook page, etc.) before I launched my campaign. Also having someone to edit what you want to say makes a huge difference. I haven’t posted a video yet, but I am working on that. I would have liked to have that ready to go before I launched. If you can do it, do it!”