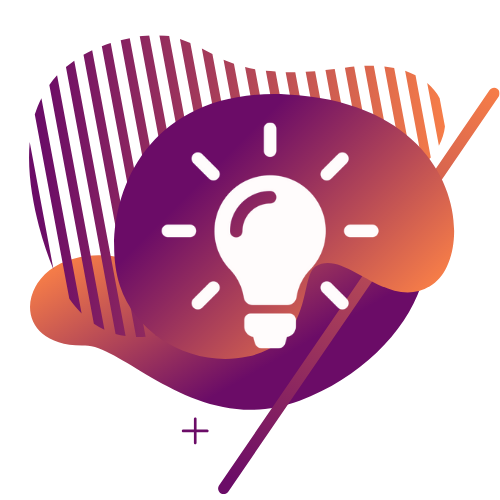 A Guide to Magical Giving Tuesday and Year-End Crowdfunding Campaigns

There’s pros and cons to this accelerated charitable season. While it might save you time to concentrate your fundraising activities into a shorter timespan, you’ll need to be seriously organized and dedicated, as well as compete for attention with many other fundraising campaigns and other holiday happenings like big celebrations, retail sales, and family vacations.

The templates and guides are available here

In this guide, we’ll get you well on your way to a truly worthwhile Giving Season, and share even more resources to help you start off the New Year ahead of your budget.

The key taking advantage of 2019’s Giving Season is to start at the right time, and move smoothly from Giving Tuesday into your year-end campaign. The third week of November is the perfect time to launch; you’ll be ahead of the game enough to stand out from the noise, but close enough to December to feel relevant and avoid donor fatigue.

By kicking off your campaign at this time, you’ll be able to seamlessly transition into your year-end fundraising efforts. As Giving Tuesday wraps up, be sure to thank all donors and share updates that communicate the impact of their gifts. Then, it’s the perfect time to roll focus onto the end of the year, and the goals you need to reach to keep your organization growing and thriving in 2020.

That brings us to our next point – for donors to care, your campaign needs to be relevant to Giving Season 2020. That means two things – clear and achievable goals, and a sense of urgency, or ‘why now’?

Avoid general language – campaigns like ‘Support us on Giving Tuesday’ or ‘Help Support our Mission this December’ may be timely, but they are not specific. Conversely, an ask like ‘Help us Feed Hungry Families’ or ‘Let’s Get a New Bus for X School’ are specific, but there’s no sense of urgency or connection to the holiday season.

Instead, create a campaign or micro-project specifically for this time of year. Choose a realistic goal for Giving Tuesday, and a specific, tangible thing you’d like to make happen before year’s end. Support each campaign with a well-written story that appeals to the reader’s emotions and clearly shows the positive effect that meeting your goal will have.

What about ‘Help us renovate our facilities before 2020’, or ‘Help us buy 1000 lunches for underprivileged families this holiday season”?

Being timely means looking to the future as well as focusing on the present. Throughout your campaign, emphasize your nonprofit’s plans for the coming year and how invaluable this campaign will be in helping you realize them.

Maximize all the hard work you’ve done crafting your message by amplifying it however you can. While you may be competing for attention with other initiatives, remember that people are more receptive to hearing about charitable activities now than at any other time of the year.

As a team, brainstorm to come up with all possible partners you could cooperate with to drum up interest in your campaign. Any sponsors you already have should be your first stop – remember, they’re sponsoring you because they care about your work, so chances are that they’ll be happy to share with their own networks of employees and industry contacts. Next, contact media! The increased holiday interest in charitable work means that the press is more likely now than ever to run stories about your campaign or your work as a whole. An urgent, timely ask will boost your chances even more. Think about it: what’s a better story, “This school needs a new gym in the next 3 months” or “This school is looking for donations”?

Finally, don’t discount partnering with other nonprofits. If your work and goals are similar or complementary, you may get farther by combining skills, ideas and resources than you would by running completely separate campaigns. This approach will also help you stand out from the noise: donors may see their donations as more valuable if they’re supporting two charities instead of one.

Thinking outside the box is the key to standing out from the crowd. Add an element of fun to your campaign by using Perks – donors will certainly enjoy the feeling of providing you with a tangible object or service over an abstract sum of money!

You can also get your campaign looking its best by using one of FundRazr’s free giving season templates. Humans are visual creatures, and a beautiful, visually appealing campaign is way more memorable – and seasonally appropriate – than something more standard.

Lastly, don’t underestimate the power of human connection! Take it offline by building a real-world event into your campaign, like a charity gala or polar bear swim. This will make your campaign experiential, social, and memorable. Maybe your event will be so enjoyable that it can be a recurring part of your Giving Season programming for years to come!

To make the most of Giving Season, you’ll need to go in with a game plan. Block out staff hours well ahead of time, and don’t leave things until the last minute. You may want to start discussing how to approach Giving Season as early as the start of September. Spreading out the work will mean that you can have a valuable Giving Season and amazing results without more stress than your team can handle. Once Giving Season’s upon you, use FundRazr’s free promo planner to map things out day-by-day and keep everyone on track.

Say Thanks and Stay in Touch

Here’s an idea – why don’t you start your campaign by saying thank you? Many of the people your Giving Tuesday campaign is reaching will already be caring supporters of your cause. Show them your appreciation by thanking them for their support as you  head into this time of year – it’s part of the holiday spirit, and will go far to making sure they’re part of your community for a very long time.

And of course, stay in touch and thank all your donors on a consistent, rolling basis. Update your campaign daily to weekly with real, tangible evidence of the impact donations are having, preferably with photos and videos of your staff and the people you help. This way, all your donors and supporters will feel included and valued – and doesn’t everyone want to feel that way this time of year?

If you’ve made it through this entire article, you’re probably well-prepared to tackle the most charitable time of the year. Remember, don’t forget to check out our free Giving Season campaign templates, promo calendar, and PDF guide to Giving Season 2019!

Back to the blog