Thank you everybody. Our campaign is now over. ✕
Open The Gates: A 48-Hour Fundraiser for Beth Meyer Synagogue 2022/5783
SubscribeUnsubscribe
✖
Gallery (12) 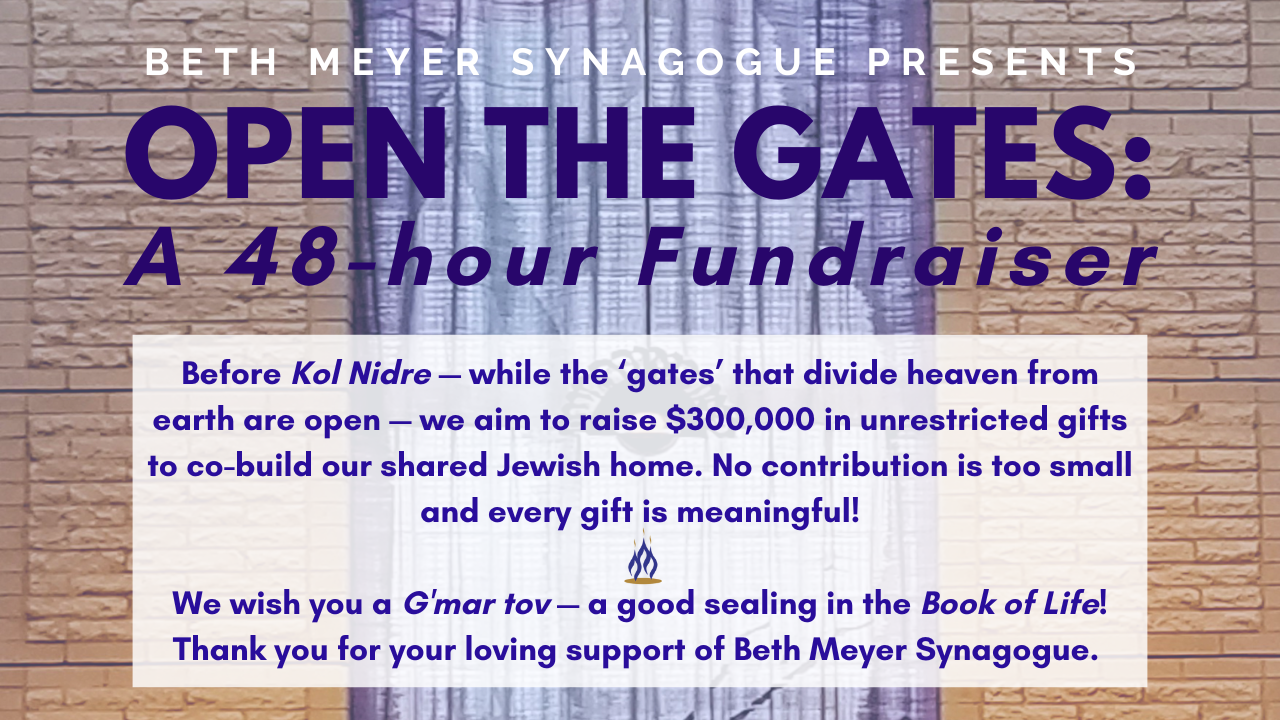 Tuesday, October 4 at 11:45AM
Closing in fast! Just five hours remaining, and we are only $48,000 shy of our goal. Don't make Open The Gates '22 a nail-biter — give soon and fill up the meter! And to the 204 members and friends who have donated already — thank you very much again. Your tzedakah creates gateways for the cross-generational dialogue that had sustained Torah and tradition through the ages. Bookmark this page and check later on our progress — we are adding everyone's names to the donor roll below.


Monday, October 3 at 5PM
On our way! 25 hours into the campaign, and 99 gifts are inputted already. Can we surpass Open the Gates '21 and collect 245 donations? You'll have to keep refreshing this page to find out. We are grateful — beyond words! — for your giving hearts and for your partnership in our growth. Thanks so much for keeping the "gates" of our shul open to all.

A note about tipping — this is optional and benefits FundRazr, the crowdfunding platform. If you wish, you can opt out of tipping FundRazr by clicking "Change Tip Amount" before proceeding to payment.

Sunday, October 2 at 5PM
Calling Beth Meyer Synagogue members and friends! Open the Gates: A 48-Hour Fundraiser, the annual campaign for our community, starts now. Before Kol Nidre — while the celestial "gates" that divide heaven from earth are still open — we aim to raise $300,000 in unrestricted gifts to build and nourish our kehillah.

What motivates you to contribute to Beth Meyer Synagogue? Watch Susan Ehrlich, the Immediate Past President of the shul, share words from the heart on Rosh Hashanah Day One about the drivers of her tzedakah — she views her life as "enriched because of this community, the rituals of our tradition, the lovingkindness Hesed offered when [she] was sick and in mourning, and the countless friendships [she's made] because of [her] participation."

We count on annual giving to operate programs and services essential to community-building. This is a snapshot of what charity enabled in Hebrew Year 5782:

Over the next 48 hours, we encourage you refresh this page often and follow in live-time here and on Facebook as we race to meet our goal. Donations received before kick-off will be posted on this page at different times to build momentum — for now, here are the leaders who pledged pace-setting, inspirational gifts to seed-fund Open the Gates:

* Denotes member of Board of Trustees

Some final thoughts as we begin. Thank you for considering a contribution of any size. Truly, we rejoice at a new gift of $18 as much as we celebrate a repeat contribution of $1,000 — what matters is participation.

And secondly, we know that generosity takes many forms. While Open the Gates counts monetary gifts, only, please reach out if you want to donate something equally precious — your time!

G'mar tov — a good sealing in the Book of Life! Now let's get started. 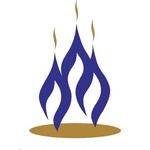 Beth Meyer Synagogue is managing the funds for this campaign.