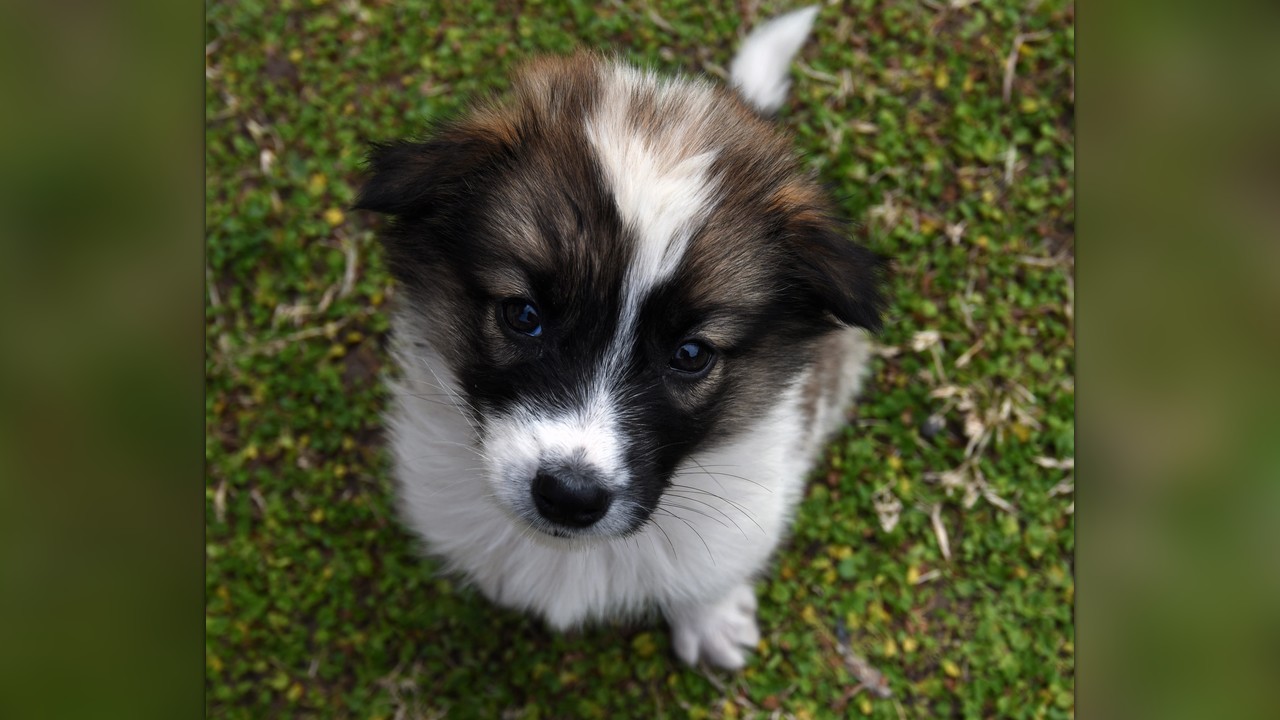 Then there were four…

A few photojournalists crossed the border back into Iraq after a month covering the Turkish incursion into Syria.  It was America’s Thanksgiving Day and there were four tiny puppies accompanying them on a journey to forever homes.

The conflict is bloody and brutal with airstrikes, drones and mortars causing casualties and no real ceasefire in sight.  Car bombs explode on the streets of “safe” towns.  A frontline is really everywhere.

‘Ayn Issa’ was named after the town where she was first rescued in NE Syrian by humanitarian group Free Burma Rangers after a day of rescuing humans from fierce fighting.  .  Ayn Issa means Eyes of Jesus. Turkish and FSA forces advanced. An IDP camp was abandoned and burning and drone strikes continued during the night.  The rangers had recently lost one of their own.  Their compassion extended to the furry and feathered also.  Ayn Issa was found all alone on the nearly deserted streets.

Eubank’s son created a tiny makeshift doghouse for the pup using empty shell casings.  But when there was a lull in the fighting and they had to move on, they couldn’t take the puppy with the Noah’s Ark menagerie they had accumulated, including a huge dog given to them in Tel Tamir by a Kurdish family that lost 17 members to the war.  Another Kurdish man that initially met the group with rage at America and President Trump, feeling betrayed, but was later disarmed by Dave Eubank and team that later helped him move his belongings as he fled the conflict.  He gifted them with his pet bird for safekeeping.

So Ayn Issa joined Shevano, Rojava and Habibi - becoming the “Syria Four”. The other three tiny pups were found abandoned next to the dead body of a sibling on the road from Kobani to Manbij.  Following Free Burma Rangers for a story on their work in Syria, we made a fateful stop for the pups taking a circuitous route to avoid the dangerous M4 Highway nearby. Listless and little, it was unlikely they could survive. The smallest one, Shevano (from a song about a female YPG fighter) was so lethargic we had to force-feed baby formula.  I held her saying, “Please don’t die little one.  Please don’t die.”  But braced my heart that night for sadness.

Miraculously, love and liquids brought her back from the downward spiral of dehydration and but the universe had different plans.  The Rangers buried the puppy with rocks and when we returned to search for a mama, Shevano laid down on the grave, poignant and touching.

And so we arrived in Iraq with four bundles of light from a dark war zone.  Surely their destiny would have been bleak if left behind.  Fighting resumed in Ayn Issa and raged in other parts of the ‘not so safe zone’.

They have been sheltered by NOWZAD, an international rescue group that brings beloved pets in Iraq and Afghanistan back for soldiers. Grateful for this aid group and Free Burma Rangers for all they do to help people and animals struggling amid the horrors of war.   When vaccinated and old enough, they were meant to travel to America.  Now I whisper to still fragile Shavano, “Please survive little one.  Please survive. You are on the road home.” 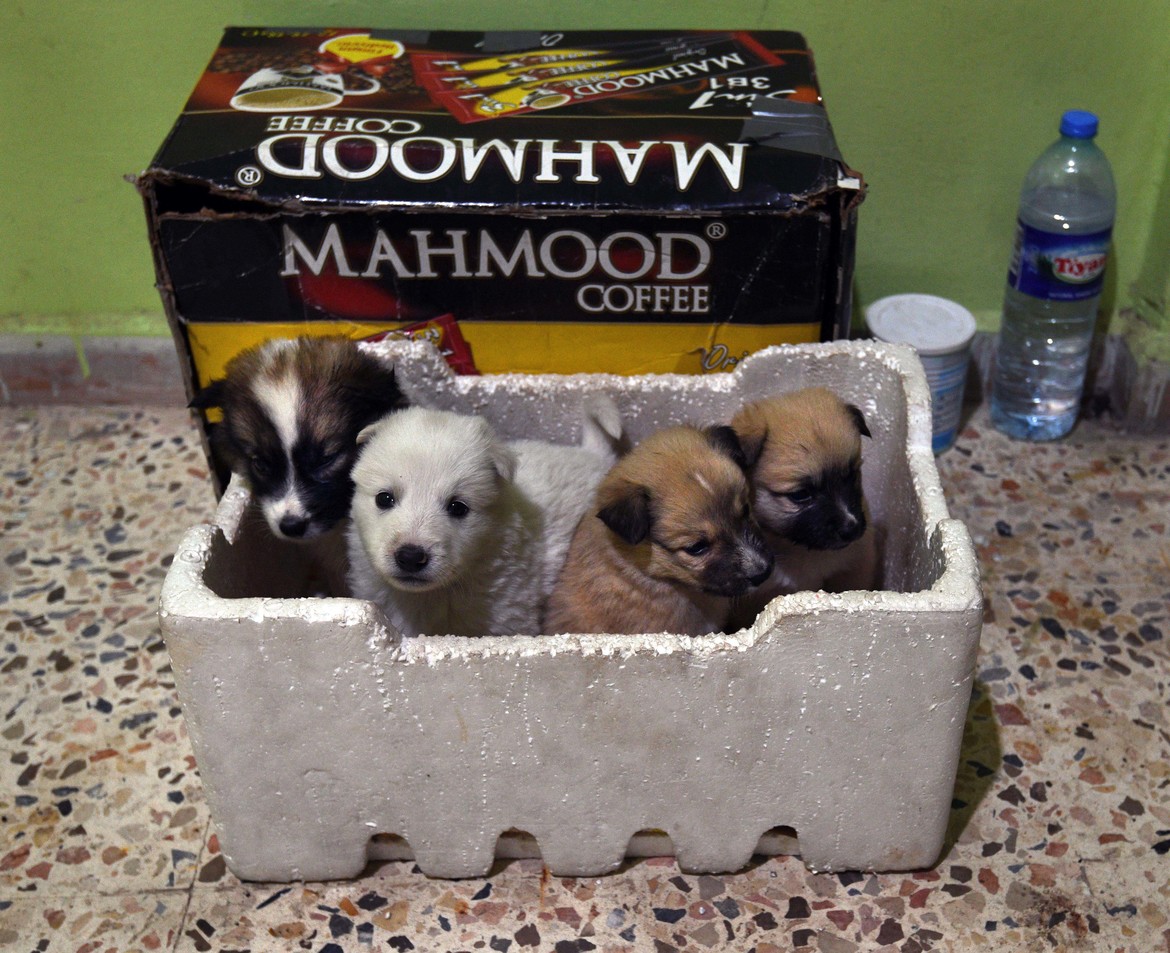 My gentle little angel Shevano never made it home.  She passed away at the Baghdad vet on January 2.  Devastated and heartbroken, the tears still flow for this sweet soul I loved with every breath. I can’t even look at the photographs now but find solace knowing for a time she knew comfort and love.

Rojava also died very early on from the tragic disease of Parvo.

Habibi has been adopted by an NGO worker in Iraq. She hopes to train him as a therapy dog to heal the deep emotional wounds of refugees and teach compassion for all animals.  His name is now Gunner.

Ayn Issa is thriving for now.  Her vaccines are done and she is old enough to travel to America and a forever home far from the dirty, dangerous streets where her life began.

And then there was one… 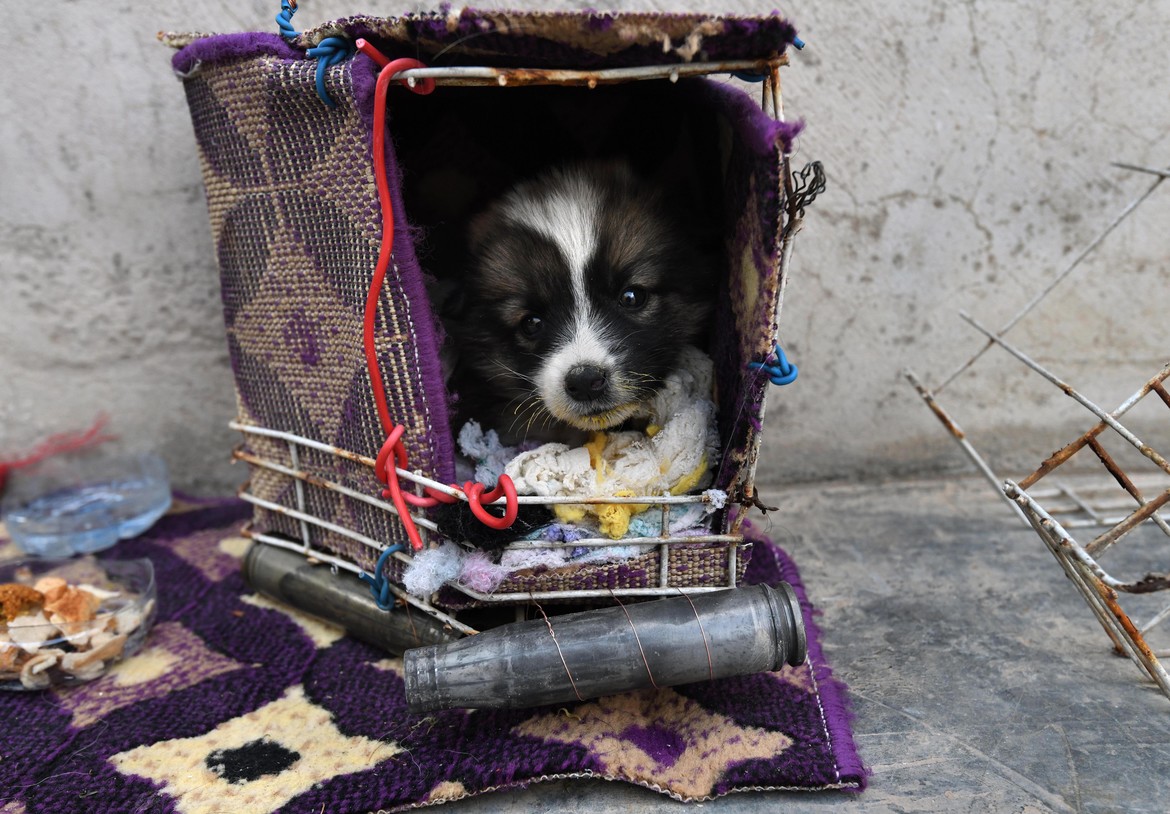