✕
Fredrick R. Brennan would like you to see Adopt a hacker
Please contribute now

No thanks
Adopt a hacker
SubscribeUnsubscribe
✖
Gallery (2) 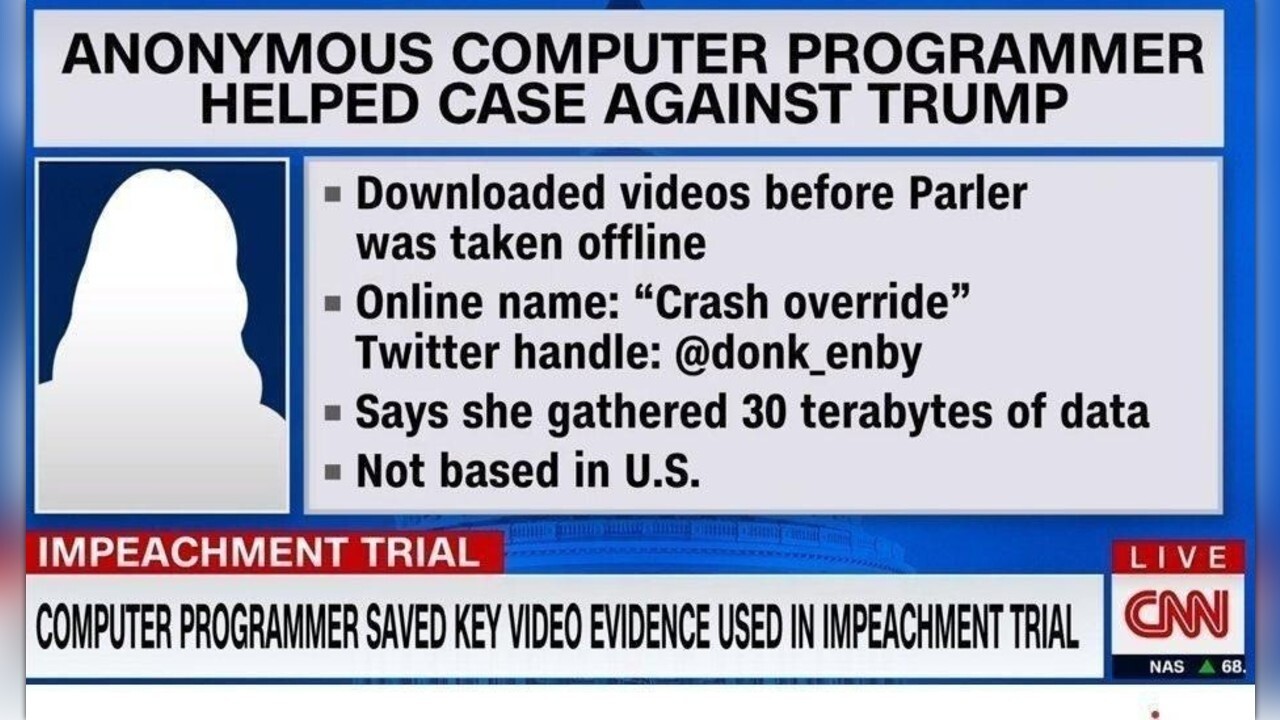 Donk_enby is a prolific hacktivist, best known for archiving the social media site Parler in January 2021.

After the January 6 insurrection in Washington D.C., Donk found a vulnerability in Parler's iOS mobile app that  allowed her to capture  more than 30 terabytes of Parler user-generated video and metadata before it was removed by Amazon. We at DDoSecrets worked with her to archive that data,  at the time. Thanks to her  quick work  and  keen eye  for detail,  GPS metadata  for many of the videos was captured, which made them useful for  journalistic work  as well as for  legal cases.

This  monumental effort  to archive  all of Parler  earned donk a lot of negative attention from the US far-right and from the Republican mainstream. She was doxxed, then lost her job, and her apartment, finally becoming homeless.

She didn't stop hacking. One month after the riot at the US Capitol, donk_enby was pulled into events on the other side of the world, in Myanmar. In February 2021 military generals staged a surprise coup and overturned a democratically elected government. Soon after, DDoSecrets received hacked  data that documents  the  financial motivations  of the coup leaders. Donk_enby worked with local activists to  denounce Western company's  complicity, and to find data about  foreign investments  in Myanmar and how  they fund the military dictatorship. Donk's research has made it on to  the cover of Le Monde  and resulted in multinationals like TOTAL cutting ties with the coup regime. She helped groups like  Justice for Myanmar  track  coup leaders' money  in the  companies registered to their children.

More than a year later, the data from donk_enby and her friends is still being used to document war crimes and crimes against humanity, in Myanmar and elsewhere.

This sort of work for the common good unfortunately doesn't pay. Donk is still essentially homeless and out of a job, and needs our help. Funds from this campaign will be used to get donk to safety in a country where she is legally allowed to work, and to pay for a few months' rent, so she can focus on her mental health.

Lorax is on the board of  DDoSecrets, a 501c3 non-profit promoting free speech, corporate and government accountability by publishing large data sets in the public interest. They are a documentarian, poet and author with a forthcoming chapter about the rights of nature in the Ecuadorian constitution in  Beautiful Solutions: A Toolbox for Liberation  (OR Books: Winter 2022).

Lorax Horne is managing the funds for this campaign. The campaign is for a personal cause.