Thank you everybody. Our campaign is now over. ✕
Praying for Elias
✖
Gallery (8) 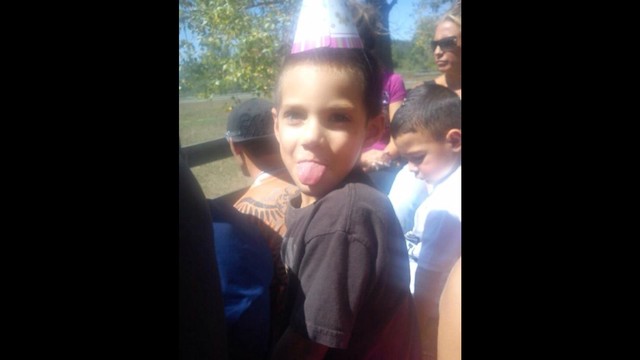 $125 raised
8 contributors
0 days left
Ended Dec 27, 2013
By Fawn Scott
Are you friends?
Personal campaign Keep it all
Loveland, CO, US

Elias is a 6 yr old little boy who has been diagnosed with ALL Leukemia. He is a brother a son and a friend to many. His smile can brighten anyones day. He is most definitely a pleaser, all he ever wants to do is make his parents proud. He is a beautiful, bright little boy who has alot of fight in him.

Elias will need to go to Children's Hospital 3 times a week for his treatments, the doctors say it could take up to 3 yrs for him to be in remission, but we are praying it won't take that long. We know the next 6 months are going to be the hardest, but he is a fighter and will fight until the end with many standing beside him.

I am trying to raise money to fix this families car so that Elias can get to his treatments that are 80 miles away with no problems and to give mom a piece of mind that if her son spikes a fever she can get him to the hospital right away, they cannot be without a vehicle. Nobody should have to worry about how they are going to get their sick child to a doctor.

I know with the holidays around the corner, it's hard to spare that extra money. A couple dollars here and there adds up quickly.

Cancer you monster
let go of this boy,
We won't let you take him,
don't think you have won.
Thought you could sneak in
like a thief in the night,
Trample our spirit,
then to steal this child's life.
You started this battle
but we'll win this war,
We caught you red handed,
you'll live no more.
We fight you with chemo
it's making him ill,
Your time here is short,
its you this will kill.
With courage and faith
his fear he'll walk through,
There is no surrender,
just the death of you! Fawn Scott hasn't posted any updates yet.
Newest | Oldest
Show more
NEW Thank you emails can now be sent directly from the Transactions page.
Alternatively you can still leave a comment here.

Fawn Scott is managing the funds for this campaign. The campaign is for a personal cause.