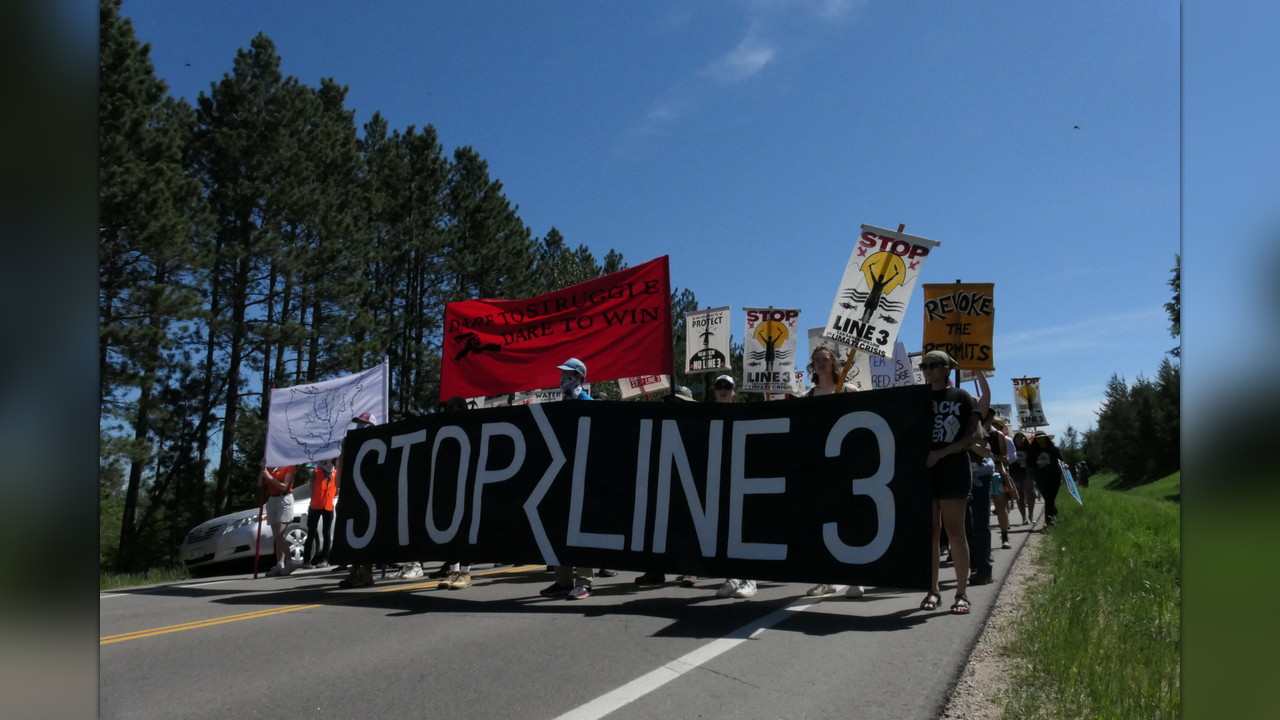 Line 3 is a proposed pipeline expansion to bring nearly a million barrels of tar sands per day from Alberta, Canada to Superior, Wisconsin. It was proposed in 2014 by Enbridge, a Canadian pipeline company responsible for the largest inland oil spill in the US. Enbridge seeks to build a new pipeline corridor through untouched wetlands and the treaty territory of Anishinaabe peoples, through the Mississippi River headwaters to the shore of Lake Superior.

All pipelines spill. Line 3 isn’t about safe transportation of a necessary product, it’s about expansion of a dying tar sands industry. Line 3 would contribute more to climate change than Minnesota’s entire economy. Minnesota’s own Department of Commerce found our local market does not need Line 3 oil. We need to decommission the old Line 3 and justly transition to a renewable, sustainable economy. Line 3 would violate the treaty rights of Anishinaabe peoples and nations in its path — wild rice is a centerpiece of Anishinaabe culture, it grows in numerous watersheds Line 3 seeks to cross. It’s well-past time to end the legacy of theft from and destruction of indigenous peoples and territories.

What We Can Do

We can keep organizing, educating, and advocating to stop Line 3 and build the future we want. Legal and grassroots efforts have kept Enbridge’s Line 3 destruction at bay — it was supposed to be complete in 2017. We are holding events in our homes, community centers, churches, schools, and online. We are talking to our politicians, speaking up at hearings, marching in protests, taking nonviolent direct action together, and reporting Enbridge’s activity along the proposed route. We are teaching and learning from each other. We are growing food and investing in renewable energy. Wherever you are and whatever your skill set, there is a place for you in the movement to stop Line 3.

Currently, we need bail funds for people who have been arrested because of their opposition to Enbridge's Line 3 pipeline expansion project. Your contributions will make it possible for those on the ground to continue fighting.

Erin Cook is managing the funds for this campaign. The campaign is for a personal cause.