Thank you everybody. Our campaign is now over. ✕
Help Michael DeMain with medical/rehab needs
✖
Gallery (2) 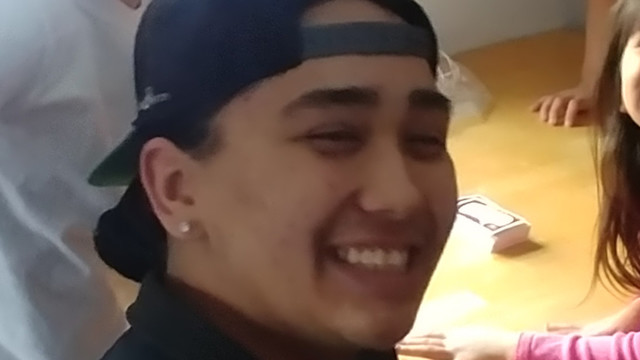 We are the family of 16-year-old Michael DeMain, of Lac Courte Oreilles, (Hayward, WI) who was seriously injured in a car accident on the evening of December 28th, 2017.

As of December 31, Michael had been through two different surgeries to stem internal bleeding, and to fuse/wire fractures on his pelvis and spine while he remained in a sedated medical coma in order to rest his body until January 2nd. Because of the accident he lost the use of one of his kidneys and will face months of rehabilitation.

Michael is a member of the Corbine/Barber clan of the Lac Courte Oreilles Chippewa tribe and the House/Morrison/Wheelock lineage on his Oneida side. He is a grandson of the late Cody Enoch, Dakota. After two weeks in the hospital Michael was released to go home to recuperate. Beginning on Feb. 5th, he spent a week of rehabilitation at Miller-Dwan in Duluth before being sent home on crutches. There will be additional medical issues that Michael may face as he continues to recuperate.

Thank you for your support for all the unexpected medical, travel and other expenses that confront a family in these situations. Many of the initial donations were used to make sure that family members could travel and stay nearby while he was in Duluth and we want to thank everybody from the bottom of our heart for their prayers and all kinds of help. Our family appreciates it.

Your support is greatly appreciated.

Activity highlights See all50
NEW Thank you emails can now be sent directly from the Transactions page.
Alternatively you can still leave a comment here. Paul DeMain hasn't posted any updates yet.
Newest | Oldest
Show more
NEW Thank you emails can now be sent directly from the Transactions page.
Alternatively you can still leave a comment here.

Paul DeMain is managing the funds for this campaign. The campaign is for a personal cause.