Help Ben Get Justice
Contribute
Campaign extended! Our deadline has passed but you can still help. ✕

No thanks
Help Ben Get Justice
✖
Gallery (1) 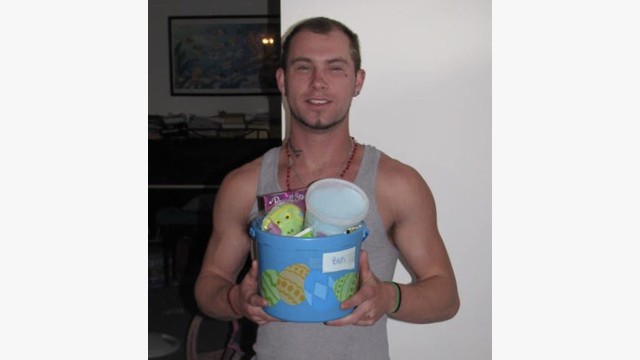 By Nancy Coughlin
Personal campaign Keep it all
Clearwater, FL, US

Ben came to live with us when he was 6 as a foster child.  He had been in foster care with other people since he was 4.  We adopted him when he was 11.  Ben experienced severe neglect and abuse both with his biological family AND his foster family before he came to  live with us.  (His previous foster father is in jail for life for sexually abusing foster kids.)  Ben has a substance abuse issue (his biological dad did also).  He has attended classes and AA but he just does not have it under control.  Last week Ben's biological family found him (the wonders of Facebook) and contacted him.  You can imagine how upsetting it was to have contact with people you haven't seen in 25 years and have memories come flooding back of the abuse you experienced before you were age 5. He spent most of the week sobbing and vomiting from all the negative feelings and memories that got stirred up. Ben drank too much Friday night and had a fight with his long term girlfriend (who has a bunch of issues also).  She called the police, made accusations, and he was arrested,  I am not saying that he is totally innocent but the charges are way out of proportion with the crime and the bail is way over the top -- $20,000!).  Ben was alone and drunk when the police officer arrived.  I  have no idea what was said but I am assuming because he was drunk he said some dumb things.  Ben has a learning disability and it has caused police to take advantage of him with regards to his rights and such in the past.  Those of you who know Ben know that he has a kind, gentle, giving spirit and that alcohol is the demon that brings out repressed anger in him from the hurt and abuse he experienced in his younger life.  He needs help, no doubt.  With these charges he could spend up to 10 years in prison.  That will not be the help he needs.  He needs a lawyer who cares to help at least negotiate these charges down.  I have helped him many times over but I just don't have the finances right now.  If we all give a little, we can help him from spending the next 10 years in prison for trumped up charges he does not deserve.

Nancy Coughlin hasn't posted any updates yet.
Newest | Oldest
Show more
NEW Thank you emails can now be sent directly from the Transactions page.
Alternatively you can still leave a comment here.

Nancy Coughlin is managing the funds for this campaign. The campaign is for a personal cause.