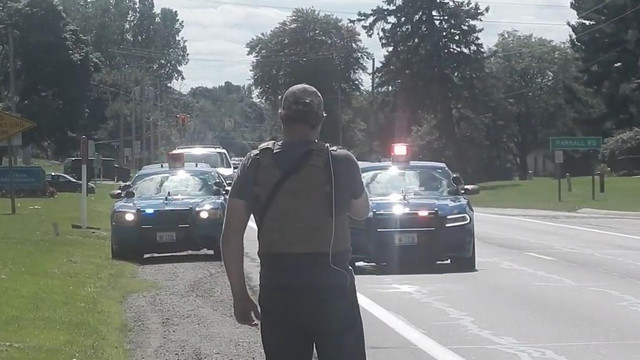 $664 raised 7% of $10k goal
10 contributors
4 Years running
Contribute
By Brandon Vreeland
Are you friends?
Personal campaign Keep it all Jackson, US

Myself Brandon Vreeland, and James Baker, were arrested by the Dearborn, Michigan police on Feb 5th. The police initially pulled us over without any laws being broken. When I voiced my objection to the stop the police invited us to come make a complaint at the PD. James and I went to file a complaint and were arrested. The charges include resisting arrest, breach of peace, and failure to comply. The police met us at the door with weapons drawn. We were arrested while in engaging in lawful activity. Namely exercising our 1st and 2nd amendment rights.

All of our camera's, firearms, cellphones, my car, laptop, and even my lighter were conficated as evidence.

We have both been liberty activists for quite some time now. Our respective liberty channels are Jackson Cop Block and Liberty Is For Everyone. We need your help now more than ever. The powers that be want to silence us. Help us keep our voice's heard. We have a long legal battle ahead of us. All donations will be used to pay for our legal defense and replace the property that was taken by Dearborn police.

Brandon Vreeland is managing the funds for this campaign. The campaign is for a personal cause.