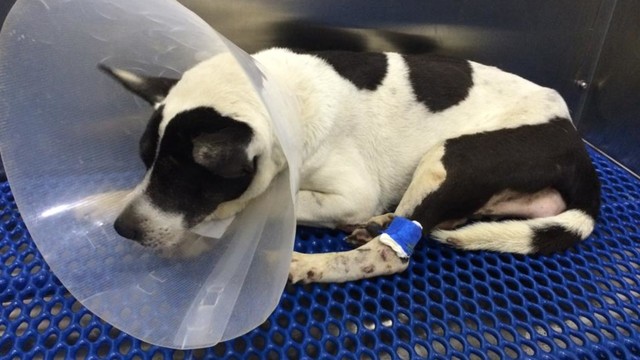 Please read the whole story for a better understanding :)

Animal Lovers League (ALL) is a no-kill charity animal shelter (based in Singapore) that houses about 700 stray or abandoned dogs and cats.

Due to the constant rescuing of abandoned strays, ALL now makes it a point to prioritise strays that are injured or ill.

ALL constantly needs support from the public to keep the charity running so that they may be able to continue to care for the animals, and even take new ones in.

They are constantly losing and they owe their veterinarians a significant amount of money that gets bigger after each month.

The founders, Cathy and Mohan, have compromised greatly on their personal comfort and standard on living, just so their beautiful furry friends can have a better tomorrow. If they do not make this sacrifice, who will?

They rely heavily on volunteers who can offer some energy and love, and donations from individuals who adopt their animals.

In January 2015, my family adopted a beautiful mongrel from ALL.

Just a few weeks ago, we found an injured and sick mongrel in our neighbourhood. With the help of ALL, we are currently in the process of saving it but the bill is a problem. We named the beautiful boy Springside, as we managed to find him in Springside Park.

A night before finding him, we went around our neighbourhood to gather information from the construction workers, domestic helpers, and residents, to better understand the habits and movement of this boy.

The following day, it took me just an hour to find him and another hour to gain his trust with food. He is believed to be abandoned due to the collar lining at his neck.

My family forked out 500 SGD for his treatment but the total bill amounted to at least 2000 SGD. We really hope and pray that the lack of funds will not jeopardise his road to recovery.

The vet diagnosed him with liver/kidney problems, and she also said his testicles were twisted.He is also unable to urinate and pass motion. He now urinates with the help of a catheter.

I sincerely hope that this fundraiser can not only help the dog my family helped to rescue, but I hope that it can help the shelter as a whole.

This is the first step i am taking to help the shelter. There are many other dogs there with serious illnesses that require expensive treatment.

Here are more images of Springside, i blogged about him on my business blog to raise awareness: http://floralgaragesg.com/how-we-saved-a-stray-dog-and-how-you-can-too/

More photos of him after his treatment can be seen here: Please Help Us Raise Funds for this Rescued Stray Community

Justin Chua is managing the funds for this campaign. The campaign is for a personal cause.