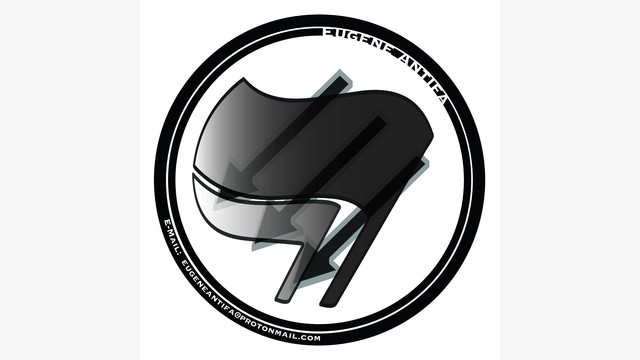 On December 5, 2017, Eugene Antifa published an article titled Introducing Mr. and Mrs. Blackhat: The Nazis in Your Neighborhood. Almost a year after Matthew Lee Combs and Bethany Marie Sherman were exposed as white supremacists in this article, the couple filed a defamation lawsuit against anonymous antifascists and subpoenaed Weebly, the website hosting company the article was published on, in order to obtain information to identify them. With the help of a fellow white supremacist lawyer named William D. Johnson, Combs and Sherman seek to identify the anonymous antifascists who exposed them as white supremacists and sue them for monetary damages.


Lawyers from the Civil Liberties Defense Center and the First Amendment Project are representing anonymous antifascists in this "frivolous SLAPP suit." A court hearing regarding a motion to quash the subpoena will be held on Friday, November 9, 2018 in the Superior Court of San Fransisco, California.


Current legal costs to defend the anonymous antifascists are estimated at $2,500. Thank you to everyone who can contribute financial support to help defend anonymous antifascists against white supremacists who are "attempting to abuse the court system to reveal personal information about members of Eugene Antifa and visitors to their website."