The Frozen Lemonade Cup
Contribute
Campaign extended! Our deadline has passed but you can still help. ✕

No thanks
The Frozen Lemonade Cup
✖
Gallery (6) 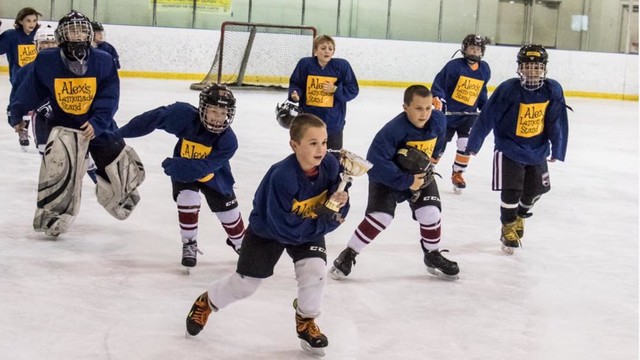 $1,930 raised 386% of $500 goal
45 contributors
46 Weeks running
Contribute
By Brody Zavodnick
Pays to The Frozen Lemonade Cup™ Keep it all
Wynnewood, PA, US

Born  from  Ice , Brody Aiden Zavodnick was drafted in the first round, 2nd overall pick by Wissahickon Skating Club.  His versatility as a skater, playing both the Left and Right Wing positions, coupled with his play-making ability quickly earned him recognition as a rookie sensation.  Brody's willingness to grind it out along the boards and below the hash marks left him with single-season marks of 92 goals, 163 assists and 215 points in 2018-2019.   With a zest for scoring and the ability to handle a stick like a magic wand, Brody is ready to face off against cancer in his third season as an All-Star Frozen Lemonade Cup participant.


The Frozen Lemonade Cup is not a traditional tournament. Instead of competing with your winter team, you will make new friends on a team put together just for tournament day. The teams are selected to ensure parity, based on age and ability.

REGISTRATION IS FOR INDIVIDUALS - NOT FOR TEAMS - Look for Registration information in January 2020!

The Frozen Lemonade Cup will be celebrating its 6th year and plans to raise an additional $100,000 in 2020, which will benefit Alex's Lemonade Stand Foundation.


In future years, we hope to be able to expand The Frozen Lemonade Cup to all 31 NHL cities in the United States and Canada.

Activity highlights See all45
NEW Thank you emails can now be sent directly from the Transactions page.
Alternatively you can still leave a comment here.

Brody Zavodnick hasn't posted any updates yet.
Newest | Oldest
Show more
NEW Thank you emails can now be sent directly from the Transactions page.
Alternatively you can still leave a comment here.