No thanks
Help with living costs for CRPS/RSD
✖
Gallery (9) 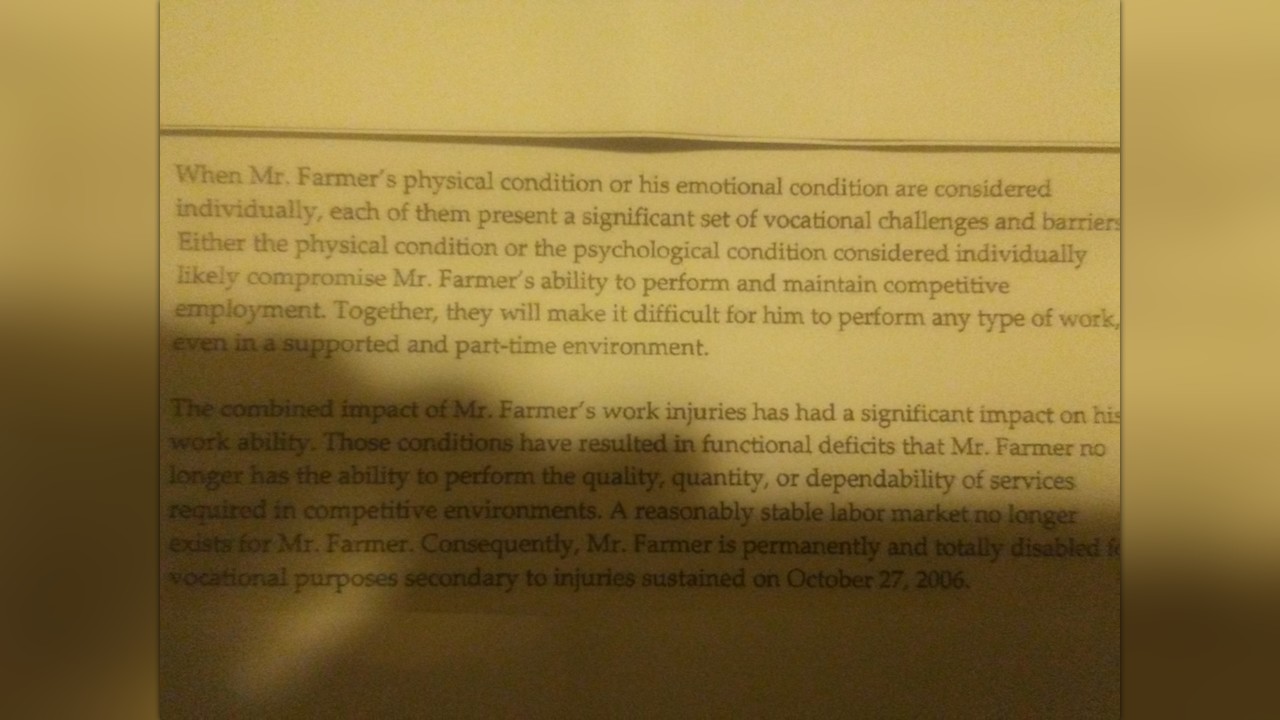 $6,413 raised 64130% of $10 goal
15 contributors
55 Weeks running
Contribute
By Der Kaninchenmann
Are you friends?
Personal campaign Keep it all
Oshkosh, US

In 2006 I had a fall at work and broke my ankle, resulting in RSD/CRPS
it has since spread from my right foot to both legs up into my hips and now to my spine.
I have undergone various treatments from years of physical therapy, 3 sympathetic nerve blocks, acupuncture, lidocaine infusions, and ketamine infusions most recently a spinal implant stimulator.
The insurance company is fighting my case and have been no help as has been my own goverment. I had to surrender my driving privilege in 06 due to my conditions. I am also suffering from PTSD, severe panic disorder, slipped and bulging discs, a deteriorated vertebrae, and a spinal cyst pushing on the nerves.
I am a signal father raising a 11 year old son, and giving care to my 88 year old grandmother, all of the has put me in in medical debt, I recently lost my state insurance on July 1st 2018, I'm not sure what else to do, we are on the verge of having to sell our home. So I am looking for help with medical, legal and living costs. I'm sick of being a burden on my family...

Reflex Sympathetic Dystrophy Syndrome – RSDS/Complex Regional Pain Syndrome – CRPS. RSD is "a chronic pain condition that is believed to be the result of dysfunction in the central or peripheral nervous systems." RSD involves "irritation and abnormal excitation of nervous tissue, leading to abnormal impulses along nerves that affect blood vessels and skin." There are four stages of RSD, during which progressive changes occur in the skin, muscles, joints, ligaments, organs and bones of the affected area. RSD attacks the nervous system and eventually has crippling results.

The Suicide Disease – Understanding the Stages of CRPS
This post will cover the four different stages of Complex Regional Pain Syndrome (CRPS).

Stage One CRPS – This stage is referred to as the Acute Stage. From cases around the world, doctors estimate that this stage can last anywhere from 30 to 100 days. Patients experience excessive pain in an extremity (Leg or Arm typically). This pain is described to be a burning, pins and needles type sensation which lasts the entire day. CRPS is also known as the “Suicide Disease” because it may drive patients to the brink of death. During stage one, patients can expect the skin of the affected area to become dry, thin and shiny in appearance as well.

Stage Two CRPS – This stage is known as the Dystrophic Stage. During this stage of CRPS, many patients will experience dystrophy of the area. Because of the inadequate use of the limb, muscular dystrophy is common during stage two of CRPS. A patient can experience increased swelling and pain as well. The pain can become so severe that light actually makes the pain even worse. The pain is generally the same, but what differentiates stage one from stage two is the affected area. The affected area in this stage generally becomes larger. Say if the injury occurred in the wrist, a patient in stage two may see the pain spreading up the arm.

Stage Three CRPS – Also known as the Atrophic Stage. Patients who have had CRPS for more than a year, are considered to be in stage three. Atrophy is when wasting begins in the organs and tissue. The pain will continue to be constant and hit more or less a plateau. Many patients also experience contracture. X-rays may reveal osteoporosis of the affected bone in that area.
Stage Four CRPS – This is the most advanced stage of CRPS. Damage to a limb may be so severe that an amputation may be recommended by a medical professional. Although, it is recommended to not perform an amputation of the limb. Recent studies from medical professionals have suggested that amputation is not the most effective medical solution, that is actually results in more complications for the patient. Most patients who make it to stage four, will not recover from CRPS.

Der Kaninchenmann hasn't posted any updates yet.
Newest | Oldest
Show more
NEW Thank you emails can now be sent directly from the Transactions page.
Alternatively you can still leave a comment here.

Der Kaninchenmann is managing the funds for this campaign. The campaign is for a personal cause.