Thank you everybody. Our campaign is now over. ✕
Wisdom for William
✖
Gallery (1) 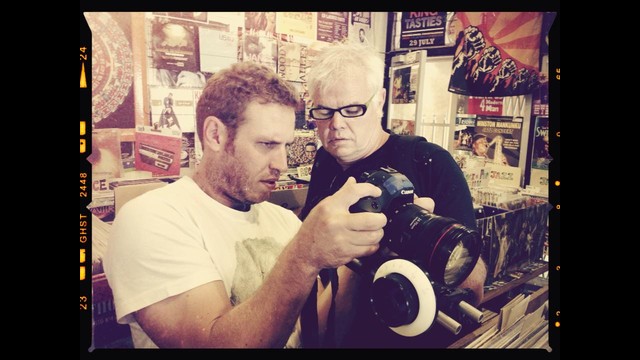 William Collinson turns 30 years old on 3 July 2014!!  We have 60 days to raise money for his dream, which is to travel to Los Angeles and take part in the ASC (American Society of Cinematographers) masterclass for upcoming cinematographers.  The week-long seminar is taught by some of the world's leading cinematographers who were at the helm of such epic movies as Jurassic Park, Forrest Gump and Braveheart!  He hopes to go in either August or October 2014.  You can see more details about seminar at the end of this page...

As many of us know, William is constanly striving to better his skills in what he does, which is creating awe-inspiring film projects that we can all be proud of!  William is an award-winning cinematographer and director who has won Loeries and Cannes Lions and his most recent accolade (March 2014) was being nominated for a SAFTA for Best Cinematographer of a Feature Film ('Die Ballade van Robbie de Wee').

This campaign goal only includes the fees of the actual course but if we can raise more  for travel expenses then that's also wonderful!

Any contribution to Will's birthday present, big or small, would be much appreciated.  We believe that if Will's family and friends pull together, this goal is achievable!

Not only will you help in making Will's birthday wishes come true, but he will also bring back valuable skills to a South African film landscape that is ripe for new knowledge and ingenuity.  It will open up many doors for Will as well as those who wish to follow in his footsteps.  He will also be involved in an extremely valuable networking exercise with his Hollywood peers that will hold him in good stead for a future in international filmmaking!

Please pass on to all family, friends and peers and let's do this for Will!

Details from the ASC:

"A unique opportunity to learn cinematography from the Industry's top professionals

The American Society of Cinematographers is excited to announce the 2014 August and October ASC Master Classes. This series of quarterly, week-long seminars is taught by the organization's most accomplished members.

To encourage intensive learning and close contact with ASC instructors, the size of each Master Class will be limited to 24 individuals. The ASC Master Class has been carefully planned to set the platinum standard for professional training, offering a curriculum that will correct the inconsistencies and fill in the gaps of traditional film-school education.  This will not be an introductory-level course, so attendees should already have a more advanced skill set.

This intensive, five-day seminar, designed to be the world’s premier educational opportunity of its kind. Classes will be based at the historic ASC Clubhouse, located in the heart of Hollywood. The event will include: Ashleigh Nash hasn't posted any updates yet.
Newest | Oldest
Show more
NEW Thank you emails can now be sent directly from the Transactions page.
Alternatively you can still leave a comment here.

Ashleigh Nash is managing the funds for this campaign. The campaign is for a personal cause.