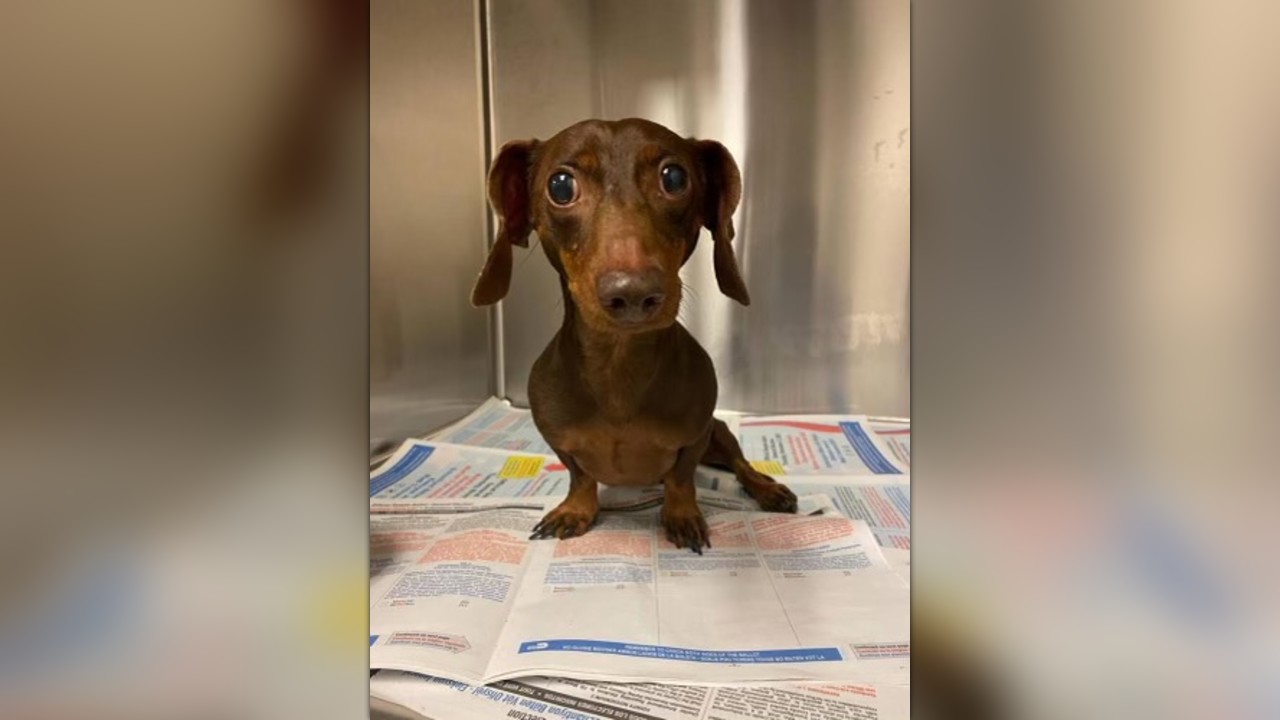 We have told the same story nearly 175 times over the last 11+ years and tonight, we will tell it one more time in that today, Rolf's family dumped him at a local shelter with IVDD where he would be euthanized without rescue.

His eyes are big and round and show how scared he is.  He is scared as he is in a loud shelter with unfamiliar noises and smells.  He is scared that he is not in a soft bed but on newspaper in a cold cage with so many other dogs barking around him.  He is scared because he went for a ride with his family and at some point, watched them walk out a door and leave him behind after signing paperwork that he could be euthanized immediately.

Rolf had only one way out of the shelter and that was DRSF.

Rolf is now in the care of the amazing Dr. Kornberg at Southeastern Veterinary Neurology receiving an MRI and we are back on the hook for $4,500 to cover his surgery.

We have not even fully covered Sheena's surgery from Tuesday night (and post-op, the list of her injuries has gotten longer which will likely require another procedure) and we are hoping against hope that our community believes as much as we do that Rolf's life matters and he deserves his 2nd chance after being abandoned by the family he thought loved him.

When we say every dollar counts, we mean it and just $1 gets you bragging rights to say that you literally helped save a life.  We would rather run the ship aground doing the right thing than to leave one behind. If everyone gave even just a few dollars, we can help cover Rolf and be ready for whoever is out there tonight and will need us tomorrow.  Can we count on you for just a few dollars?