No thanks
ELLEFSON YOUTH MUSIC FOUNDATION - SCHOOL'S OUT
SubscribeUnsubscribe
✖
Gallery (4) 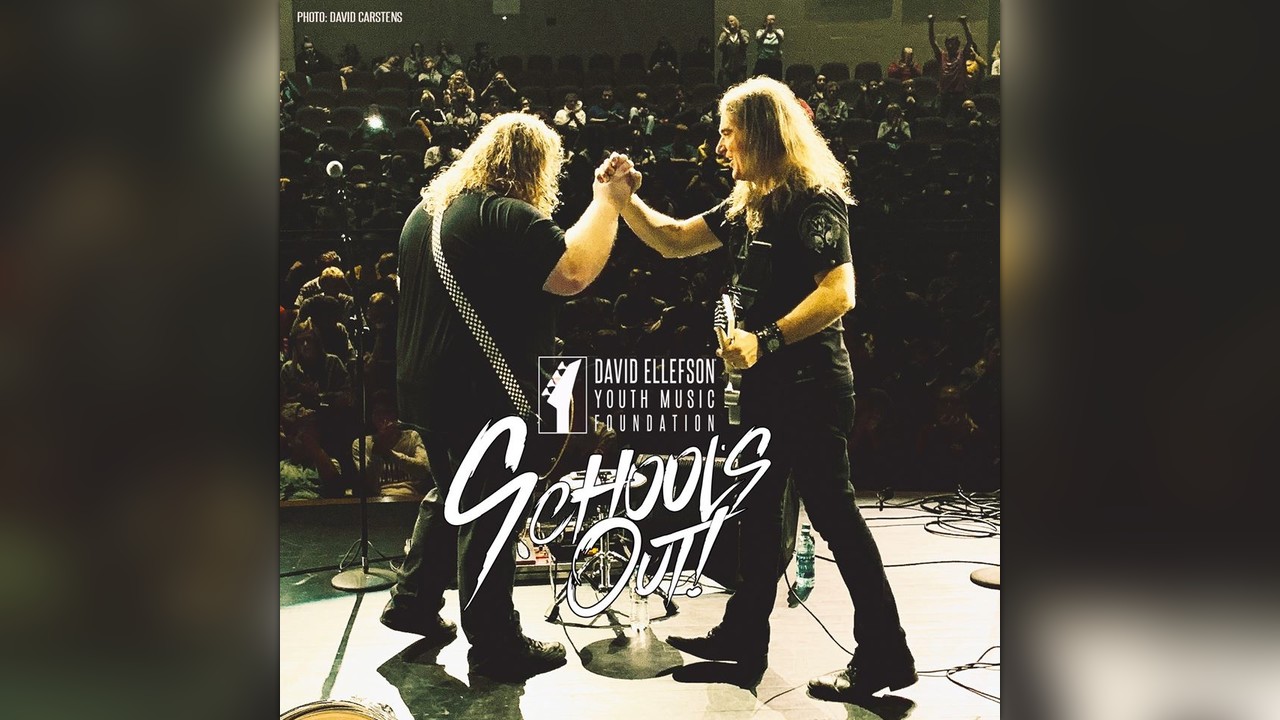 in 2018, we launched the DAVID ELLEFSON YOUTH MUSIC FOUNDATION, to support public and private music education, and inspire kids in the pursuit of music. Founded by legendary Grammy-Winning Megadeth bassist David Ellefson, the DEYMF launched on DAVID ELLEFSON DAY, an honor bestowed by the mayor of David's hometown of Jackson, MN, with a private concert for students at Jackson High School, and a donation to their music program.

We have since partnered with the GRAMMY MUSIC EDUCATION COALITION, and continued our work to educate and inspire students around the World, in the pursuit of music education.

The mission and purpose of our non-profit foundation is simple: to raise funds and knowledge in an effort to help underprivileged and underfunded private and public music programs, with an emphasis on rural areas, and individual students, acquire and retain the resources, education, and equipment they need to maintain a viable and successful music education program.

Well what happens when the schools are closed, and noone can leave their house? ? For a kid, or an artist, this pretty much feels like the end of the World as we know it, and that, is the very real scenario we currently find ourselves in. The whole World has been placed on a timeout, which we chose to see as an opportunity to support our kids, friends, and communities, through the healing power of music.

The David Ellefson Youth Music Foundation, or DEYMF for short, has since launched our SCHOOL'S OUT initiative, partnering legendary Rock musicians with displaced students for one on one mentoring and instruction during the COVID 19 crisis, giving artists and students a much needed sense of purpose and normalcy in this confusing, uncertain, and unprecendented time.

Thankfully, many of our amazing friends stepped up, and we were able to offer mentoring sessions/private instruction with some of the biggest artists in the Rock World, including current and former members of Megadeth, Alice Cooper, Sevendust, Five Finger Death Punch, Breaking Benjamin, Armored Saint, Soulfly, Anthrax, Guns N' Roses, and more.

While all have donated their time to give instruction and lessons, the response has been so overwhelming, with over 500 applications in the first week, we are raising funds to continue to pay instructors and artists to provide additional lessons, and cover logistical support, to be able to provide lessons for more students, and build an online library of instructional and educational content available to anyone, via our YouTube page.

Any additional funds raised, over the goal, will go to the foundations other efforts and initiatives.

Says Ellefson, “"When one person suffers, we all suffer, and this is an unprecedented moment in history when all of us around the world are united for a common cause. Music and the arts have always been some of our greatest healers in a way none other can.  As we reach into each other's souls with resounding hope, I'm forever thankful to our friends in the creative community who have kindly offered their expertise to put a smile on the faces of so many people in need right now. Let this be a time when we can all unite under the banner of Music and let our creativity lead the way. "

Says Foundation co-chair Thom Hazaert, also Ellefson’s partner, and vocalist in his eponymous solo band, “David and I were brainstorming on ways to give back during the COVID epidemic, and put some positivity out in a time of some pretty unparalleled crisis and uncertainty. The mission of our foundation is to try and help keep music in schools, but what happens when kids can’t go to school? Or, in many cases, even leave the house?

As I’m sitting home with my 2 restless kids, in basically forced exile, it kinda hit me.” He adds, “We started talking about David doing a few online lessons with kids, via the foundation, and then got around to the idea of recruiting some of our other friends as well. Then we talked to our friends at the GRAMMY MUSIC EDUCATION COALITION, and it really took on a whole new life, and became a massive initiative.”

Anyone of High School age or below can apply.

More information, and the application, can be found at ellefsonyouthmusicfoundation.org.

The David Ellefson Youth Music Foundation, a 502 (c) (3) organization, was formed in 2018, and quickly partnered with the Grammy Music Education Coalition, with the goal of giving grants and instruments to both individual students, and school music programs in need, focusing on rural areas, like Ellefson’s hometown of Jackson, MN. The foundation was officially kicked off on “David Ellefson Day”, in Ellefson’s hometown, when he returned to a hero’s welcome, performing at his alma mater, Jackson High School, and making a donation to their music program. In addition to the event in Jackson, the DEYMF has participated in multiple events around the country, including several with the GMEC.

Says Ellefson, “The idea was to form a non-profit that we can use to raise money to give grants, scholarships and instruments to both individual students, and school music programs. Largely in America, when budget cuts come, the music and the arts go first, And, to me, when they’re taking those programs away, this is what we live for, this is what turns our engine on in the morning and gets us excited. So, if our music foundation can help put instruments, education, and wind in the sails of these music programs in need, then I think that’s something to strive for.” 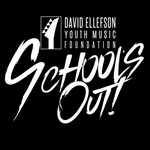 Ellefson Youth Music Foundation is managing the funds for this campaign.