No thanks
US Marine kicked out of the Military over a girl's false allegation on Facebook.
SubscribeUnsubscribe
✖
Gallery (1) 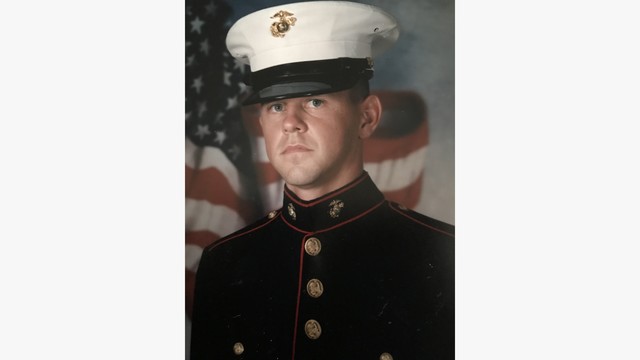 My name is Lee, formally a Staff Sergeant in the United States Marine Corps. I have faithfully served in the U.S. Marine Corps for 14 years as of July 2018. I have always done my job at 100% and have strived to be the best United States Marine every day. During that time I have served at Parris Island, SC. Marine Corps Base Kaneohe Bay, HI. Thailand, France, Iwo Jima, Guam, Korea, Samoa, and now Washington D.C. I have met and supported Generals, Celebrities, Congress and Senators and hundreds of thousands of everyday people.

On Monday, July 17, 2017 a n Administrative Separations Board was held to determine if I was to be retained or separated from the Marine Corps. The allegations for this board hearing were from July 2016 when a young woman named Haley Robinson (out of spite and non supporter of the military), falsely accused me on Social Media of sexually assaulting another woman while staying at my home in Maryland. This and following Facebook live videos would be viewed by over 15 thousand people in her social media network. She would then f ile a police report (which was later dropped for lack of evidence) claiming I sexually assaulted this woman. After these Facebook videos were posted by Haley Robinson I was notified at my Military work that I was accused of sexual assaulting a young woman which would soon turn into a NCIS investigation. The live Facebook video she made would be shared amongst many Facebook groups and would be seen by a former marine who used to be stationed where I worked in Washington, D.C. w ho then told my Commanding Officer who would be obligated to report this for an NCIS investigation. After almost a year of investigations done by NCIS there were zero statements given by the alleged victim, zero statements given by me, the accused , and only two statements given by the alleged witnesses (Haley Robinson and her boyfriend who were staying at my home during this so called “incident”).

On Monday, July 17, 2017 it was voted by the board members that I was to be discharged from  the Marine Corps over a n unproven, victim-less, evidence-less accusation. My discharge status is an “OTHER THAN HONORABLE” discharge. With this discharge I'm not eligible for unemployment benefits even though I have paid into it for over 24 years of my life working various jobs to include my 14 years in the Marine Corps. I also lose  any chance of future government work and lose  VA benefits to include the GI Bill schooling benefits ( which I have paid into while serving ),  VA Loan benefits, health benefits and more. A serious charge such as Sexual Assault should have rated a Court Martial which would have given me more legal rights and the chance for a trial in front of a Military Judge and a jury of my peers, but instead it was assigned to an Administrative Board Hearing where three (untrained in legal matters) Marines would hear a few hours of statements and testimony and then vote for my separation.

On Aug. 3, 2017 my lawyers and I submitted a 24 page appeal to the Marine Headquarters Legal office in Quantico, VA pointing out numerous instances where I was not given due diligence with this serious accusation. That appeal was never answered and on July 24, 2018 I was discharged with an "Other Than Honorable" status from the Marine Corps after 14 years of Honorable service.

I have currently filed a federal lawsuit against Hayley Robinson for DEFAMATION, INTENTIONAL INFLICTION OF EMOTION DISTRESS and to her boyfriend for AIDING AND ABETTING LIABILITY. As the direct and proximate result of Hayley Robinson's outrageous conduct I suffer from extreme emotional distress , depression, anxiety, panic attacks, and have physical manifestations in my internal organs such as my liver. I now require the use of an emotional support animal for the rest of my life as recommended by my therapist.

Below is the factual timeline of when I was accused up until after my board hearing. Many rights and due processes were not given to me during this accusation and if you are a lawyer or know someone who you think is able to help with this case please message me.

I have represented myself so far and a trial date is set for August 2019 but I need your help to make it there. I have currently saved any money I can make given my circumstances but this trial will be very costly. Winning this trial is the only thing that will help me live the rest of my life after everything that was taken away from me. Please help with any donation you can. It is very much appreciated.

USMC Lee is managing the funds for this campaign. The campaign is for a personal cause.