No thanks
Chloe's Surgery Fund
✖
Gallery (1) 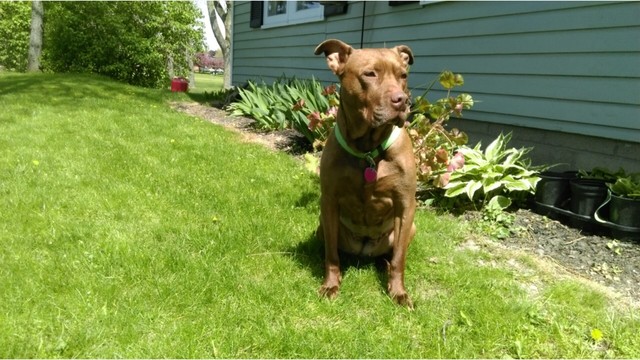 I am the founder of So MD Animal Rescue and I am asking for help for a family that has adopted from us many times.  In face, they adopted a CCAC survivor, Raven, just recently.  Their 8 year old adopted PitBull, Chloe had a growth on her stomach so they took her to the vet.  Little did they know that Chloe had a lot more problems then they knew about.  The vet ran several tests and the results were not good.  The vet told them that  the tumor is cancerous and has to be removed but he tole them that she also has pyometra, a severe and dangerous infection in the uterus, a bunch of small tumors in her uterus,  and a hernia.  Fortunately, though, the tumor is attached to the skin only and can be easily and completely removed.

The vet said it was urgent to remove the uterus because of the pyometra, so they did the surgery that same day.  She came home yesterday and is recovering from that.  Her vet bill so far is $1,800 and the vet still needs to do the hernia surgery, remove the tumor, and have a biopsy of the tumor done which they estimate to be $700.

They are really struggling with this $2,500 vet bill but they are determined to get her healthy again.   Whats worse is this bill comes just 6 months after a $2,000 vet bill for their puppy, Athena, that had a twisted stomach and needed emergency surgery as well.  Unfortunately, Athen never woke up after the surgery.

This family dearly loves their pets and gives them the best care.  Unfortunately, we all get to the point where we need help sometimes.  I am asking the rescue community and it's supporters to help take the burden of this bill off of their shoulders so they can focus on caring for Chloe. 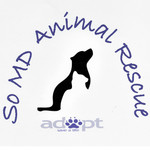 So MD Animal Rescue is managing the funds for this campaign.