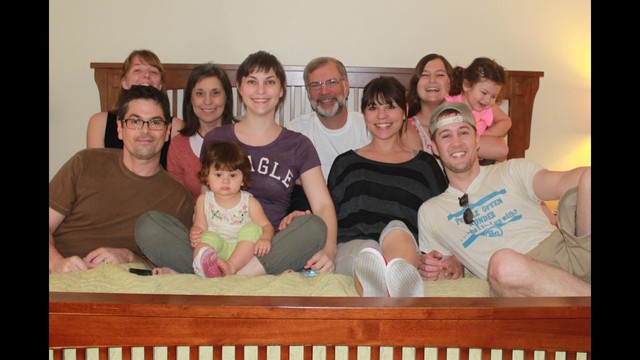 Alexander “Sandy” Halperin, DDS, was diagnosed with younger-onset Alzheimer’s disease in 2010 at the age of 60. As a person living with memory difficulties, Sandy has chosen to remain proactive in his quest for knowledge and not allow the disease to define him. As a member of the National Alzheimer’s Association 2012 Early-Stage Advisory Group, Sandy helped to bring awareness to what he calls “invisible illnesses” or medical problems that may not be readily seen by others. His goal continues to be to speak on behalf of patients and their caregivers dealing with a cognitive impairments to a variety of audiences, and to raise awareness and funds toward Alzheimer's research, treatments and cures.

He is being followed by CNN to tell his story and acting as an invaluable resource to the medical and aging in place industry. Sandy does this because he has a huge heart and truly wants to help others. He does not get paid for his tireless efforts. Sandy's wife is in chemotherapy, which means both of them had to retire much earlier than they had anticipated.

Recently, Sandy approached GrandCare Systems to use the system as a second brain. Sandy is a larger than life person, so naturally he quickly became a close friend. This is the effect that Sandy has on all who get a chance to meet him and/or hear his story. He is truly an inspiration to all of us.

GrandCare would like to help Sandy and his family to remain financially sound. Will you help support Sandy's cause? 100% of ALL proceeds (after fundrazr's and pay pal's fees) go DIRECTLY to Sandy and his family. GrandCare is not collecting any of this money. No donation is too small. Please consider donating today and share with your friends.

Recognition for a donation
$25 USD

Support Sandy and we will add you as a contributor on our Support Sandy GrandCare blog series. We will discuss Sandy's story and highlight you/your organization as a supporter of Sandy. 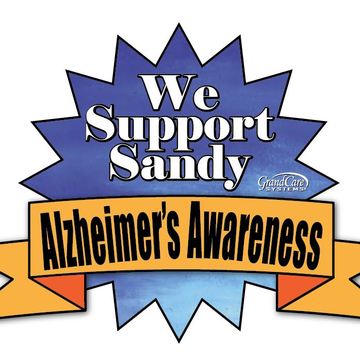 Show your support for Sandy by posting the official I SUPPORT SANDY Badge on your website and social media. You will also receive recognition on our social media and blog on Sandy's story. 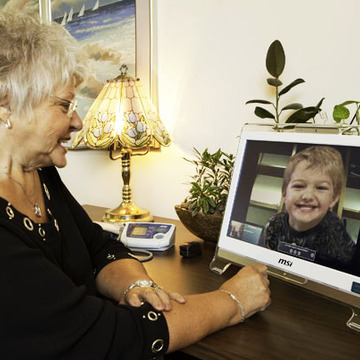 Give $1000 and we will give you $50 off any GrandCare System purchased directly from GrandCare corporate. GrandCare can help individuals remain independent, safe, happy and healthy at home. The touchscreen provides cognitive assists, prompts, video chat & games. Various activity & telehealth sensors can report to family members if something seems amiss. *Not valid with any other offers

Laura Mitchell is managing the funds for this campaign. The campaign is for a personal cause.