Help An Artist in Need of New Tools
Contribute
Campaign extended! Our deadline has passed but you can still help. ✕ 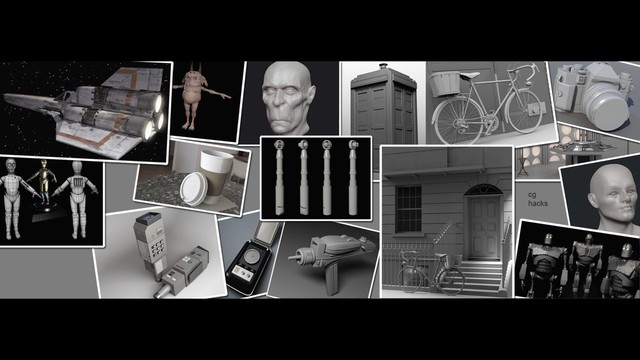 By Johanna Mead
Are you friends?
Personal campaign Keep it all
Portland, US

Three years ago my husband Derek was laid off from his job at LucasFilm and since then, he’s been getting by as a freelance digital artist, grabbing what work he can. As a lot of those jobs have been sent overseas, the competition for what remains is intense, and it’s essential to have the right tools to perform the work – in this case, a PC capable of digital animation and rendering.

Derek’s current PC is seven years old, badly behind the curve and some of the hardware is failing. He’s now caught in the catch-22 of needing a capable machine in order to earn money, but he can’t earn money without a capable machine. It’s been disheartening and depressing and he’s facing the possibility of being forced out of the career he loves simply because of bad hardware.

A new system will cost about $2,500 – you can see the specs here. I’m asking for donations to acquire it, so that Derek can focus on re-building his portfolio (a casualty of hardware failures) and looking for work, instead of stressing out about what’s going to break down next.

If we're really lucky and raise more than $2,500, the excess will go towards some nice-to-have extras, such as a new digital tablet.

Any and all help is appreciated!

PS. Who am I? I'm Derek's wife, Johanna. If you don't know me already, you probably know someone who does.

PPS. Here's some of Derek's work: TARDIS exterior render, and a full scale interior which was printed as a backdrop and installed in a TARDIS that travels around the greater Boston area. A BSG viper (another view) from a sadly-cancelled project, and a work-in-progress. Continuing the Doctor Who theme, here are some renditions of the 4th Doctor's sonic screwdriver - based on measurements taken from a high-quality replica. Another SF item: ST:ToS communicator. The Spitfire is a beautiful little beast that will never go out of style. And, finally, a drawing of an a rather intriguing fellow.


Unfortunately, as the dead hardware includes his digital portfolio, that's all we have to share right now.

Johanna Mead hasn't posted any updates yet.
Newest | Oldest
Show more
NEW Thank you emails can now be sent directly from the Transactions page.
Alternatively you can still leave a comment here.

Johanna Mead is managing the funds for this campaign. The campaign is for a personal cause.