No thanks
Help launch Aussie Rules in Hiroshima
SubscribeUnsubscribe
✖
Gallery (1) 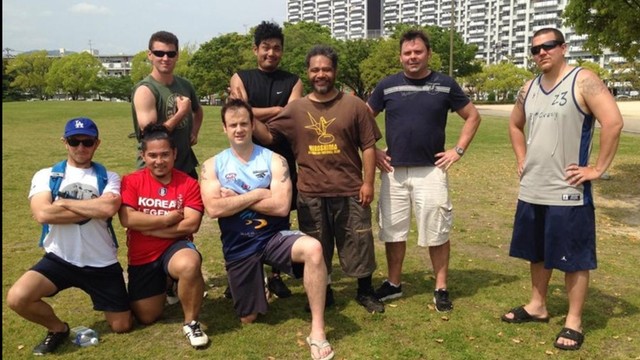 A little info on AFL Japan.

AFL Japan is administrated on an entirely voluntary basis by a small team of Japanese members. AFL in Japan struggles to attract support from businesses in terms of sponsorship and funding due to their preference of supporting major sporting codes such as basketball, baseball and soccer.

Additionally, AFL Japan is participated in by approximately 80% Japanese players, with the remaining 20% of expat players coming not only from Australia but other regions of the world including America, New Zealand, UK, Canada and beyond. These overseas competitions are not only a great opportunity to engage local participants, but also a great introduction for other members of the international community.

Our reason behind supporting AFL Japan in our first fundraising effort is for the following reasons:
a) We wanted to support a league that ismostly administrated and participated in by local players, and other members of the international community. This level of local control is the overall aim of most international development programs.
b) The trend for many sides in Asia, even those that start with predominantly expat members, is that they build their base of local participants over the seasons to the stage where they eventually have a majority of local squad members. Hiroshima Football Club has an interest in engaging locals in the game and developing local talent and by supporting them now we could see large numbers of Hiroshima locals participating in the coming years.
c) When the AFL Japan split into conferences the Western Conference was left with two sides. However those sides both lost players this year (mainly due to an exodus of many expats) and haven't been able to start their season to date. But with the addition of Hiroshima it is likely that competitive matches will be able to get started sooner. Although they may not be for points in this year of competition, the club could participate (even run) round robin tournaments in the build up to next season.

We feel that these funds for Hiroshima won't only help a collection of players there, but benefit the entire league and have long lasting, positive effect on AFL in Japan for years to come.

Gordon Jones is managing the funds for this campaign. The campaign is for a personal cause.