Thank you everybody. Our campaign is now over. ✕
Please Help the Freeman Family send Sam to Germany
✖
Gallery (2) 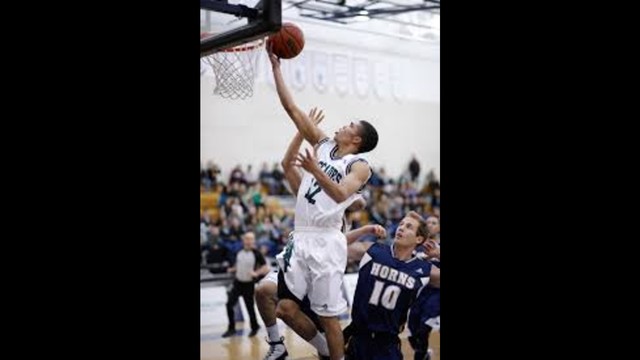 Sam has been invited to play in a major European tournament in Germany in December 2013, and we need your support, to help get him there.

Our goal is to raise $3,000 so Sam can go to Germany, and show the European teams what skills he has to offer.

Honoured with Basketball BC’s University Player of the Year 2012-13, Sam Freeman finished third in Canada with a 21.6 pts./game average, but that’s only part of the story.  Just before the season started, Sam broke a bone in his shooting hand, and for the first half of the season, had his right hand heavily taped.

Former UFV coach Barnaby Craddock said of Sam: “There is no question that Sam has the shooting skill, ball handling, mental abilities and understanding of the game to have a tremendous pro career.”  And that’s exactly what Sam wants to do, with your help!

In November 2012, in a game against Mt. Royal in Calgary, Sam suffered a concussion and missed two games.  And early in the second half of the season he grabbed an offensive rebound, outmuscling the big post from UNBC, but took an errant elbow and cracked a rib under his right arm.  But that didn’t stop Sam from leading his team into the playoffs for the fourth year in a row.

Kevin Hanson, the head coach at UBC said of Sam: “I have coached against Sam for the past 5 years.   It is my opinion that for the past couple of years Sam has been the toughest player in our league to match up against.   He has deep 3 point range and finishes very well taking the ball to the hoop.  He is a great person and a hard nose competitor that showed nothing but class when we competed against him.”

Against Calgary on the road Sam “dropped 41 points on us,”said Dan Vanhooran, head coach at the University of Calgary, setting the UFV all-time record for a single game. "Sam has been at an all-conference level in Canada West for several years. He was a defensive all conference player as well, so you would be getting a two way player.”

The accolades have poured in from friend & foe alike; and ultimately, they all agree that they have the utmost respect for Sam; his demeanor, his ability, his intensity and love for the game. Sam, was nicknamed "The Assassin" by his former teammates @ the University of the Fraser Valley, Abbotsford, for his ability to go in stealth and fly under the radar.  In 4 games this past season Sam went on 20+ point scoring runs without missing a shot!  That’s 25% of the games he played.

In 2008-09 Sam was named the Canada West Rookie of the Year. Last year he was named to the Canada West First Team All-Stars. It's now time for Sam to take it to the next level.  Please do what you can to help Sam get to Germany this December to launch his professional basketball career in Europe! Kate Freeman hasn't posted any updates yet.
Newest | Oldest
Show more
NEW Thank you emails can now be sent directly from the Transactions page.
Alternatively you can still leave a comment here.

$5 CAD
Thank you Letters from the Freeman Family
Our Family is grateful for your generous contribution to our Fundrazr - please message us with your mailing details so we can send you a Thank You card
More ... Less ...

Kate Freeman is managing the funds for this campaign. The campaign is for a personal cause.