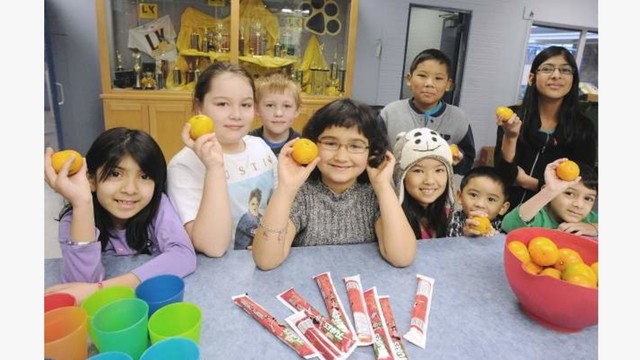 Graham Bruce Elementary School in Vancouver services a diverse population of students, many from low-income families that cannot afford to provide the nutritional breakfasts that children need to get the best start on their day.

The school has applied for a $5,000 grant from the Adopt-a-School program in order to provide breakfast for 254 students ranging in age from five to 13 years. It is a new program for the school, so the funds will be spent to purchase dishes and appliances, as well as the food.

We know that good nutrition is a building block of better learning and that a healthful breakfast encourages attendance. Your support will make a difference in the lives of these children.