Thank you everybody. Our campaign is now over. ✕
Hospitalized Help Needed Please to Pay Kennel Fees
✖
Gallery (9) 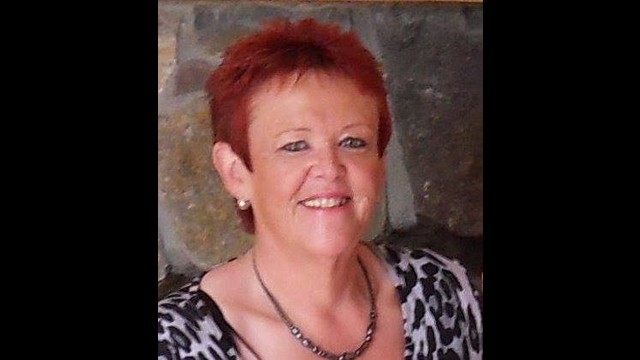 Help is desperatly needed by a fellow Afghan Hound owner Roz Livesey (Roz McAndrew) who has been associated with the breed for many years. Funds are needed to pay for ongoing kenneling fees for Roz' boys due to Roz' ongoing and unexpected health issues which are not of her own making. The boys have been kenneled for 3 months so far after what was expected to be Gall Bladder removal surgery followed by a period of recovery which has been fraught with problem after problem. Even though Roz' health situation is not good her only concern is for "her boys". Please, please help if you can, here is Roz' desperate story so far..........

Someone we all know and love, a fellow Afghan Hound owner for many years and a character larger than life Roz McAndrew "Rozzy" has had quite a terrible time with her health recently. Roz was scheduled for Gall Bladder removal surgery in Mater Misericordiae University Hospital in Dublin on 19th May. This surgery alone can be a horrendous operation but Roz suffered a BIG bleed the night following her surgery and had to be returned to theater.


Roz was given the all clear to return home with drains still in place on 29th May. On 4th June due to Roz' diligence an infection under the drain was discovered which narrowly missed turning into septicemia and Roz was placed on a massive dose of antibiotics. 15th June Roz was back in hospital with an internal abscess under her drains, she had spent 4 weeks with the drain in but despite her dire health situation she still had to wait for a bed to undergo further surgery to rectify the situation in the meantime Roz also had a fresh bleed with caused a massive clot which also caused a spike in her temperature. On 24th June after the wait Roz finally had her agonizing surgery but as you can imagine our normally strong and cheerful "Rozzy" was feeling quite tired, depressed and deflated by this time.
25th June As if all the above wasn't enough to cope with Roz has now had another set back she went to theater to have the old drains removed but returned to the ward because they could not be removed. She was told by the surgeons they can't operate now because they found stones in the binary duct which basically means starting from scratch again and she has to have ANOTHER general surgery which puts her back another 6 weeks.
All through this Roz' only concern was for her Afghan Hounds Rian, Rico and Ronan who have spent 13 weeks in boarding kennels and are expected to spend even more time there while Roz continues her recovery period. Roz, because she is not on social welfare is faced with a 6K medical bill along with a £1,350.00 bill for the boarding kennel fees for her boys. The original bill was close to £3,000 but the boarding kennels when they heard Roz' plight kindly reduced the costs for her which has helped Roz trememdously.

Roz has been through a great deal in a short time, narrowly missed losing her life due to the risk of septicemia and now the added stress of the bills will not help her recovery. I can honestly say that I have never, ever seen Roz this low but even though she is this low her only worry is "her boys" so i just wanted to set up this fundrazr for Roz to show how very much she is loved and how much we are all thinking about her and that even through she is living back in Ireland although we are far away in our hearts we are close. Anything you can donate will be appreciated to help ease the burden of the financial worries and get our Roz well on the way to recovery. If you can't donate then please keep Roz in your prayers for a good outcome and speedy recovery. Get well Soon Roz xx

Christine Freke hasn't posted any updates yet.
Newest | Oldest
Show more
NEW Thank you emails can now be sent directly from the Transactions page.
Alternatively you can still leave a comment here.

Christine Freke is managing the funds for this campaign. The campaign is for a personal cause.