Thank you everybody. Our campaign is now over. ✕
Donations For Nick & Erica Tusa Kidney Transplant
✖
Gallery (1) 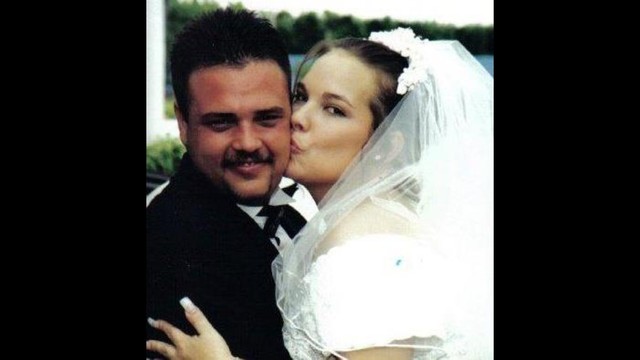 Nick & Erica have been together since the age of 17 years old. They spent every minute of everyday together. Quickly became each others best friends. Each one of their family members kept telling them that if they do not take some time to themselves that they would quickly get sick of each other. That was not the case with them. They moved out together at the age of 18 years old. One day while in a park with some friends of theirs Erica was sitting next to Nick, her boyfriend at the time and leaned over in his lap. Nick just thought she was tired but that was not the case. Erica passed clean out into his lap and then rolled on the floor. She was out for about 3 or 4 minutes as Nick screamed her name and called 911. She finally opened her eyes. We had her checked out by a Doctor the next day and said no problems maybe just overheated. A few weeks later Erica began to get Migraine Headaches so bad that she would Cry, Vomit, and Pass Out. We made maybe a Dozen seperate trips to the emergency rooms. Just kept sending her home with Headache meds. One day Nick told Erica to have her eyes checked out. So she went to a Visionworks and the eye Dr told her that her Optic Nerves are Bleeding behind her eyes and told her she needed to see a Neurologist as soon as possible. The Neurologist told her she would need to have a Spinal Tap to relieve the pressure behind her eyes or she would go blind. She was diagnosed with PsuedoTumor Cerebri, a RARE disease that only 7,000 woman have ever had, It is where her cranial fluid was building in her brain cavities and not draining. So it would build up pressure on the back of her eyes and make her optic nerves bleed. So repeatedly Erica had to have Spinal Taps whenever her Crainial Pressure went high until we heard of a procedure to fix this called a Deep Eye Fenestration. They then went to Bascom & Palmer Eye Institute were they did the rare surgery. They made small incisions on her optic nerves so the crainial fluid would drain through her optic nerves back into her body. And it was sucsessful. Nick & Erica were finally able to rest from the health issues. A few month later Erica had a follow up and found out she had developed high blood pressure, here we go again Nick & Erica said!!

They noticed a small amount of Blood & Creatine in her urine. And it was just a few months later she was diagnosed with Glomerulonephritis/IGA Nephropathy "Early Stage of Renal Failure" at 23 years old. One Doctor wanted to do a liquid chemo Therapy treatment to reverse the diseases however they told Erica she would never have children if she did this procedure. That was not an option for Erica being that is the one and only thing in life she truely wanted. So we treated the progression of the diease and there was no stopping it and that is what lead us to this point. She is now in Stage 5 Kidney Failure with 13% kidney function. She has to have a transplant or will be put on Dialysis.

So, now the time has finally come! We found a match for Erica's Kidney Transplant, and it happens to be her husband that is her Donor. A super Rare case where the husband or wife is able to be the Donor.

Erica and Nick tried for months to get her on the University of Miami Transplant List. They finally got the call that she had been added to the list. When they went to sign up on the list for Erica the Doctor said since you have your husband here we might as well test him. Doctor said although I doubt your a match because it is extremely rare the spouse be the Donor. Two days later Nick gets a call he is a PERFECT MATCH.

So the Surgery is Set for April 15th, 2014. The purpose of this Donation page is setup is to help Erica & Nick with expenses for and after the Kidney Transplant. They are receiving no Financial Assistance from the State or Government. It is going to cost a lot of money out of pocket. We all know most households today takes two working to make it, and in this case its more difficult because Erica & Nick will be losing weeks possibly months of work. At least when its not a husband & wife scenario one of the household members can work to keep up. In this case they will both will be down for weeks with no income. Meanwhile spending hundreds on Co-Pays, Gas from Fort Lauderdale to Miami dozens of times which is Hundreds of dollars in Gas and there will be many more out of pockets expenses. Every little bit helps as it will all add up to help them with a successful Kidney Transplant.

Thanks You we will keep you posted. Please follow our journey by liking this page https://www.facebook.com/kidneydonationforerica Nick Tusa hasn't posted any updates yet.
Newest | Oldest
Show more
NEW Thank you emails can now be sent directly from the Transactions page.
Alternatively you can still leave a comment here.

Nick Tusa is managing the funds for this campaign. The campaign is for a personal cause.