No thanks
Help us save barrel #270 in memory of the IOWA 47!
SubscribeUnsubscribe
✖
Gallery (1) 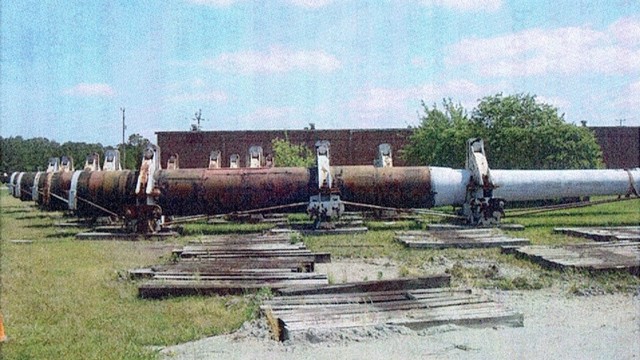 The Pacific Battleship Center and the Veteran’s Association of the USS IOWA (BB-61) is seeking your help to raise funds to move the remaining USS Iowa 16-inch/50 Mark 7 barrel, located at St. Juliens Creek Naval Annex in Chesapeake, VA or the barrel will be cut into eight feet sections and scrapped. The US Navy is purging all the USS Iowa class materials in their inventory including the16-inch/50 reserve barrels that have been in storage for the last 60 years. The US Navy is allowing qualified organizations to adopt these barrels for free, but those organizations need to pay for the transportation to move them to new homes. While the cost of moving a 70-foot long object weighing about 120-tons is large, several groups have already organized and funded the movement of four of these 16-inch/50 barrels to new homes. The US Navy has believes that they have given enough time for interested parties to claim a barrel, so they want to liquidate them (as they did for 14 similar barrels in storage at Hawthorne, NV in 2011) this year. One of the barrels at St. Juliens Creek saw wartime service during World War II and Korea on the USS Iowa. This 16-inch/50 Mark 7 barrel #270 was installed in Turret One (Left) when the ship was built in 1942 and remained on the ship throughout WWII and the Korean War until it was replaced in 1955. The barrel was relined and placed in storage at St. Juliens Creek for the last 60 years.

The Executive Board of the Veteran’s Association of the USS Iowa wants to save this historic barrel for its dozen years of service on the USS Iowa during its most important battles. Barrel #270 also happens to be the lead gun for entire 16-inch/50 Mark 7 production for the USS Iowa class of battleship. The Veteran's Association Board believes the best home for this barrel is the USS Iowa Memorial at Iowa Point onboard the Norfolk Naval Station, Virginia. The USS Iowa Memorial is dedicated to the 47 sailors that died during an explosion that occurred in Turret Two as its center barrel was being loaded. Displaying this massive barrel at this site will allow future generations to better understand the size and scale of this terrible explosion. The Veteran's Association Board has set up a Gun Barrel Committee (currently Ken Leff and Jeff Bolander) to save this barrel and to raise funds to hire a contractor to move the barrel to the Memorial site. The Committee has received permission from the US Navy to move the barrel to the Memorial site, but the US Navy has only given us a limited time to raise funds to do so. The estimated cost of moving the barrel and constructing a cradle is about $150,000. This is where your help is needed. The committee needs volunteers to help fundraise, but even more importantly we need you to donate funds for this effort as soon as possible. For more information please contact: Ken Leff at kenl636@hotmail.com or at www.SaveBB61Barrel270.org. 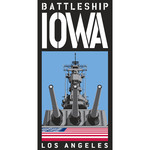 Pacific Battleship Center is managing the funds for this campaign.