Help Reeves get home!
Contribute
Campaign extended! Our deadline has passed but you can still help. ✕

No thanks
Help Reeves get home!
✖
Gallery (3) By Ian Carter
Are you friends?
Personal campaign Keep it all
Jinan, CN

In August of 2013, my wife and I moved to Jinan, China to teach English at a small private school.  We loved the city and the people but we felt something missing.  Namely, our home was missing a furry family member. We decided that we would find a shelter and put in some much needed, and cathartic, volunteer hours. We got a bit more than we bargained for. 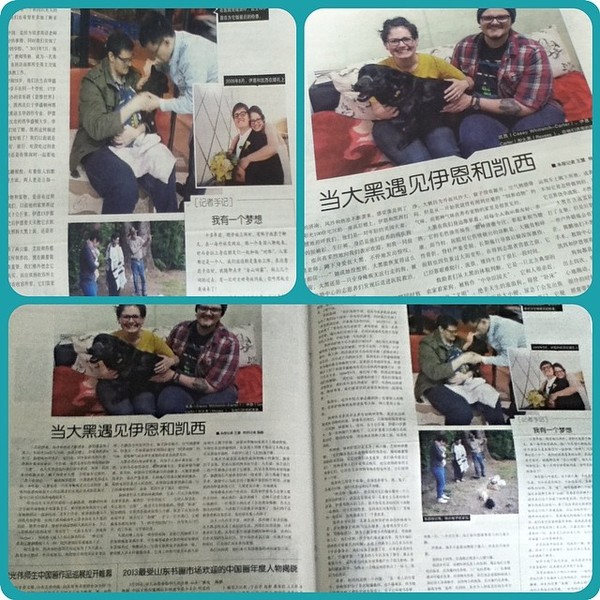 Through hours of searching we finally made contact with a Shandong University professor that owns and operates a shelter in Jinan. She came to us with an offer to foster a disabled dog and she would help find him a home. He had been named 'Great Black' but given his inability to use his hind legs we affectionately began calling him Reeves, after Christopher Reeve.

Reeves’ has quite a story.  From what we have pieced together from his scars, the veternarian's diagnoses in broken English and our knowledge of dog culture in China, it seems that Reeves was a farm dog that got snatched up by meat marketers. It is a semi-common occurrence in rural areas of China where a large(ish) dog will be bound and loaded into a flat bed truck and hauled to a market where they are sold for meat (http://www.npr.org/2012/03/29/149617086/headed-for-the-butcher-chinese-dogs-are-rescued). However, Reeves was ‘lucky’.He escaped, but at great cost. 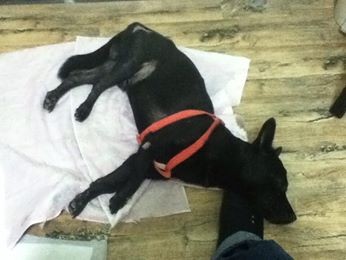 Reeves was most likely held on a large truck in a cage and at some point during his journey his cage fell off the truck. From the fall he sustained a severe spinal injury, damaged pelvis, crushed hip, broken front leg, along with a host of lacerations, muscle damage, and tendon injuries. He lived on the streets like this for anywhere from 1-4 months with no medical attention. When he was found he was half starved and only able to drag himself with the use of one uninjured leg. A good samaritan found him and brought him to a veterinarian who fed him, performed surgery and tended to his physical and phychological wounds as best he could. This is where we come in.

We got a call that there was a dog in need of a temporary home waiting for us at a vet's office. We took Reeves from the vet and expected, like most animal fosterers do, that we would have him for a few weeks to a month and use that time to find him a forever home.  During that time we helped him relearn to walk, and it seemed that we would never make more than minimal recovery. But if Reeves has proven anything to us it’s that he’s a survivor.

The forever home never came. We exhausted our options with shelters in the states and homes here in China. Nobody seemed to want a small half broken dog. The harder we worked to find him a home, the harder he worked to walk.  He has gone from not being able to support his own weight to being able to climb stairs, run(ish), jump/hop/bounce, and walk for nearly a mile. We weren’t able to find him a forever home, so we decided that we would be it. He's been through too much suffering already and the least we could do was commit to giving he the best we can. He is a difficult dog not to like. Even after all that he has been through he still loves children, dogs, cats and strangers (though he is a little iffier about men). He loves to wrestle, but he's so gentle and sweet that it's difficult to get him truly riled. However, picking his leash up for a walk outside will send him excitedly spinning in circles. He loves being outside, as you can see in the cover photo. 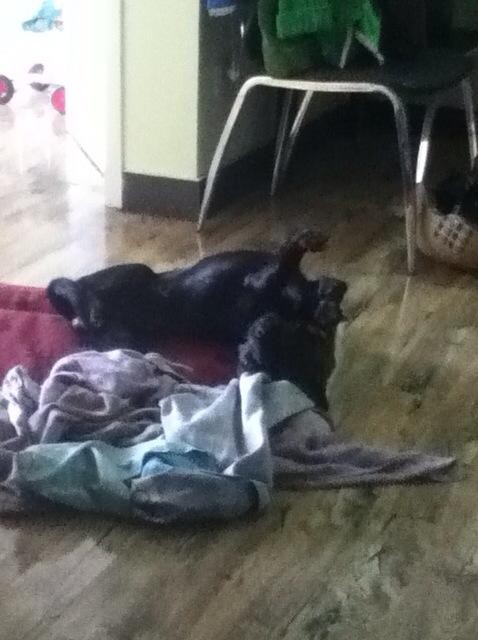 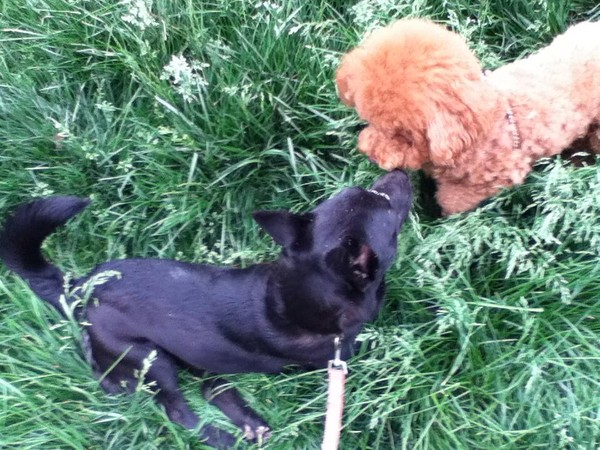 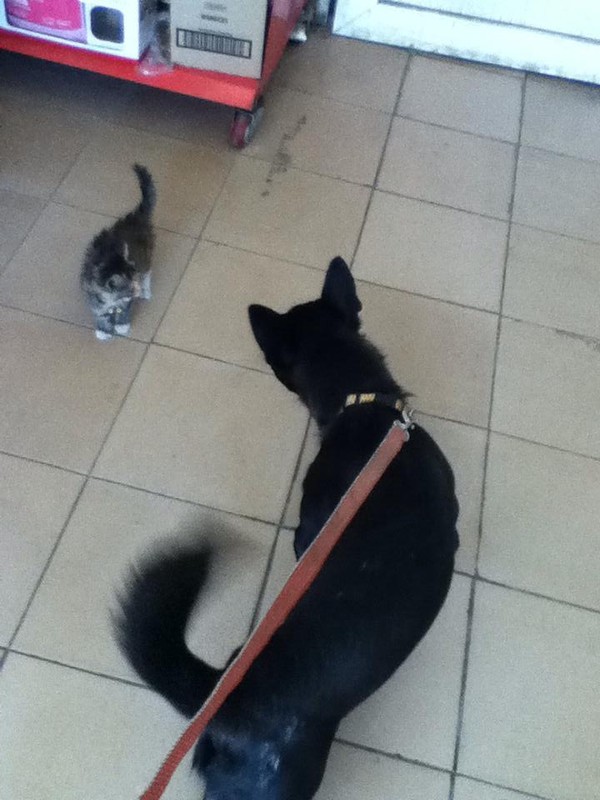 We (Ian, Casey and Reeves) need your help. Getting a dog from China to the US is not only difficult, but nearly impossible in the summer months. Most airlines have a no fly policy in summer due to the heat on the tarmac and the risk to the animal. So we are forced to use either a cargo flight, climate controlled with trained handlers, or a Fedex style delivery service (also climate controlled) to ensure Reeves' wellbeing. These options are expensive. We are also facing other unexpected costs, like bureaucratic and ground transportation fees. In total, we are looking at $800-$1200 in fees on top of paying for our own airfare. These additional costs were unexpected since we were expecting to be able to fly him as "checked baggage."

Reeves deserves to come home and we want to give that to him. We can do that with your help. Please help us make up for all the suffereing Reeves' has endured in his short life. Help us bring him home.

Activity highlights See all41
NEW Thank you emails can now be sent directly from the Transactions page.
Alternatively you can still leave a comment here.

Ian Carter hasn't posted any updates yet.
Newest | Oldest
Show more
NEW Thank you emails can now be sent directly from the Transactions page.
Alternatively you can still leave a comment here.

$5 USD
Lick it good.
Reeves will lick your feet, hands, and face. When you ask him to stop he will politely ignore you and continue.
More ... Less ...

Ian Carter is managing the funds for this campaign. The campaign is for a personal cause.