Thank you everybody. Our campaign is now over. ✕
Burning Man's First Civic Plaza
✖
Gallery (2) 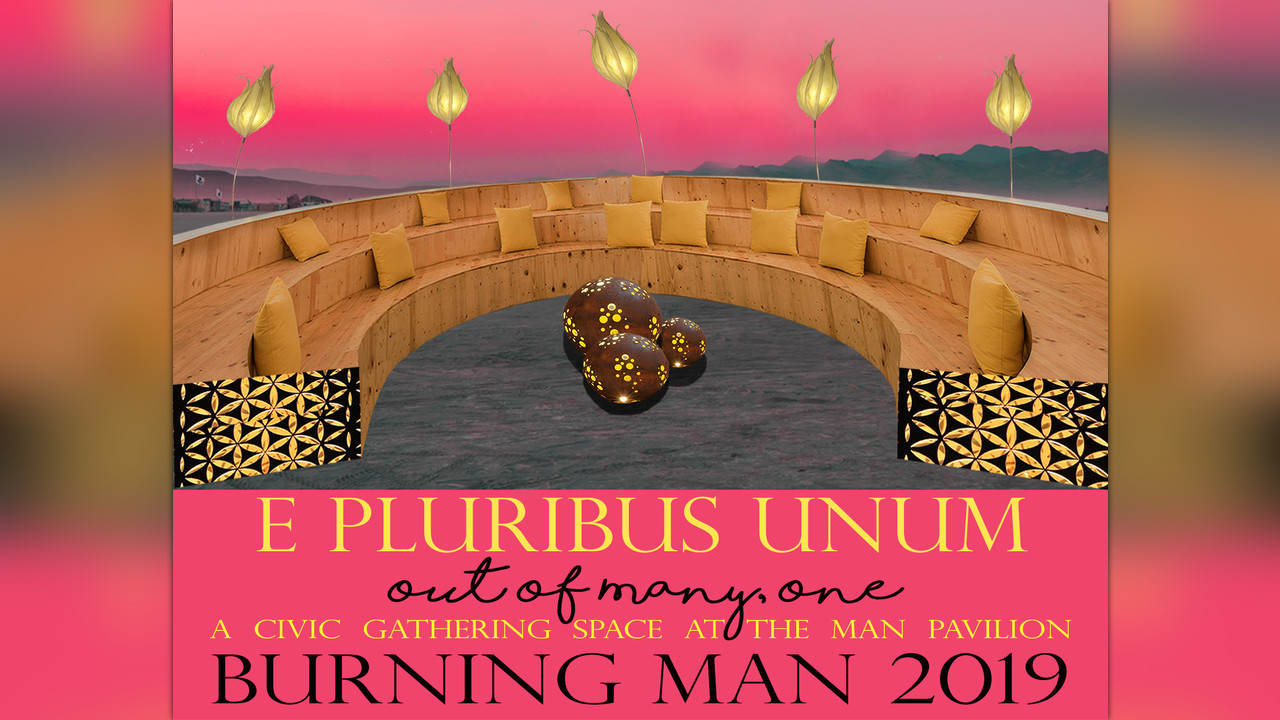 "In the beginning we just simply needed infrastructure. And as time went on, we realized that we needed more gathering places for people to come and be together." -Harley K Duboise, Burning Man Founder speaking at Burning Man 2018 for the 2019 film, "Winds of Change"

Artist Kelly Smith Cassidy's plaza design: E Pluribus Unum:Out of Many, One. was chosen as one of three parks for Burning Man's first Urban Design Challenge. 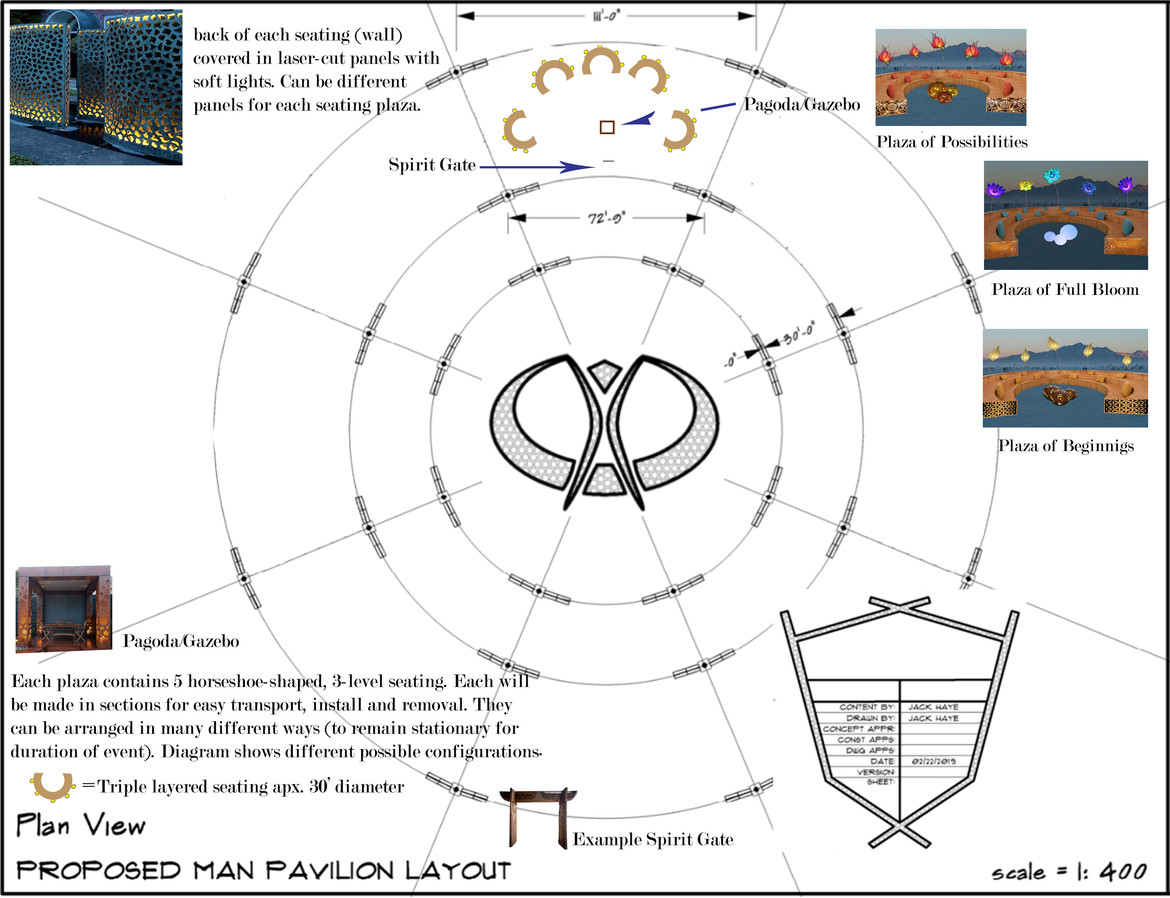 The Idea : A Place For The Citizens To Gather

Five wooden amphitheater seating areas with archways to connect them and a central pagoda will makeup the installation: "E Pluribus Unum : Out of Many, One". Created by artist, Kelly Smith Cassidy, E Pluribus is a civic response to the environment and community of Burning Man and Black Rock City.

As a city, Black Rock has transformed and grown. And with it, a need to organize and create meaningful city design has become of upmost importance. More places to gather, grown and spark imagination are needed in order to foster the growth and community of Burning Man.

The Burning Man Organization has responded to this need by creating the first Urban Design Challenge for Burning Man 2019. Three park designs have been chosen to surround the Man Pavilion this year. The hope being that they become a place specifically designed for the citizens of Black Rock City to gather and be in community.

We would love to count on you to make it happen.

Specific Needs For This Unique Project

Through the grant process of The Man Pavilion, some funds have been made available for this project to get it off the ground. But in order to make this project shine though, we need your help.

"So I really want to remind us that we are — despite what some of our politicians think or say — one big globe of humanity, that Burning Man is not political, it’s not religious, we go beyond borders and we’re really here to help one another. We know that what Burning Man culture can do is give people a sense of change, give people a sense of the world as bigger than themselves and really connect people one on one. That’s the most magical experience." - Marain Goodell,Burning Man Project’s first Chief Executive Officer

See all activity14
NEW Thank you emails can now be sent directly from the Transactions page.
Alternatively you can still leave a comment here. 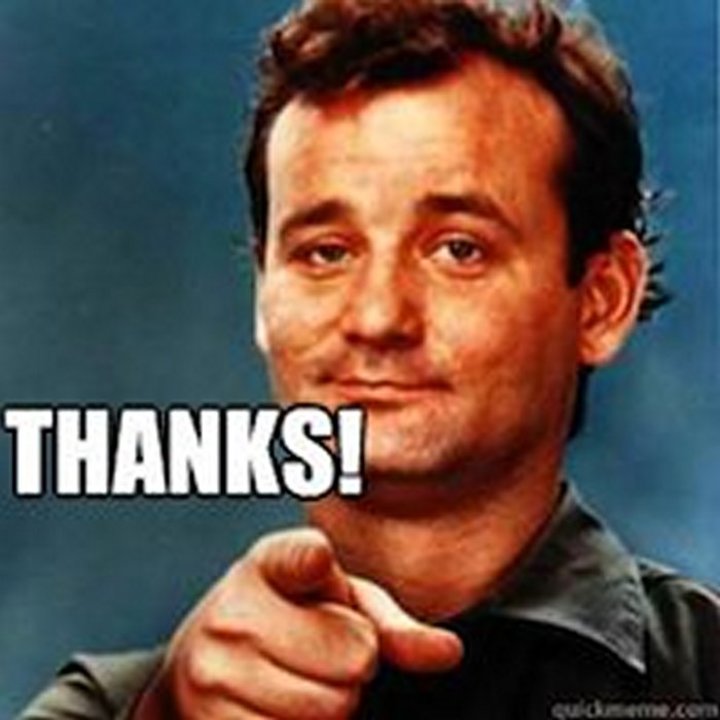 $5 USD
THANK YOU!
A huge psychic hug from us here at the plaza project headquarters. Can you feel the love?
More ... Less ... 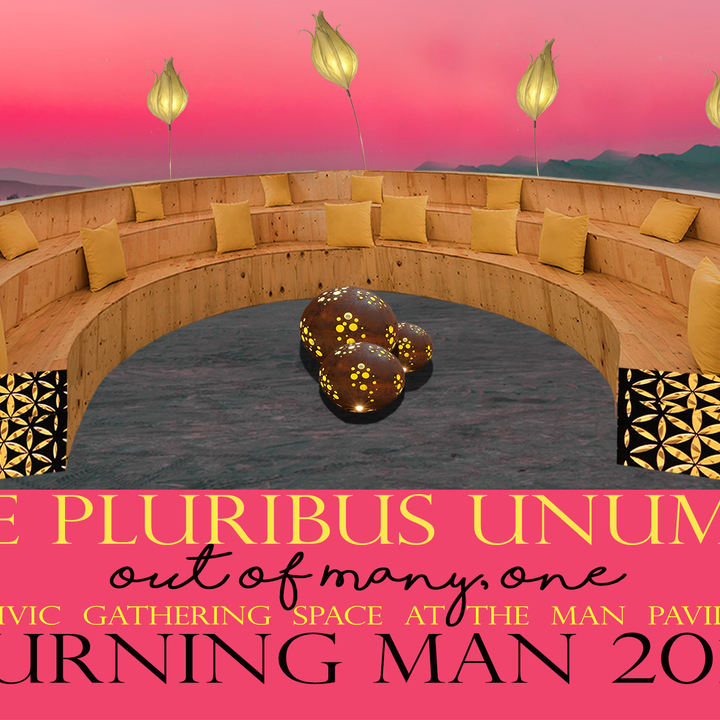 $15 USD + free shipping
THANK YOU!! + sticker
Ships to United States
Estimated delivery Sep 2019
A ginormous hug from all of us here at the plaza project plus a sticker to stick on anything you choose!
More ... Less ... 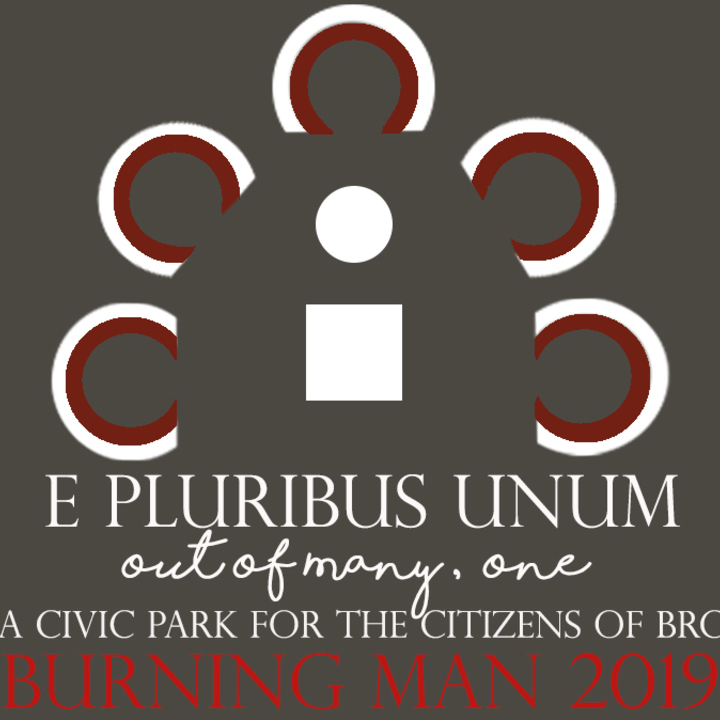 $20 USD + free shipping
Postcard from Playa!
Ships to United States
Estimated delivery Sep 2019
The artist will personally send you a postcard from Burning Man with a quirky and possibly incomprehensible message! I you are lucky, you might get one with a custom-made stamp!
More ... Less ... 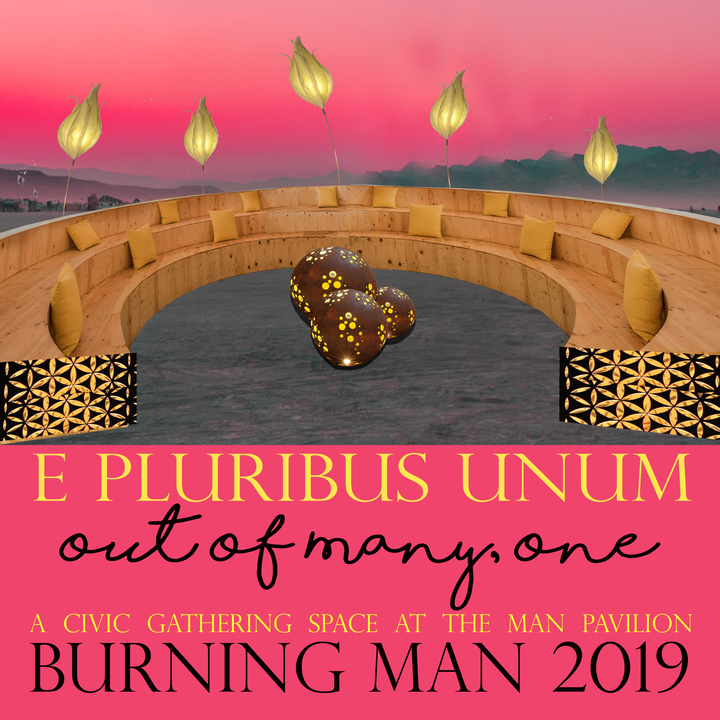 $20 USD + shipping
Sticker + Postcard
Ships Worldwide
Estimated delivery Sep 2019
A custom sticker from the project that you can stick anywhere you please and a postcard! (not mailed from Playa...;/)
More ... Less ... 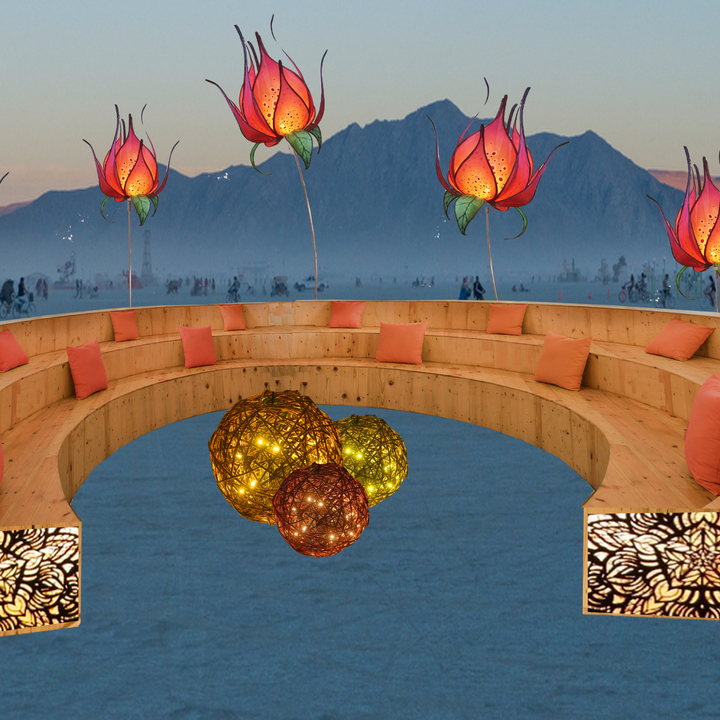 $25 USD + shipping
Print + Sticker + Postcard
Ships Worldwide
Estimated delivery Sep 2019
A small print of the project design to frame (one of three designs) plus a sticker and postcard.
More ... Less ... 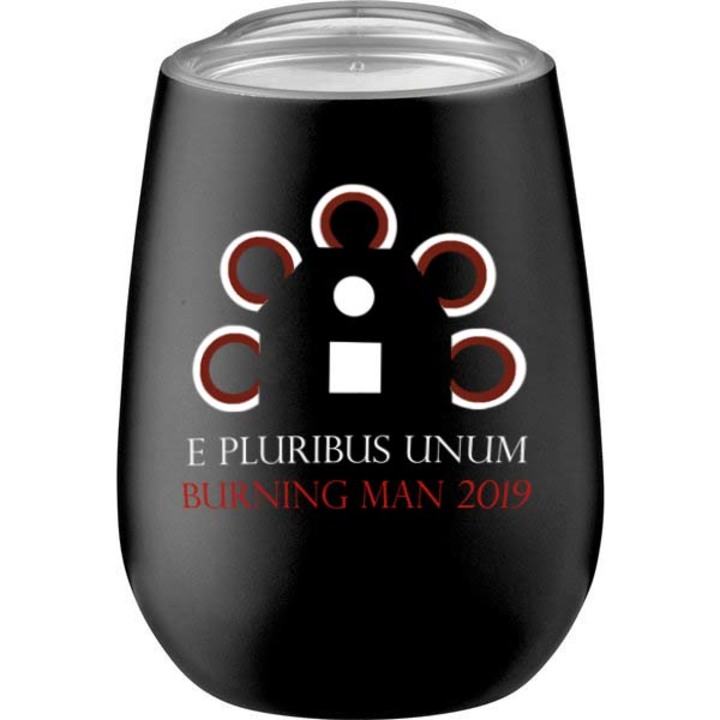 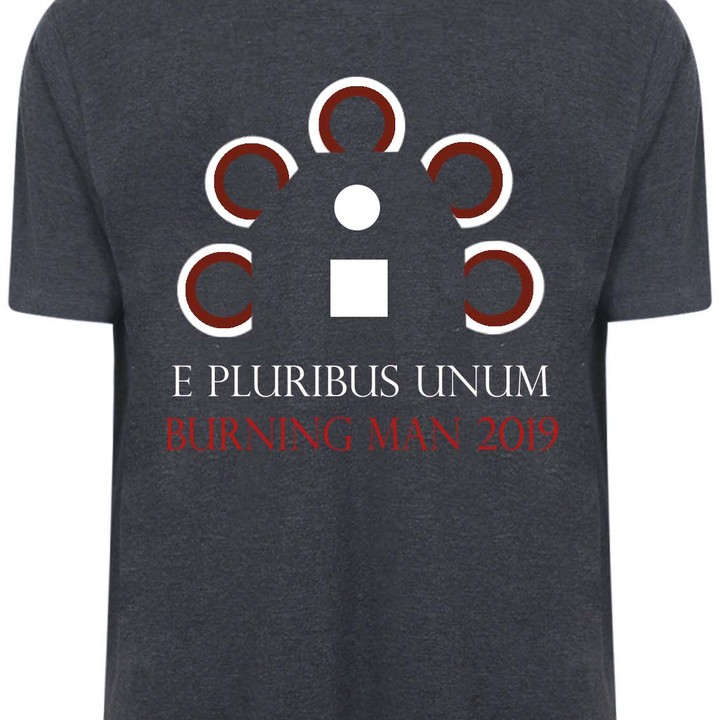 $100 USD + shipping
T-Shirt + Perks
Ships Worldwide
A T-shirt with the project logo plus some fun perks thrown in (ya never know....maybe something really fun and exciting!).
More ... Less ... 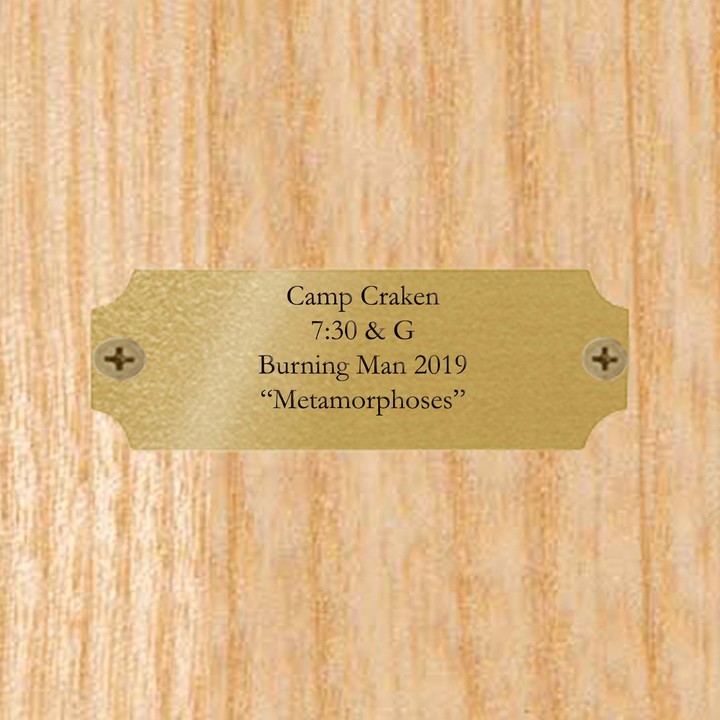 $125 USD
Plaque Of Your Camp On Seats
A custom plaque with your camp placement to be placed onto one of the round seating areas in the general map area of your camp!
The seats are each a representation of the BRC map! We will have a small plaque custom made for your camp and place it onto one of the round seats in the area representing your spot in camp! Show your support of a beautiful civic park for the citizens of BRC in a visible way. NOTE: MUST HAVE A PLACED CAMP FOR BURNING MAN 2019! ****
More ... Less ... 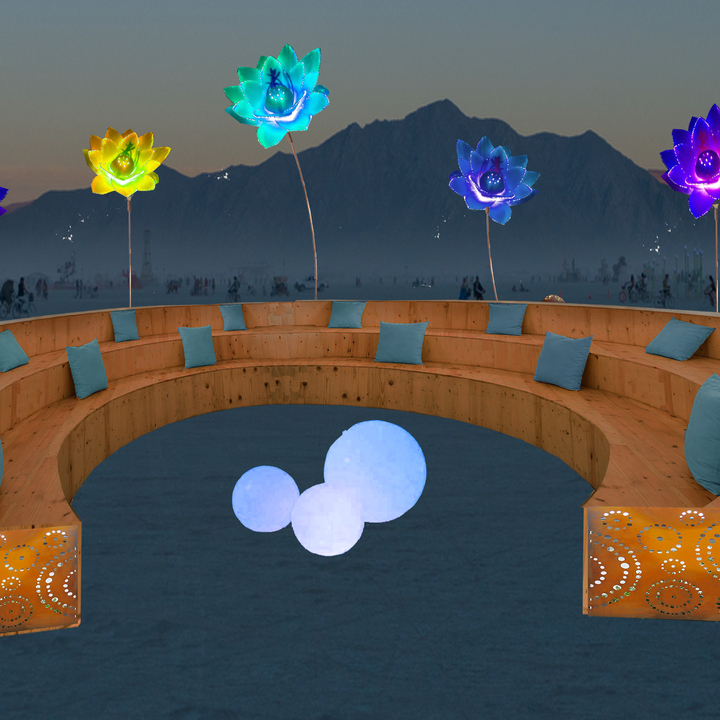 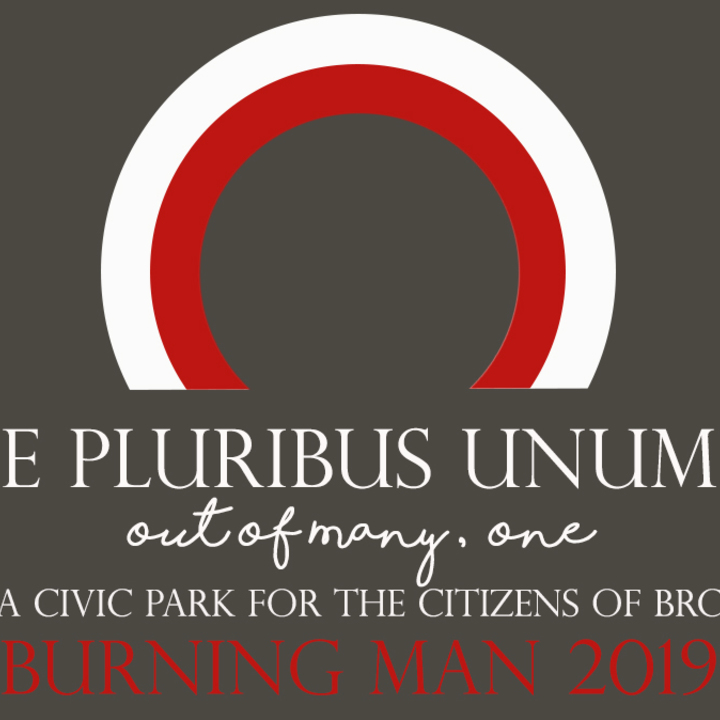 $500 USD + shipping
Kelly's Choice of Amazing Perks
Ships Worldwide
Estimated delivery Sep 2019
Project Lead and artist, Kelly Cassidy will personally select several swag items plus an interesting and unexplainable assortment of items just for you! (It's like winning an auction for a storage unit but cooler! :) )
More ... Less ... 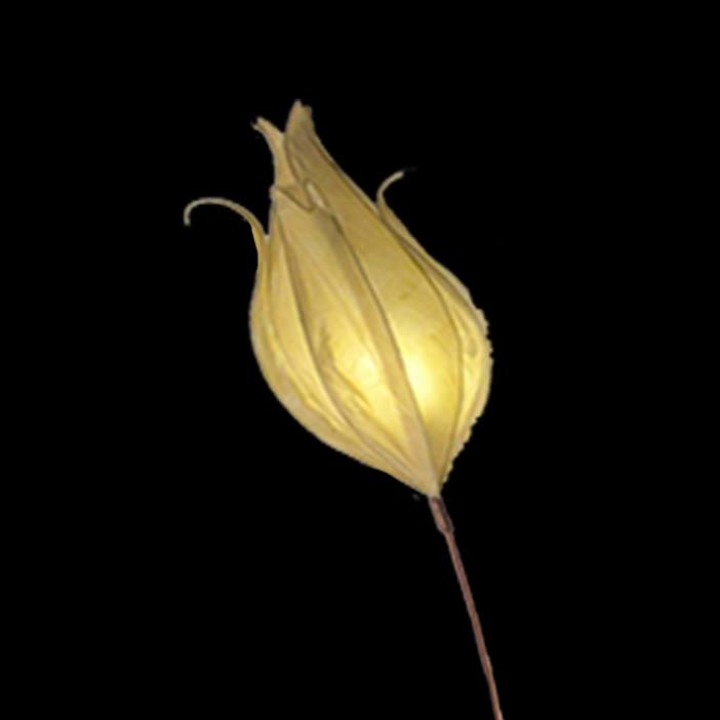 $1,500 USD + shipping
Flower Lantern
Ships to United States
The plaza artist Kelly Cassidy will be making 5 extra flower lanterns/lamps to be given as perks towards the fundraising of Burning Man's first civic park!
Each lamp is made by hand in Kelly's welding studio in South Lake Tahoe!
More ... Less ... 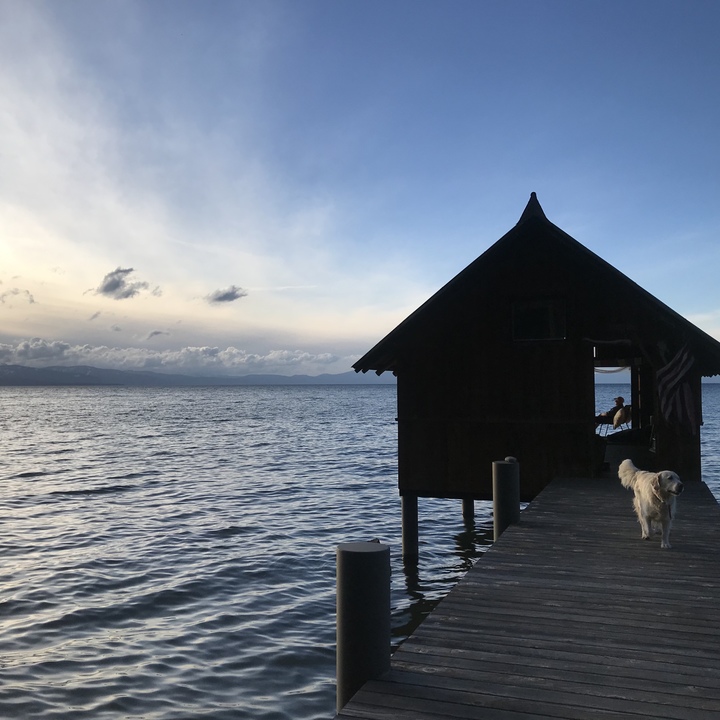 $2,000 USD
Overnight Stay In Private Lake Tahoe Boathouse
You and a guest will enjoy a night in a private floored-in boathouse over Lake Tahoe. Perk will include paddle boards to use and a candle-lit dinner with champagne in the boathouse. (Available in the summer months and early fall only!) Must select date from availability. Expires 2021.
More ... Less ...

Kelly Smith is managing the funds for this campaign. The campaign is for a personal cause.