Thank you everybody. Our campaign is now over. ✕
Help Henry!
SubscribeUnsubscribe
✖
Gallery (12) 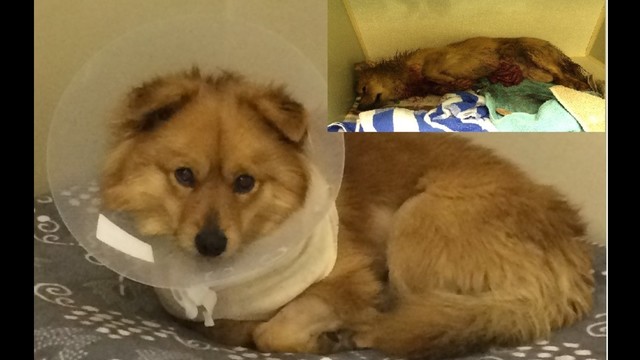 Henry was found in terrible condition. He had been mauled by other dogs which left multiple puncture wounds all over his body, including his chest, groin, and neck, with the worst one being on his abdomen, leaving two feet of small intestine exposed and contaminated with gravel and debris. The puncture on his neck exposed his jugular vein, but thankfully did not cut it. He had massive swelling and bruising to all his injuries.

He was found alone, cold, and in shock, and no one knew how long he had been like this, nor if he would survive.

His surgery involved cleaning and flushing the intestine to remove the debris, and then placing them back inside his abdomen, which was cleaned and flushed with a sterile solution. He had extensive damage to the muscle wall of his body, which is often the result of being bitten, and then shaken.

Due to his condition, he had a high risk of not surviving the anesthetic during his surgery. He was in shock and his body temperature and heart rate were very low. Thankfully by the end of the surgery, both his temperature and heart rate had begun to improve. He had drains placed and his wounds repaired, however his survival was still in question, as it was unknown if his intestines would still be able to function.

Henry received two different antibiotics intravenously for the first 4 days, as well as IV fluids, pain medication, antacids, and anti-nausea medication. Henry’s recovery was still in question but, to everyone’s relief, he finally gave us a healthy, solid poop, which showed that so far, his intestines were working properly.

He has been moved from the wonderful care of Dr. Laura and the Pemberton Vet Clinic staff and into a foster home, where he is on oral medications and his wounds are cleaned and coated with Zinc Oxide every day.

Though Henry is well on his way to a miraculous recovery, infection is still a possibility, and he will be monitored closely for the next few weeks.

It is a miracle that this little man survived his ordeal, and WAG cannot thank Dr. Laura and the Pemberton Vet Clinic enough for her diligent and loving care of this very special soul.

Henry continues to improve every day and is thriving in foster care. He went to the Pemberton Vet Clinic for a re-check and his neuter this week, and has been pooping like a champ! Any money that is raised above and beyond Henry's needs will be allocated for other animals in medical distress via WAG's Critical Care Fund.

THANK YOU FOR YOUR SUPPORT!

Please consider making a donation and help us reach our goal for Henry! 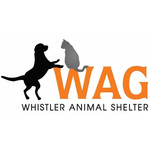