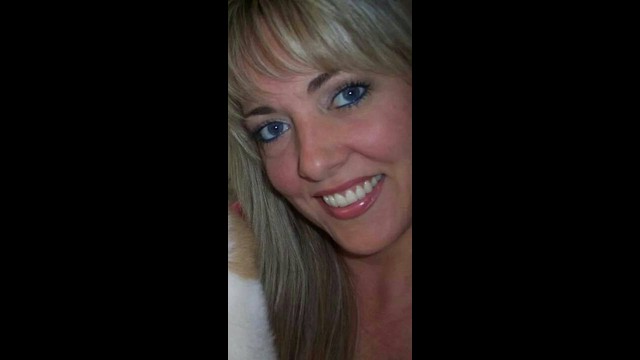 Hi everyone, this has been hard for me to write and I'm laying my heart on the line here. Under normal circumstances I'm not one to ask for help but today I'm begging and pleading for your help. The problem that I have is just too big for me to fix by myself and I feel very alone and overwhelmed.

About a year ago I was a very active wife and owner of a beauty salon. At that time however, I was ha...ving a lot of neck pain and atrophy in my shoulder and right hand. I was constantly dropping things because of weakness in my hand. I consulted a surgeon and he informed me that I had a damaged neck disc and needed a right anterior cervical discectomy and fusion of C5-6/C6-7. He also said that I had bone spurs and that my Ulnar nerve had become entangled and trapped around those bone spurs. This explained why I was having so much pain in my neck, shoulder and hand. The only way to fix it was with the vertebrae surgery and we set it up.

I had surgery on 08-09-2013. It was supposed to be a fairly simple procedure that would have me on my feet and back in the salon in around six weeks. Unfortunately, that was not to be. From the moment I woke up from the surgery, I felt the most intense pain and pressure in the back and top of my head. I never had neck surgery before so I assumed that this was normal and I just needed to suck it up.

However, after my surgery my existence became one of total pain and despair. I say existence, because most days, I felt like I was not a real person anymore. I could barely work, take care of my home or function like I had used too. Every time I lifted my arms, even to dry a client's hair or hang clothes in the closet or even to blow my nose, my head would explode in agony. Whenever I looked up or down I was overcome by vertigo. I also realized that whenever a barometric pressure change came due to a weather front passing through my area, that it would literally send me to my knees with excruciating pain and pressure in my head.

About two months after my surgery I was working on a client and as she was talking to me the pressure in my head began getting so intense that her voice started fading away (like I was in a plane) and I felt a big bubble burst inside my right ear and then some tiny bubbles burst behind my ear. I screamed and dropped my flat iron. Grabbing my ear, I felt inside and expected to feel blood but there wasn't any. My ear hurt so bad and I got very dizzy and felt like everything was going into slow motion and looked funny. Aside from the intense crippling pain that I experienced, I felt like I had become "that patient," the one who didn't recover like everyone else. I saw so many doctors in different cities (over 20) and but none of them had the knowledge or skill to diagnose my condition. Some even suggested that it might all be in my mind. Sometimes I even wondered if I was going crazy.

I was beginning to believe that this pain and severe physical limitations would persist until the day I died. Then, in March of this year, during a prayer meeting that my Dad was holding for me in his church in Houston, a woman there realized that my symptoms sounded just like what a friend of hers had experienced. I called this woman's friend and became more hopeful and excited than I had been in months because our symptoms were identical. She too had consulted with over 25 doctors before she found a board certified surgeon (one of less than 200 in the US) in Lousianna who could accurately diagnose her rare medical condition and then ended her head pain through specialized surgery. She helped me to get in contact with this specialist and we set up an appointment.

I went to be tested in March of this year and finally had my answers. I was diagnosed with intractable vertigo caused by intracranial pressure which had entered my head during my cervical fusion surgery due to a complication occurring that I was never informed of by the surgical staff or hospital. He told me that during my surgery I severely choked on the breathing tube, that they should have pulled the tube while I was still asleep, put a mask on me, then bagged me to keep my air ways open before being allowed to start waking up from anesthesia. It also explained why I was covered in dark purple bruises all over my shoulders, It must have been quite a fight.

This trauma caused my intracranial pressure to become worse when I started resuming my normal activities because it had no where to go in my body. Thus it blew out part of my inner ear (the oval window and the round window) causing a perilymphatic fistula. This allowed fluid to enter my head and put excess pressure on my brain. I was immediately put on a diuretic and a no salt diet to try and reduce the intracranial fluid. I was also given a long list of things that I was no longer allowed to do like coughing, blowing my nose, bending over, holding my breath, lifting no more than ten pounds, straining in any way, no working out or doing anything that I used to do on a regular basis. Things that I used to take for granted, but will never again!

In April I returned to Louisiana for further tests and the doctor informed me that I had gotten worse. The intracranial pressure was still bad and had now also moved to my left ear. The tests showed it was now damaging my left ear. I was told that without surgery the symptoms would only get worse and loss of my hearing would be a real risk. Since the intracranial pressure is still getting worse, I will have to undergo a procedure called endolymphatic sac decompression (where the surgeon removes a bone behind my ear to allow the pressure to leave my head ), also a PE tube placement (helping fluid to drain into my throat) and a lumbar puncture (spinal tap) to reduce the intracranial fluid pressure on my brain, plus the perilymphatic fistula repair to fix the tear in my inner ear.

I will have to have two different surgeries (3 months apart) due to both ears having the same damage (bi-lateral) and my brain having to readjust each time to the pressure being gone.

The good news is that the doctor promised that he could end my life of crippling head pressure, vertigo, and restore me back to normal life and work activities through these two surgeries. I was so relieved to finally be diagnosed and able to have surgeries to correct all of my health problems. However, I have run into a big problem because this specialist surgeon does not participate in any health insurance plans. This means that I will have to pay out of network costs for the surgeon’s fee for the two procedures. My insurance will pay for the hospital, anesthesiologist and everything else. In order to have these two surgeries I need to raise $38,750.00. If the Lord leads you to give to help cover these expenses, then I would be forever grateful.

courtney summerhill is managing the funds for this campaign. The campaign is for a personal cause.