Thank you everybody. Our campaign is now over. ✕
Rabina Aslam Fund
SubscribeUnsubscribe
✖
Gallery (1) 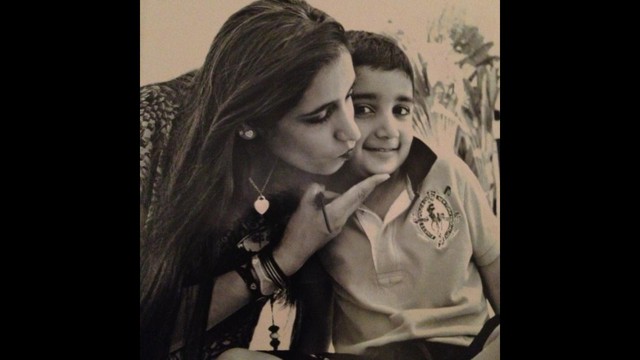 Rabina Aslam is a 34 year old mother of one living with terminal cancer. On the 31st October 2013 Rabina received the devastating news that she had an incredibly rare pancreatic neuroendocrine tumour. She is one of the youngest people to be diagnosed with the disease in the UK. Upon further investigation it was discovered that the cancer had spread and both liver and pelvic metastases (cancerous tumours) had formed. Rabina was initially offered only palliative care with a projected life expectancy of approximately 2 years, however following an appointment with a consultant at the Queen Elizabeth Hospital in Birmingham the decision was made to undergo chemotherapy in an attempt to stem the growth of the tumours.

Rabina has endured 6 aggressive chemotherapy treatments but the treatments were unsuccessful and the tumours have continued to grow. Treatment options for pancreatic cancer patients are extremely limited although there is a new cancer treatment for inoperable tumours that Rabina is eager to try. The NanoKnife treatment technique destroys soft tissue tumours with the use of an electrical current, minimising the risk of damage to nearby organs and blood vessels. This treatment has been proven to both shrink and slow the growth of tumours. Unfortunately the treatment is not available on the National Health Service (NHS) and the cost to have the treatment privately is approximately £13,000.

As many of you will know, Rabina works for the NHS and has dedicated the past 10 years of her life to caring for sick and injured people across various Accident and Emergency departments throughout the Birmingham area. Rabina is articulate, intelligent, compassionate and as beautiful on the inside as she is on the out. Nothing was ever too much for her to do for her patients. I know personally that her diagnosis has devastated not only her family but also her work colleagues as they value Rabina as a very dear friend.

We all need to come together in order to raise the £13,000 for the NanoKnife treatment Rabina desperately needs. The treatment may not cure the cancer but it could give her more time to spend with her son.  Rabina has a handsome 5 year old son, Armaan Ahmed Aslam, who is the centre of her world. If we can give them another few years together then we have achieved something that is almost a miracle.

I will be running the Bupa Great Birmingham Run 2014, a half marathon on the 19th October and raising funds for the treatment via sponsorship. I will also be organising fundraising events over the next few months; I shall keep you updated via the webpage and Facebook.

Please DONATE NOW!  Unfortunately we do not have time as the tumours are continuing to grow. The quicker we raise the funds the quicker Rabina will receive the treatment. It doesn’t have to be much; you could sacrifice the cost of your daily Costa or takeaway lunch. Every penny will make a difference.

If for any reason Rabina becomes too ill for the treatment to go ahead all funds will go into a trust fund for Armaan's future.

Thanks a million for the support.

Maya Black is managing the funds for this campaign. The campaign is for a personal cause.