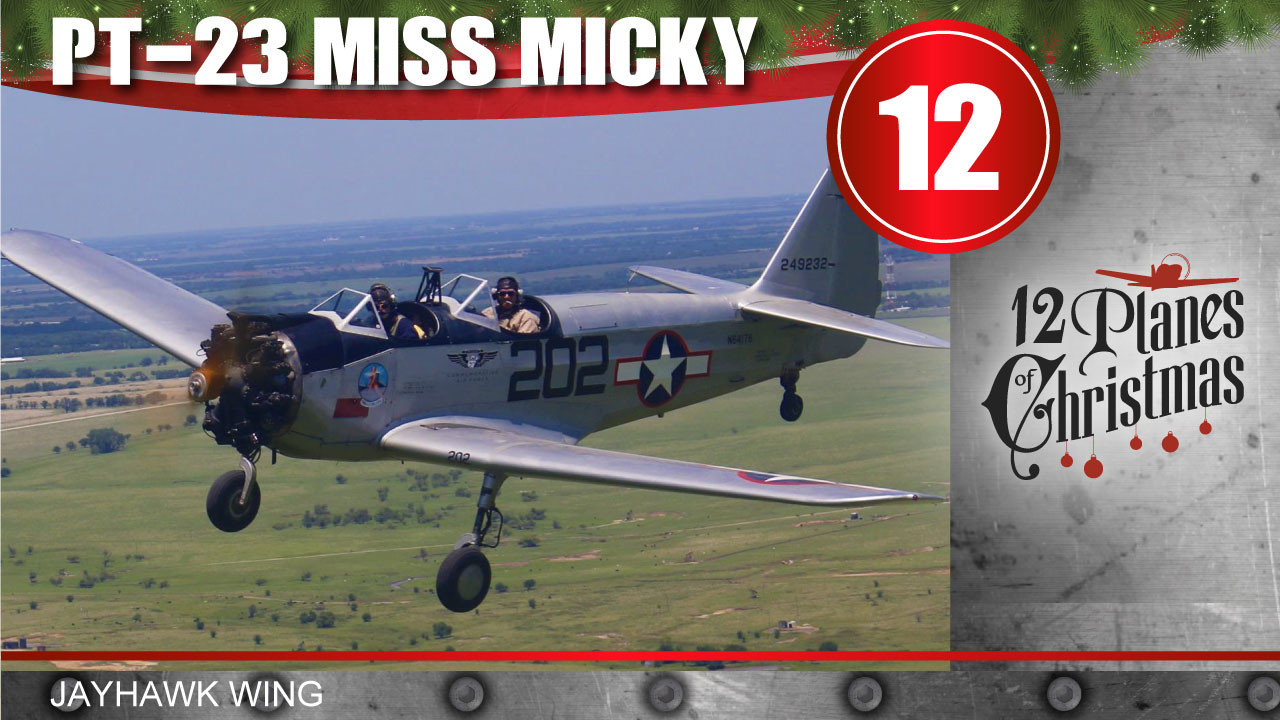 The Fairchild PT-23, named Miss Micky, is an excellent example of the "flying textbook" that trained so many military pilots. She has been an important aircraft for the community and a revenue source for the Jayhawk Wing when flying .

This PT-23 was manufactured in August 1943 and was used to train pilots at Flecher Field, in Clarksdale, Mississippi. The aircraft is currently painted in the same paint scheme used by the Air Corps at the time of its manufacture. A unique feature on this aircraft is the red outline of the national insignia painted on the fuselage. This mark was only used for a short period of time because it was discovered that U.S. troops would shoot at any aircraft with red in the national insignia.

For six years Wing members have diligently documented the restoration on the Wing's Facebook page. Some of the  work left includes reconstructing the starboard wing and the fuselage. It takes a lot of volunteers to complete this work and this year has been especially challenging to raise funds and engage more volunteers to help.

The City of Wichita, once known as the "Air Capital of the World,"  has been the headquarters location of several aircraft manufactures and birthplace of many well-known pilots. The Wichita based "Jayhawk Wing" is proud that one of the founding Wing members includes the famous, Mildred "Micky" Axoton. She was a Women Airfare Service Pilot (WASP) and trailblazing aviator. As an homage to Axton, in 2009, the Jayhawk Wing members named this PT-23 "Miss Micky." It means so much for the Wing members to continue to be part of Wichita's rich aviation history and tell Axton's story using this aircraft.

Mildred Axton was one of the first  WASP to be trained as a test pilot. After leaving the WASP in 1944, she went to work for Boeing Aircraft as a flight test engineer. In May 1944 Axton was the first women to fly a B-29 Superfortress. Following the War she became a high school teacher. Axton was a dedicated CAF Member for 40 years until she passed away in 2010.

"We flew because we could and because we loved it and we were darn good at it." 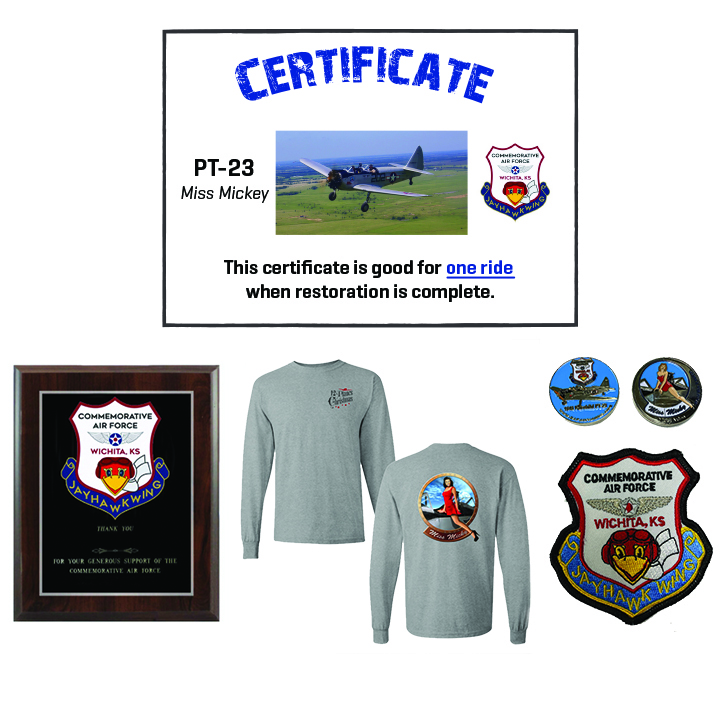 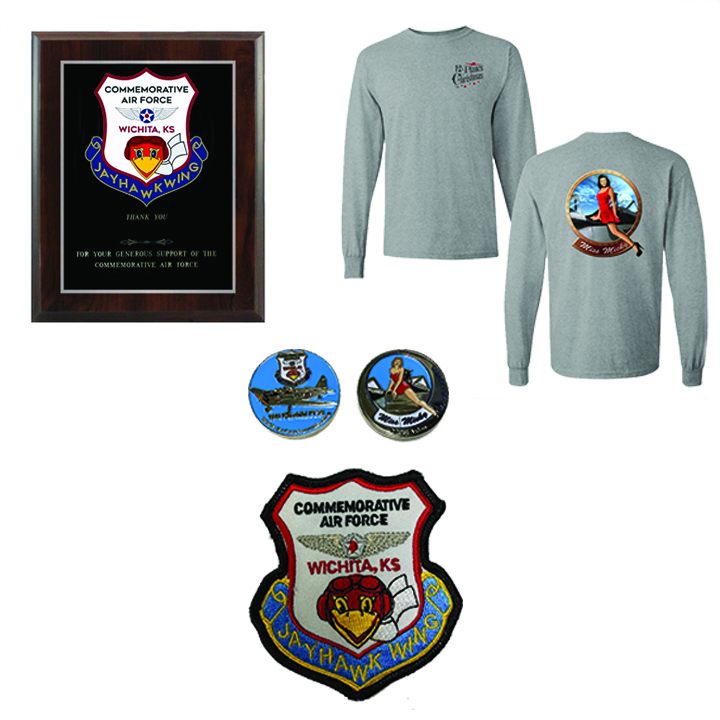 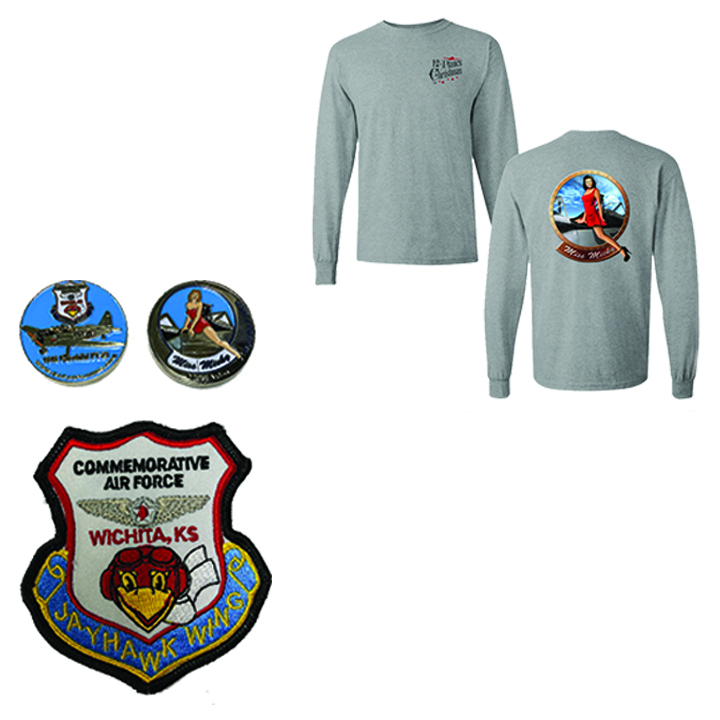 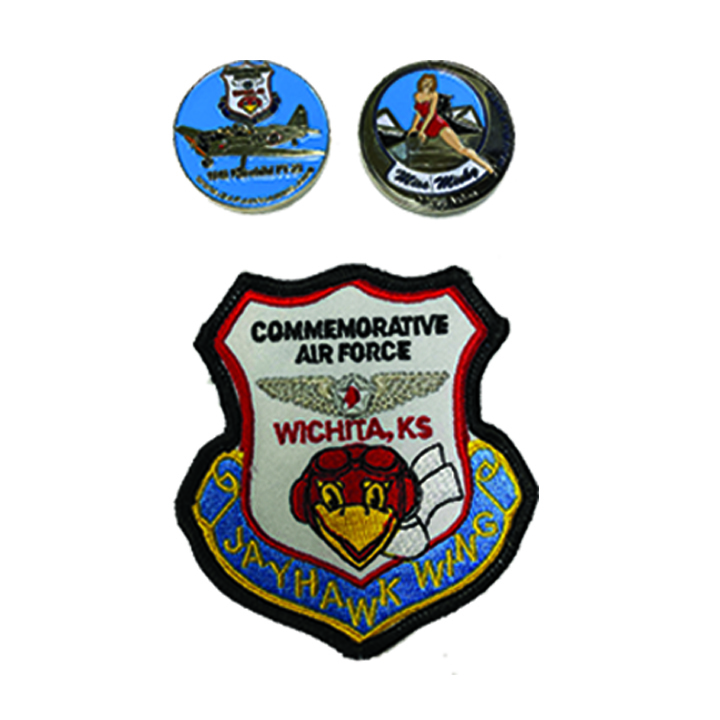