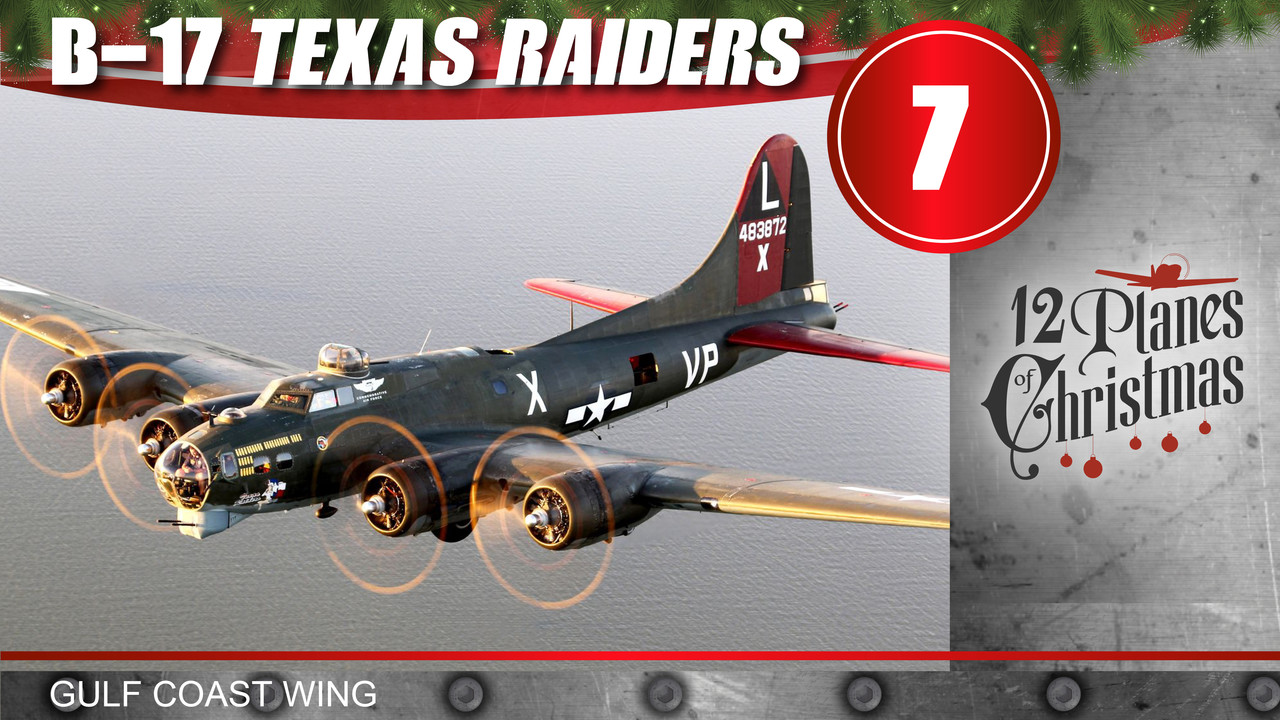 Support for the CAF B-17 Texas Raiders has been great. We've stretched our goal from $12,000 to $15,000 for the last days of the campaign.  Rebuilding one of these engines is a big project, and every dollar helps. Thank you for helping us through the home STRETCH!

The US built 12,731 B-17s, and today only five are actively flying. The CAF's B-17, Texas Raiders was the first B-17 acquired solely for the purpose of education and use as a flying museum. Since 1967, the CAF has flown Texas Raiders for that mission of education and remembrance. She allows the public to truly put their hands on history, and keep alive the memory of those who built, maintained, and flew the iconic bombers in World War II.

The CAF's B-17 Texas Raiders was built in July 1945. The war was winding down and there was no need for B-17's any longer, so these new Fortresses were expected to go straight to the scrapyard. Thankfully the Navy chose 20 surplus B-17s to become part of the "Cadillac II" project the world's first successful attempt at Airborne Early Warning and Control. Today we know this as AWACS and it is ubiquitous among the world's top air forces. The airplane that would eventually become Texas Raiders once was at the cutting edge of modern technology.

This September, Texas Raiders suffered performance issues with an engine while in transit to an event in Arkansas. The flight crew safely landed the aircraft in Texarkana, where an inspection revealed that there was internal damage to engine #3, and it was changed out. The first step in this process included the recovery and transport of the failed engine. The second step was the disassembly, inspection, and cleaning of the accessories such as exhaust, oil cooler, and carburetor.

The failed engine will need to be diagnosed and rebuilt by an engine rebuild partner. The damaged engine has been initially assessed and the preliminary estimate for a complete overhaul of engine #3 is $50,000.

Texas Raiders tours routinely from April through November each year to airshows, barnstorming events, civic events, and flyovers. Volunteers who tour with the aircraft engage with the public by giving tours and rides on the aircraft. From scout troops to college students, people really connect with this aircraft, and each and every one has the opportunity to hear the history and importance of the B-17 Flying Fortress.

Help us achieve our goal and receive a gift from the Gulf Coast Wing!  Choose your position:

Tail Gunner: donate $100 or more and receive a B-17 Supporter Patch

Bombardier: donate $200 or more and receive a Supporter Patch and a Challenge Coin

Flight Engineer: donate $500 or more and receive a Supporter Patch, a Challenge Coin and a Texas Raiders crew cap

Bomber Pilot: donate $1000 or more and receive a Supporter Patch, a Challenge Coin, a Texas Raiders crew cap and a certificate for a flight in the Gulf Coast Wing SNJ advanced trainer