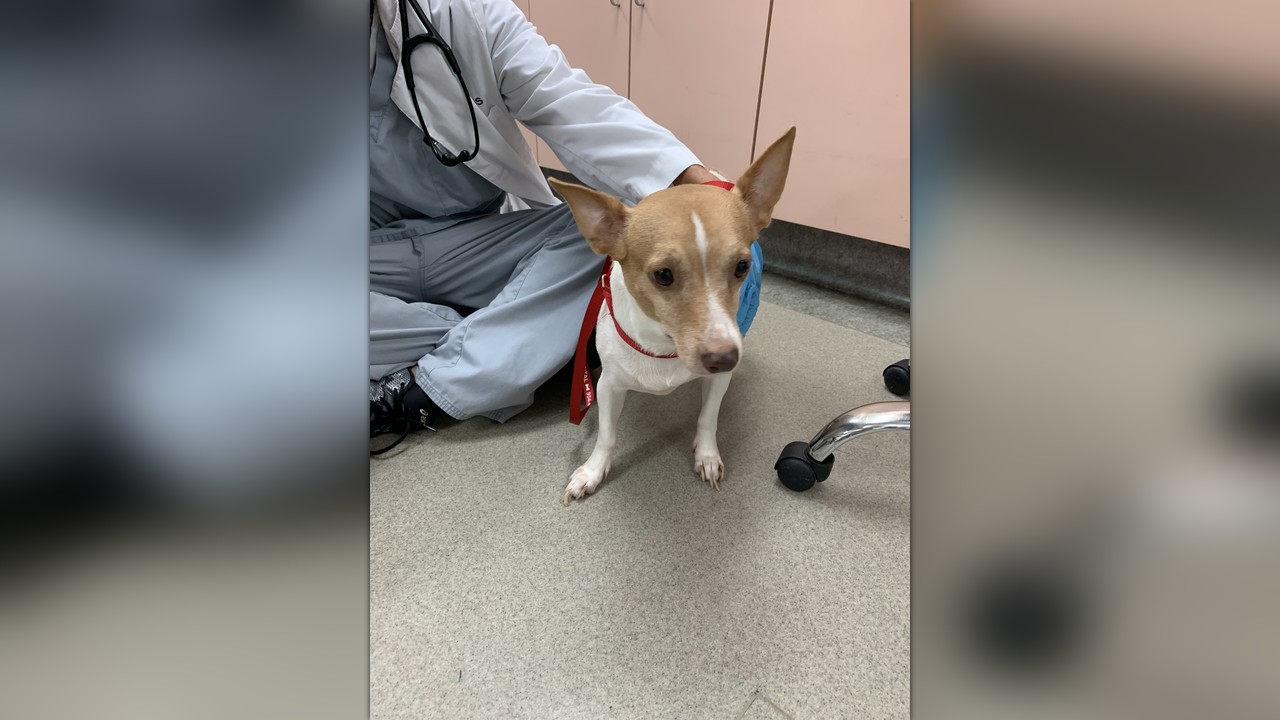 It feels like groundhog day all over again becuase it is, and Mairsol is in essentially the same place Petunia was when she came to just just a few short weeks ago.

The call came from Leader to let us know that there was a dog there who presented like she was pregnant but had discharge coming out of her which suggested that either she was pregnant and her puppies were not viable or perhaps she had pyometra (an infection of her uterus), both of which were ultimately deadly if not treated.

The family said they had gotten Marisol from a backyard situation just two weeks ago and wanted to surrender.  Would we take her?  We were her only shot.

We are still way upside down on our parvo puppies, Ash's diagnosis was a long and winding road of diagnostics, and our hearts are still hurting from Radar's loss.   We shouldn't do it.  We are too far under.

Yes, against our better judgement, yes we will take her.

Marisol was quickly transitioned to Dr. Phillips for an Ultrasound performed with the assistance of Vet Tech Edgar, where the ultrasound showed that there are puppies, but not a detectable heart beat.  Marisol has just gone to surgery with Dr. Marin, and we are hoping for miracle for both Mom and pups, but our thought is that the puppies are not viable.

All we can do is keep going and hope that as our community shares our dogs stories that awareness is rasied and with awareness comes change.  In the mean time, we are back, yet again, to ask your generosity to give Marisol the chance she deserves which is a live outside a pen in a back yard, free from worring about puppies, and to have the live and home of her dreams.  Will you help us give her that?