Raising $$ for heated dog palace for King
Contribute
Campaign extended! Our deadline has passed but you can still help. ✕

No thanks
Raising $$ for heated dog palace for King
✖
Gallery (1) 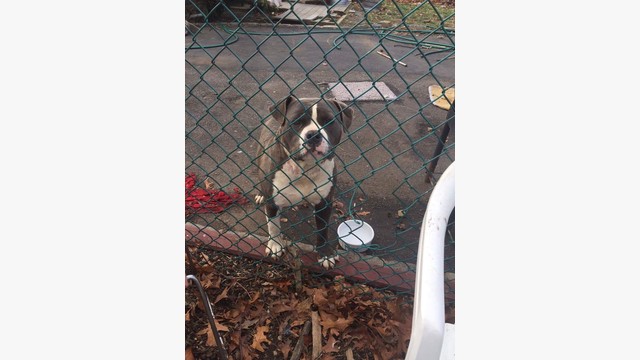 $280 raised 56% of $500 goal
9 contributors
3 Years running
Contribute
By Jacqueline Oliveri
Are you friends?
Personal campaign Keep it all
East Meadow, US

We are a group of rescuers from Long Island, NY trying to help a dog named King so he no longer needs to suffer in the elements of harsh LI weather...  We believe no dog should have to live outside but unfortunately the owner provides the bare minimum by law, allowing him to keep his dog this way!!!  We will continue trying to persuade the owner to surrender but in the meantime want to build a heated palace for King!! He has been given a temporary shelter filled with straw but this is not enough for the long term... We would also like to build an awning so he can get out of the sun in the summer months...  I know this is not the outcome we all wanted but we can't leave him this way... We would also like to get him some strong big dog toys...  If we are able to get him to surrender the dog, we will use the money towards vetting and donate the rest to rescue that takes him on. Jacqueline Oliveri hasn't posted any updates yet.
Newest | Oldest
Show more
NEW Thank you emails can now be sent directly from the Transactions page.
Alternatively you can still leave a comment here.

Jacqueline Oliveri is managing the funds for this campaign. The campaign is for a personal cause.