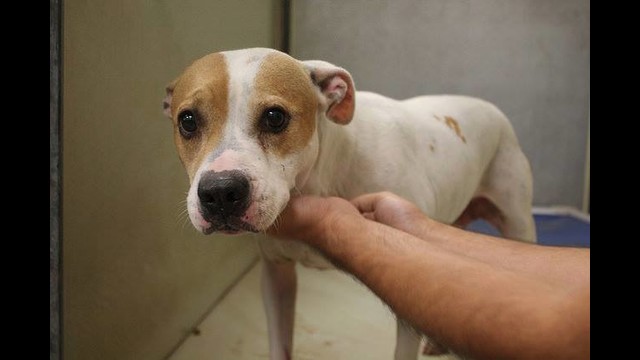 This is Coco Little.

Her story is not unlike so many other dogs classified as American's Most Unwanted.  The shelters burst with pitbulls and pit mixes.  Somehow they have earned that title causing them to be the poster "child" for all that encompasses the image of a shelter dog.  Abuse, neglect, injury, sickness....all stemming from an unknown past....with the final stop being a kill shelter where the countdown on their final hours begin.  Their stories vary in only the mechanism of their abuse.  Burned, dragged, beaten, kicked, starved, shot, stabbed - the ways and degrees their abuse is carried out is mind numbing.  But there is one common element among them.  That is their whole life - all they have known, has been evil.  They endure only to now die an unthinkable death - alone, in pain, and in such terrorizing fear it makes death a comfort.

This should not be.

It is not known what happened to Coco Little.  We can only look at her wounds, her bruises, her injured hind leg to only guess.  She was also defecating blood.  It is thought that Coco Little was struck by a car.  She was left with her injuries - and no medical care - for an extensive period of time, suffering at the hands of her "owners".  Finally, she was brought to a kill shelter in Philly, where she was timestamped to die immediatley due to her medical issues.  The countdown to her death had begun.  She would die exactly how she lived.  Alone, in pain, and in terrorizing fear.

This can not be.

A community rallied together, struck by the unfairness of her story, and the fight to desperatley save her life was on.  As the time approached closer to her 8pm timestamp, her posting on Philly ACCT's Facebook page exploded with desperate pleas for foster - and then for rescue.  A foster stepped up - her savior - willing to take her.  For what seemed like an eternity, the hunt for a rescue to pull her then became the focus.  More crosspostings, phone calls, text messages, emails.....can anyone take her in?  Rescue Dogs Rock Animal Rescue was contacted and upon seeing there was a willing foster, contacted Philly ACCT that we would pull her.  At 7:45pm - with 15 minutes until her euthanasia time - her life was spared.

And now...this will not be.

Coco Little left the shelter the next day - the first day of her new life.  The goal now becomes attending to her neglected injuries and fixing her.  She was brought to Harleysville Veterniary Hospital under the care of Dr. Gonzalez.  Xrays revealed a severely dislocated right hip.  Under sedation, 2 vets worked to reduce the dislocation with no luck.  Due to the length of time that she was left like that, scar tissue had formed and her muscles were in intense spasm.  The only way to repair this was through surgery.  Her hip joint needs to be surgically opened and they will attempt to reduce the dislocation again.  However, they are not hopeful and therefore will need a hip replacement.

This is where you come in.  RDR has taken on several medically challenged dogs recently, each with vet bills into the thousands.  This is in addition to all of our other dogs.  Any amount - no matter how much - will help, as it all adds up.

A community is what spared this girl from an unknown past and a definitive death.  It will be that same community that will help save her.  Can u help?

Activity highlights See all41
NEW Thank you emails can now be sent directly from the Transactions page.
Alternatively you can still leave a comment here. 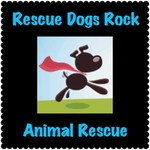