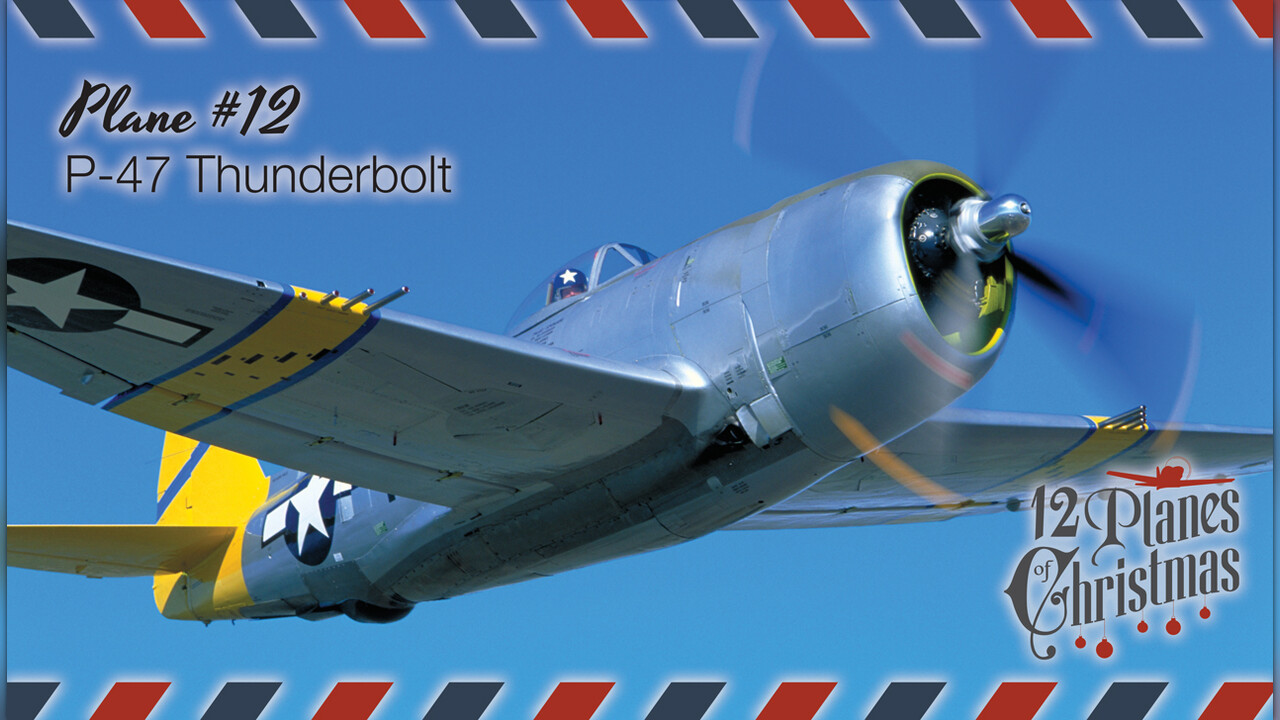 More than fifteen thousand Thunderbolts were built to serve in World War II, but only about thirteen remain airworthy in the U.S. today.  The CAF's P-47 did not see combat during the War.  After the war, the aircraft was assigned to the Puerto Rico Air National Guard before transfer to the Nicaraguan Air Force, eventually seeing combat in Central America.  The P-47 is one of the CAF’s original aircraft acquired by CAF founder Lloyd P. Nolen in 1963.

The restoration project ahead for this P-47 Thunderbolt is extensive, but the CAF is committed to making sure she flies again.  This year, Airbase Georgia collaborated with another Unit to take over the project.  While the aircraft will require thousands of hours and hundreds of thousands of dollars' worth of work and materials, Airbase Georgia volunteers have prepared a detailed project plan to get this Thunderbolt back in the air.

The P-47 is one of the iconic airplanes of the Second World War.  As the world’s largest World War II flying museum, the CAF must have a flying example in the fleet. Telling a compelling story with the aircraft that Educates, Inspires and Honors is critical to performing the CAF mission in Georgia.

Airbase Georgia may keep the livery of “Lil’ Meaties Meat Chopper”, a P-47N assigned to the 464th FS/507th FG based on Ie Shima in 1945.  “Lil’ Meaties Meat Chopper” was flown by Lt. Oscar Francis Perdomo, the last “ace in a day” for the U.S. in the War.  By flying the aircraft as a tribute to Perdomo, the CAF will honor the contributions of Hispanic Americans and all veterans who defended our freedom during World War II.

A key milestone is to complete the wings and reassemble one of the flaps. To expedite the project, Airbase Georgia has engaged AirCorps Aviation, a respected warbird restoration company, to repair or replace belly skins, cowlings, dishpan, and cowl flaps.  All the fittings and parts will be made “in-house” by volunteers in Airbase Georgia’s well equipped machine shop.  Fuselage work includes wires, piping, turbo, and instruments fuel system.  The $15,000 will be used to purchase an engine mount and conduct an X-ray inspection.  Donations of any size will directly support this restoration project and help return the Thunderbolt to the sky.

Recently, a volunteer found a rare set of N-Model brakes for sale that are needed for the project. They added a stretch goal of $5,000 to help purchase the brakes.