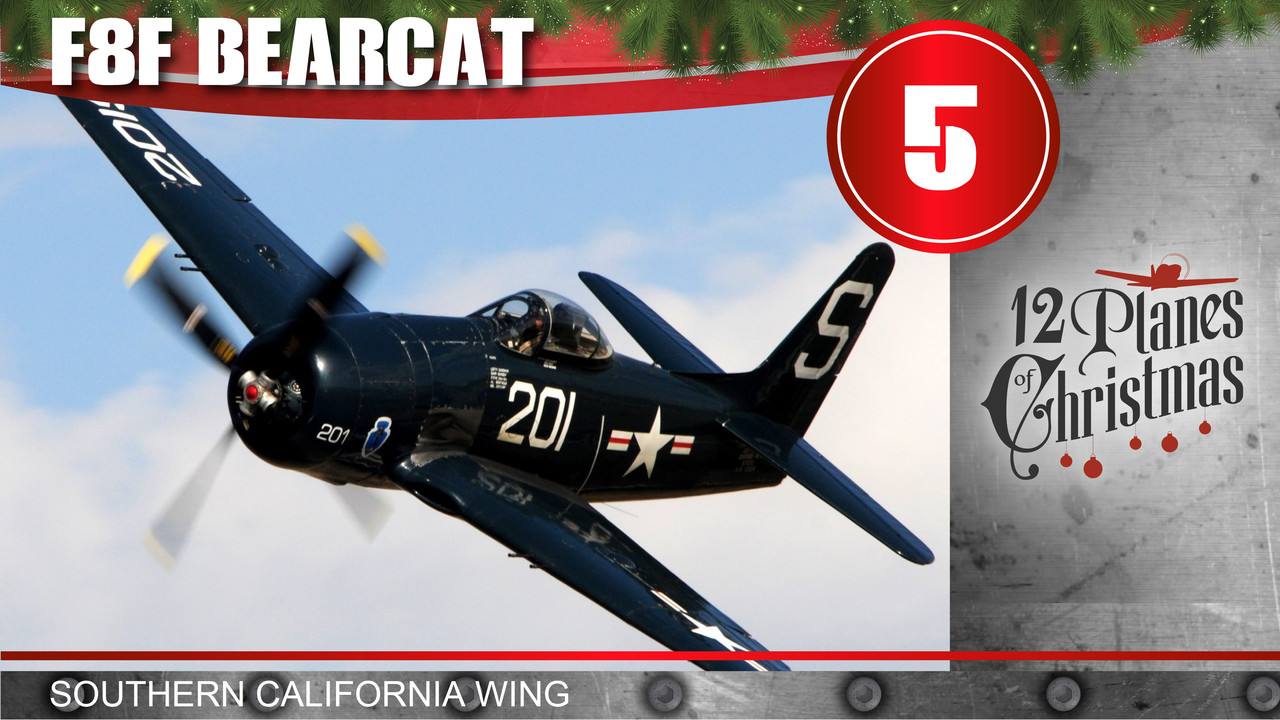 SUMMARY
The Bearcat was one of the later Navy fighters of the War. The CAF Bearcat, No 122674, was built in 1948 and was the 34th from the last F8F built. There are only about a dozen airworthy Bearcats in the U.S. to tell the story of the technological advancements of Naval Aviation. This aircraft has been very well taken care of through the years, but as all warbirds do, this aircraft is due for some extensive work in order to keep it operational and able to participate in the many aviation events on the West Coast.

HISTORY
As the war progressed in the Pacific Theater the needs of the Naval Aviator changed. For this late-model carrier-based aircraft the military was looking for a design which could out-perform the Japanese Zero. One feature of the Bearcat is the aircraft’s ability to climb fast and high. To do so, the aircraft was outfitted with the largest and most reliable engine at the time, the Pratt & Whitney R-2800. Engineers took that large powerful engine and fitted it on the smallest possible airframe. This particular aircraft has been in the CAF fleet since 1959 and has been assigned to the Southern California Wing since 1991.

PROGRESS
The Southern California Wing is actively working through a complete restoration of this aircraft. The last time this aircraft went through this type of work was almost 30 years ago, also performed by the SoCal Wing. A great benefit to this project is having members still involved that performed the original restoration in the early 1990s.

TASKS AHEAD
The aircraft will be completely disassembled, thoroughly inspected, and repaired as necessary. Currently, the engine is removed for inspection and volunteers are working to track down oil leaks. When the entire aircraft review is completed, they will also repaint the aircraft.


VISION
This aircraft serves as an excellent tribute to American Naval Air Power and showcases the pinnacle in piston engine aircraft technology. The Bearcat attends multiple airshows annually to participate in aerobatic routines. One of those routines is a choreographed homage to the Blue Angels which is flown along with the CAF’s F6F Hellcat, as both aircraft types were flown by the Blue Angels back in 1946.