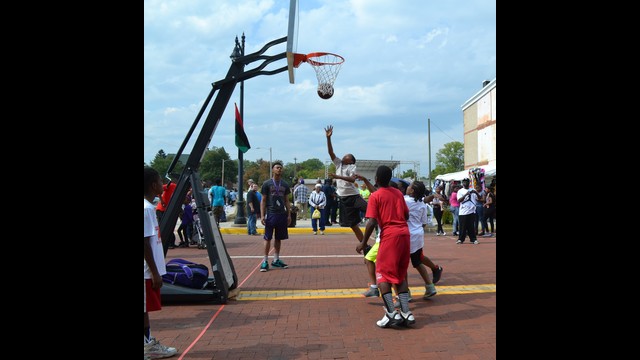 Festival of the Forks has been celebrated in downtown Albion, MI during the third full week of September since 1967.  Why do we call it the Festival of the Forks? Well, before Albion was ‘Albion’, it was referred to by settlers as ‘the forks’ -- the place where the two branches of the Kalamazoo River meet in the lower half of Michigan.

During the planning stages of last year’s Festival of the Forks, Albion decided to hold a 3-on-3 basketball tournament which we named in honor of Tillman Cornelius Jr., our beloved, deceased Albion Recreation Department leader. Fifty-six young and adult men played in Albion’s first ever, Tillman Cornelius Jr., 3-on-3 Basketball Tournament in September 2014.

Registration was free. Pre-registration was required. Brackets were determined and games commenced at 1 PM in downtown, Albion with assistance provided from the Albion College basketball team. Each player received a complimentary tee-shirt and tournament winners (within their age groups) received small prizes.

This year, we would like to expand and enhance the Tillman Cornelius, Jr., 3-on-3 Basketball Tournament to include women and girls. In order to do this, we need to purchase two additional portable basketball hoops. Last year’s two portable hoops cost nearly $3,000: we expect costs to remain roughly the same this year.

Likewise, with the addition of more players, we’ll need more prizes! We expect our tee-shirt/prizes costs to double or be near $3,000. Your financial contribution to the Tillman Cornelius, Jr., 3-on-3 Basketball Tournament is greatly appreciated and will help our women compete alongside our men in Albion, MI. 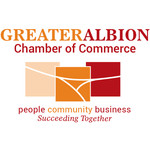