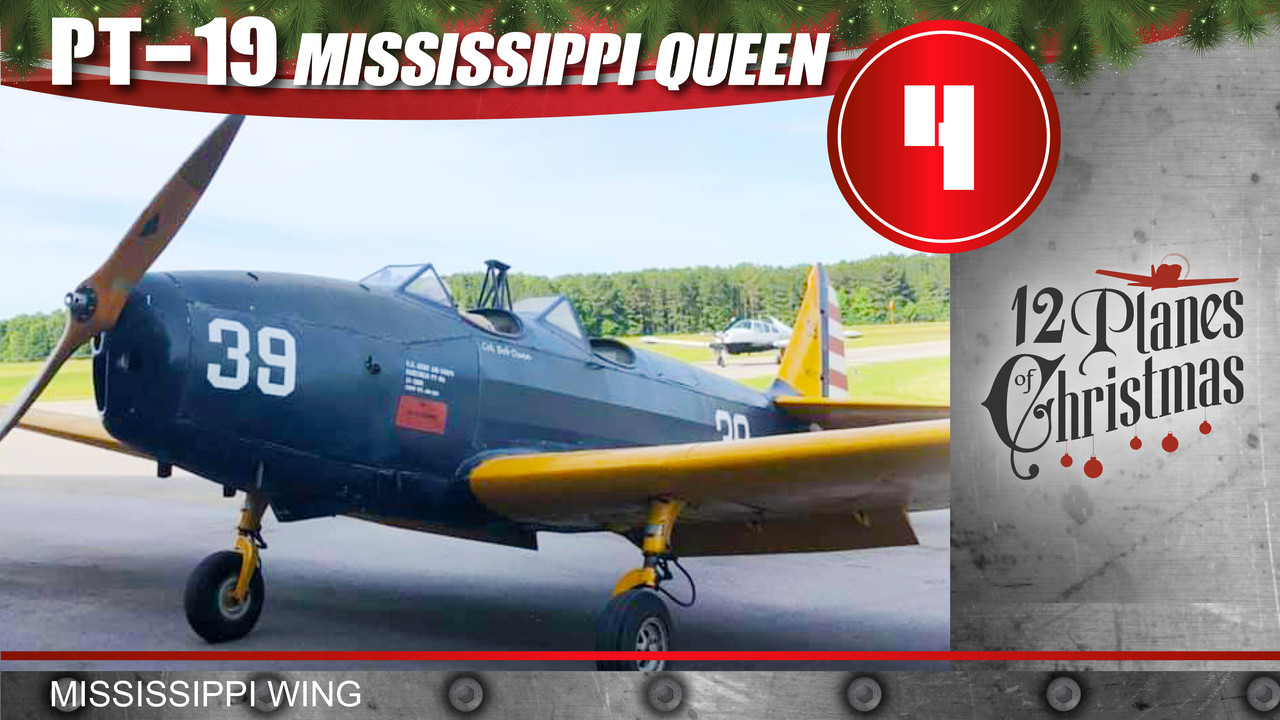 SUMMARY
Members of the Mississippi Wing named the World War II trainer Mississippi Queen earlier this year and aim to use the aircraft to tell the role that the great state of Mississippi played in preparing pilots for duty. They hope to have the aircraft ready to fly and exhibit in Spring 2021. They would like to complete some paint and fabric work and have a protective coating applied to the aircraft. In addition, they will need some avionics equipment, like headsets and a radio intercom system in order to perform flights.

PROGRESS
The Mississippi Wing members received this aircraft a few months ago, so most of the work completed has been to evaluate the condition of the aircraft and determine what work is needed.

Wing members are excited to dig into this project and fix a few spots on the fuselage and wings, plus raise funds for needed for the needed electronics, radio and headsets, by the Spring of 2021. The State of Mississippi has many important historic aircraft bases that were active during World War II. Using this aircraft to provide living history flights will enrich the educational opportunities available to people in the area. Especially, the ability to give tours over the many important historic aircraft bases throughout the state.


VISION
The PT-19 tells the story of what pilot training entailed and how young military pilots learned to fly these airplanes. To enforce the history of pilot training in Mississippi, the aircraft was named Mississippi Queen. This airplane will show young people today how the path to become a military pilot started and perhaps inspire others to seek a future in aviation.